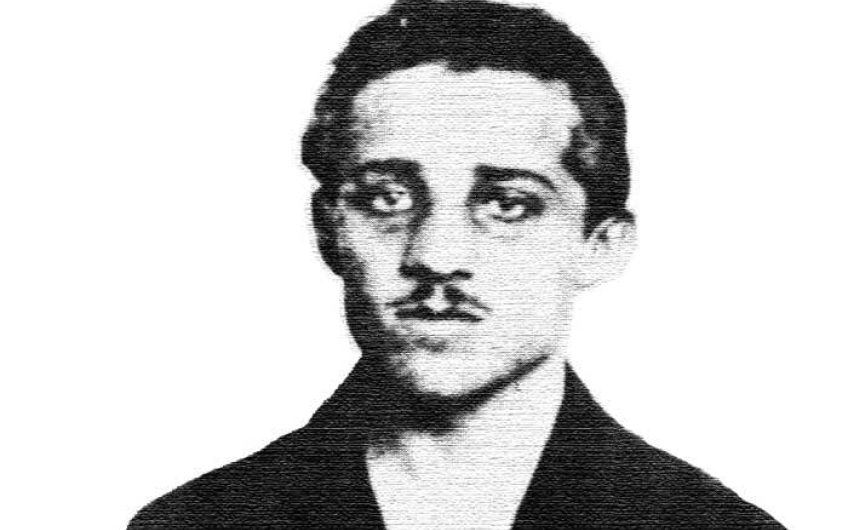 The First World War began on this Sarajevo bridge – a ‘turning point in history’ as school history books say. On 28th June 1914 Gavrilo Princip, a Serb, raised his pistol and shot Archduke Franz Ferdinand, heir to the Hapsburg Empire. Fadil, a Sarajevo Roma, trades cigarette lighters on the very spot where Princip stood. What does he think about it all?

He smiles broadly. ‘I’ve heard the Archduke was a good man. I’m not sure why they killed him.’ He shrugs. I buy four lighters for a euro. This is still edge city: most people are poor or very poor, and history very political. Sarajevo museum is still shut as no one can agree what should go in it. For us the assassination has been overshadowed by the horrors of the 1993–1995 siege. Surrounded by wooded hills, ruined factories and minarets, and collecting itself from so much violence, Sarajevo might be any muddled ex-Yugoslav town.

A hundred years is just beyond childhood memory – to the irritation of oral historians – but it is not so far for the oldest. How do Sarajevo oldies remember Archduke Ferdinand and his nemesis? As this is Bosnia-Herzegovina that depends on who you are, Serb, Muslim, or Croat. Some are uncertain, like Amela, a hotel manager. ‘Well, it was a big thing for Bosnia-Herzegovina. And we are a small place.’ Then silence.

People living in separate communities can be brought together in old age. In the long corridors of the ‘KJV’ Geriatric Centre in the Sarajevo suburbs, nearly three hundred and fifty old people live out their days. Dating from 1950s communist Yugoslavia, it is thoroughly East European and very large by British standards. Corridors stretch into the far distance, with numbered doors – the residents need to remember that number from day one. But first impressions are deceptive, and it is a friendly, caring and very tidy place with plenty of staff, decent food and good public rooms.

Osman Saric has lived in KJV for nearly three years, and is a cheerful, sparky ninety-year-old from nearby Mostar. As a young Partisan he fought the Axis, and went on to become a professor of agriculture. ‘We were brought up on the Serbian schoolbooks,’ he says. ‘I was at school under Royalist Yugoslavia before 1939. For them, Gavrilo Princip and his gang were heroes. They were revolutionaries, freedom fighters.’

His use of the plural is telling. The conventional image is of Princip plotting with masterly precision alone in some attic. In fact it was not like that at all. He was a member of the Young Bosnia revolutionary group, and close to the sinister Black Hand organisation – his fellow conspirators had attempted to assassinate the Archduke by the Central Post Office with a bomb earlier in the day.

Where is Princip now? In fact he has never left Sarajevo. After a trial of no fewer than 29 defendants and the predictable hangings, most were buried in paupers’ graves in the old Serbian cemetery of St Michael. His remains survived the turmoil of the 1990s and are still there, under an imposing monument built in 1939. Although virtually no Serbs live nearby today, it is carefully tended. But it is a serious spot, and shaven-headed young men with leather jackets and handgun bulges watch visitors. It does not seem a good idea to ask their opinion about Princip.

Some of the masonry for the monument was brought from Byzantine church ruins in Stolac, over a hundred miles away in southern Herzegovina. Stolac’s massive fortress was originally built by Justinian as part of his chain of forts protecting Byzantium. Symbolism goes back a long way here. The tomb is a mixture of legitimacies, the revolutionary (terrorist?) and the clerical, Byzantine and Orthodox. The inscriptions are incomprehensible nowadays to almost all Sarajevans but the use of so much medieval work has a clear message – these assassins are sanctified by Serbian Orthodoxy.

When discussing Princip in Sarajevo it is not long before the ‘T’ word comes up. A Serbian lady tells me that Princip was not a terrorist but ‘historically positive’. When was ‘terrorist’ first used about Princip? ‘Never in my time,’ Professor Saric replies. Terrorism as a term to condemn the St Vitus Day assassins arrived with the Izetbegovic Islamic government in the 1990s. As they consolidated power after the 1995 Dayton Accords, the bridge reverted to its old name of ‘Latin Bridge’, last used in 1921 (under Titoism it had been known as ‘Princip Bridge’). The tourist attraction of empty concrete footmarks placed so that you could stand where Princip stood were removed.

As a secular Muslim, Professor Saric’s views have evolved. ‘World War I started with this event. But my opinion of the history has changed over time. The Austrians did bring some modernity here. And in Bosnia that’s difficult.’ Then his mind wanders – he apologises for his patchy memory, there is a crinkly smile and he remembers warmly his one visit to England, to an agricultural conference at Cambridge. But then he returns to the dramatic event. ‘But without Princip and the Serbian army which swept into Sarajevo without any opposition at all in the World War, we might now all be speaking German!’ That was clearly a disturbing prospect. My interpreter, from a mixed Serbian and Croat marriage, agrees vigorously. But we are on politically marshy ground. Without German/EU money, there would still be a ruined city.

Then the smile returns – and a sense of the strength of the human spirit. We must go as it will be lunchtime and there might be dominos to play. Back in the city, looking down at the Miljacka, the Bosnian war seems near. On one bridge my friend the late Kurt Schork filed the greatest story of the 1993–1995 war, of lovers dying in each other’s arms. Bridges matter in the Balkans.