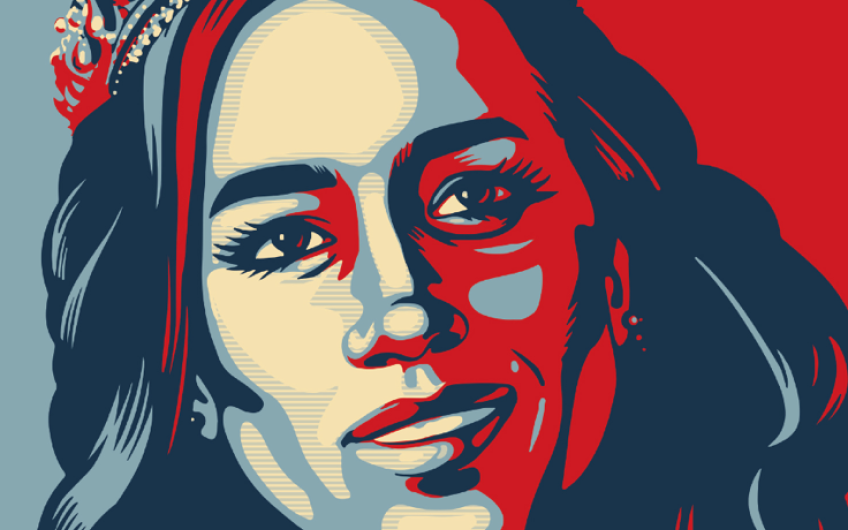 As the Duke and Duchess of Sussex come under fire for combining jet travel and climate change activism, Hugo Vickers praises the revolutionary princess, Meghan Markle

Meghan Markle is surely the most extraordinary addition the royal family has ever embraced.

It was always likely that Prince Harry would make an unconventional choice. His two main girlfriends, Chelsy Davy and Cressida Bonas, had backed away from the spotlight. Any bride who came onto the scene would have to compete with the perfection of manner of the Duchess of Cambridge, risking negative comparison, as was experienced by Sarah Ferguson when compared with Princess Diana. The media have, of course, tried to set Kate off against Meghan, by saying friction between the two has led to the Sussexes moving to Frogmore. Markle will have no truck with such nonsense.

What kind of a princess are we getting, then? An open mind is required. She is by no means the traditional royal bride. Prince Harry might have faced some problems had he wanted to marry her, say, fifty years ago. In 1936, Mrs Simpson was deemed unsuitable for having ‘two husbands living’; so, too, Group Captain Peter Townsend in the 1950s – a Battle of Britain hero, but an older man, with an ex-wife and two sons. It did not matter how delightful these royal suitors were in person; they failed the test.

Older readers may recall the plight of the Queen’s cousin, Prince William of Gloucester (killed in an air crash in 1972). He found a sweet girl in Tokyo, much loved by him, and greatly liked by all who met her. But Zsuzsi Starkloff was four years older than him, was twice divorced and had two children. She was Hungarian by birth, with a Jewish father who had been a prisoner of war in Siberia, and a non-Jewish mother who had risked her life by hiding a Jewish man during the Holocaust. On his return to London, the relationship ran aground.

Meghan Markle is three years older than Prince Harry. She has been married before, she is divorced, and much has been made in certain quarters of her ethnicity. She is an actress, too. So what do we have? The Prince and the Showgirl? In fact, we have a highly sophisticated and articulate human rights activist. She has made a smashing career for herself, has travelled the world, and is by all accounts completely delightful to meet. For those who like the more superficial qualities, she is well-dressed (at her own expense), lithe and beautiful, and, remember, the first royal bride ever to have addressed the United Nations.

On International Women’s Day 2015, she was UN women’s advocate for political participation and leadership, ‘proud [as she said in her opening words] to be a woman and a feminist’. She was global ambassador for the charity World Vision Canada, one of her missions being a clean water campaign in Africa. She has campaigned for gender equality, and, when acting, felt ‘empowered to say no’ when asked once too often to appear in Suits dressed in nothing but a towel.

So we are getting a political princess. Her first interview, with Prince Harry on the day of the engagement, was all about their idyll in a tent in Botswana. She then stressed their contented domesticity, rustling up meals in their cottage. That cottage is a modest but charming dwelling in the purlieu of Kensington Palace. It was once the home of Marion Crawford, or ‘Crawfie’, the ill-fated governess to the Queen and Princess Margaret. At one time, the cottage was where Princess Marina’s private secretary, Sir Philip Hay, lived; where, for what it is worth, I once went to chat with him – I recall a generously served gin and tonic.

The second interview was rather different. ‘The Fab Four’ – the Cambridges, Prince Harry and Meghan – were on the platform together, heralding their plans for their Royal Foundation. Domesticity laid aside, Meghan declared her intention to ‘hit the ground running’, and was full of talk about how women have a voice and how they need to feel empowered to use it.

Ah, I thought, her role model must surely be Queen Rania of Jordan, who travels the world, glamorous and articulate, talking of education and promoting human rights issues. Markle is certainly not Mrs Simpson, and, to be fair, she is not Grace Kelly either – the most recently prominent Americans to have married royalty, and with whom the media like to make tiresome comparisons.

Some say that a royal family – and in particular our royal family – must keep well away from politics, and fundamentally I agree with them. But I see a clear divide. They shouldn’t get involved with political issues such as Brexit or express sharp views about President Trump. It is fine that, in her earlier incarnation as an actress, she called Trump ‘misogynistic’, but now that would be crossing a line. However, the royal family travel extensively and they often see things that are going wrong and could be improved. For that reason, I commend Prince Charles writing to ministers, and, though it is unfashionable to say so, I believe he has a complete right to privacy. It is pure common sense that he should warn the Prime Minister that troops are going to war ill-equipped, and considerably better that he should make his warning in private rather than announce it on television.

Where he was on less comfortable ground was backing out of a banquet for the President of China in 2015 because, if he became king and the government wanted him to visit China, he might then refuse, or they might refuse to have him.

The Queen has entertained many a mass murderer – Romania’s Nicolae Ceaușescu, President Mobutu of Zaire, Robert Mugabe and Idi Amin – with dignity. We cannot fault her and we do not blame her – in the case of Ceaușescu’s visit in 1978, David Owen, the then Foreign Secretary, is the man to blame for obliging her to accept him.

Issues such as climate change and human rights are the prerogative of anyone with a public voice to which others will listen; and Meghan Markle can contribute a lot in that direction. The example of Diana, Princess of Wales and the landmines is surely an issue in this category. There is already a strong hint that Meghan and Prince Harry will become Commonwealth ambassadors, and what a great team they will make. When I was in Castries, St Lucia, recently, the first thing the locals said when Harry was mentioned was that, on his 2016 visit there, ‘he played cricket with our children’. It had struck the right chord.

Does the princess need any advice? I doubt it. She will know that the primary role of the royal family is to give the Queen quiet support – so no starry behaviour or competing. She will know, too, that a certain passivity does not go amiss; that the best-loved princesses in history are the selfless ones that help and give out to the many less fortunate than themselves. Her new role gives her a greater voice, political and otherwise, than ever before.