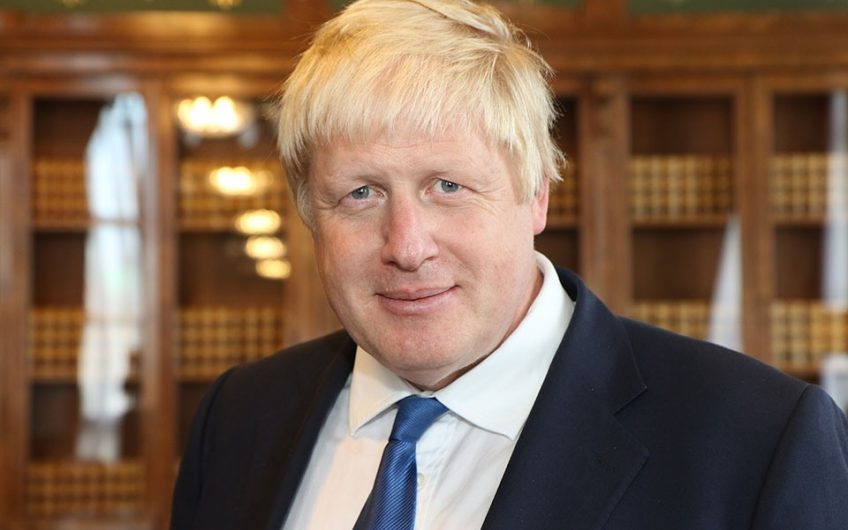 Just this week, Prime Minister Boris Johnson announced that he will put Manchester into Tier 3 lockdown, whether it likes it or not, and that he is ready to leave the EU without a deal. The stakes get even higher.

Tom Bower’s biography about the most dramatic political life since Churchill is timely. Johnson gambled everything to become Prime Minister and the reward looks pretty Faustian at the moment. But Boris has shaken free from the noose before and there must be a Robert Caro-style - or rather let’s call it a Charles Moore-style - biography still to be written.

The author of this one, Tom Bower, is flagged on the cover as Britain’s ‘top investigative author’, who has a cabinet full of scalps. This, interestingly, is not one of them. The only Johnson villain in the book is Stanley, Boris’s father. It is based on an interview with Charlotte, Stanley’s wife and Boris’s mother. She claims, most shockingly, that Stanley was violent towards her, and that he was a selfish and neglectful father.

Bower peers investigatively into people’s souls. “To understand the new prime minister required forensic examination of his relations with his father,” he writes.

Bower then presents Boris Johnson as an example of a psychological phenomenon, the ‘frozen child’. He is destined to repeat the fatal lack of seriousness and adulterous selfishness, and to grab even more greedily the glittering prizes.

There is a curious ecosystem to the Johnson children. Their childhood was both happy and unhappy. Their parents were both imperfect and loved. Stanley was not a role model in his relationships towards women but he taught Boris his code for living. Boris described it himself. ‘It was a world that believed above all in winners and losers, in death and glory.’

Stanley’s other motto sounds heartless: ‘Nothing matters very much and most things don’t matter at all.’ But it gave the Johnsons their attractive quality of resilience and humour in adversity.

The trouble with the field of human relations is that there are different truths. For what it is worth, one of Boris’s siblings told me that the portrait of Stanley in this book had caused anguish among them because it did not reflect his paternal qualities, including life-saving determination to keep the show on the road when their mother was taken into the Maudsley.

It is a feature of Johnson’s life that his fortunes and catastrophes have been both personal and professional. His political decisions splintered his family in the same way that Brexit divided the country.

He sank to the depths with COVID, as if he were the body politic.

The conventional thing to say about Boris Johnson is that he was the right Prime Minister at the wrong time. His optimism should have ushered in Brexit and Theresa May should have been the detail-driven public servant to get us through the pandemic.

But, reading this biography, I wonder whether the Lord of Misrule is the cause or the symptom of political turmoil.

It is a strange experience reading his biography because I have witnessed all of the periods of the book. I worked with Boris’s first wife, and attended their wedding. I knew Marina Wheeler, wife and mother, from childhood. I worked with Boris at the Telegraph and I was the editor of the Evening Standard during his second term as Mayor of London.

I am reminded of the writer and director Richard Eyre saying that he was usually disappointed reading journalism about people he knew. Even if the facts were right, the essential person was missing.

A fundamental characteristic of Boris Johnson is that he is elusive. The moments of revelation and clarity in the book are usually quotes from Boris Johnson. This detail, for instance: ‘I cycle because no one can tell me what to do.’

This book is really a play without Hamlet; so, once Bower has finished with his Freudian analysis, he turns to Boris Johnson’s record. There is a long and detailed section about his housing policy as Mayor. He respectfully transcribes conversations, for instance, between Johnson and his transport chief Peter Hendy.

Boris Johnson was encouraged to be mayor by the former editor of the Evening Standard Veronica Wadley and there is a lot of joint enterprise in their vision for London.

‘Veronica Wadley, the editor of the Evening Standard, then a paper of considerable influence in London, was frustrated by Cameron’s indifference to challenging Livingstone’s tired regime…. Wadley fixed on the only Tory matching her requirements. She had worked with Boris at the Telegraph and understood his potential... She told Cameron that the newspaper would support Boris and no one else.’

I smiled at the expression, “then” a paper of influence. Bower is commendable in his admiration for Wadley’s achievements; so perhaps it is journalistically pedantic to point out that she is also Bower’s wife and that she has just been elevated to the House of Lords by Johnson.

Johnson. Max Hastings, who was Boris’s editor at the Telegraph, has railed ever since that Johnson is a cad and a buffoon.

Bower gives Boris the benefit of the doubt in this book and sides with him against the ‘unctuous and fluent Simon McDonald’, the pro-EU Foreign Office civil servant, the vindictive Theresa May, the competitive David Cameron and George Osborne, and any other obstacles to Boris’s path.

The events of the Referendum until the present date are well-covered, although you do not get the feeling of being in the room that Tim Shipman evoked in his accounts. Neither does Bower have the stylistic elegance of Johnson’s other biographers Andrew Gimson or Harry Mount, who I should say is the editor of this magazine.

But the book does put the case for Boris Johnson and it is worth considering that there is method in the madness.

Is it a kind of genius who walks away from the wreckage? Is there a final act still to come?