It started with a few beer cans… 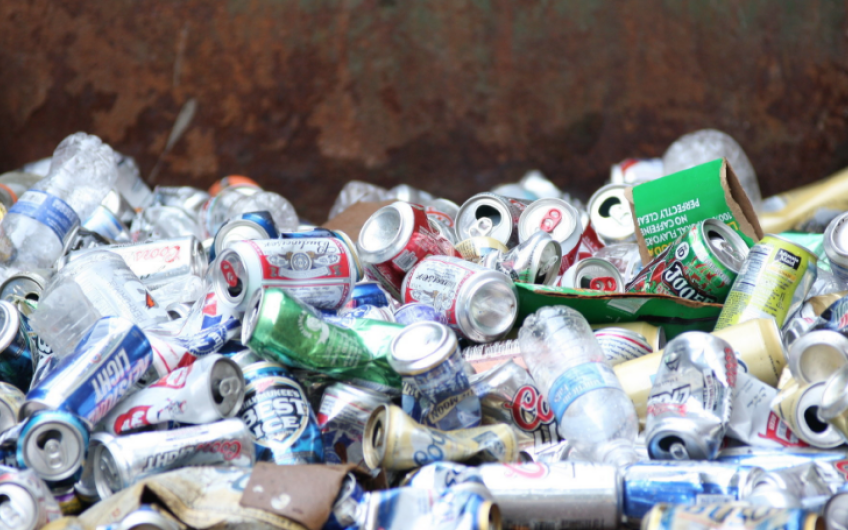 I can still remember when I started picking up other people’s litter. It was five years ago, outside my daughter’s primary school. It was her first day, and she didn’t want to be there. She’d had to leave her old school, which she adored, because we moved out to the suburbs. Like a lot of people, we couldn’t afford to live in central London any longer. As we walked to school that morning, I told her this new school would be just as good as her old one. In fact, I had no idea whether it would be any good at all.

The lane outside the school was strewn with empty beer cans. This made me feel angry. Most of all, it made me feel angry with myself. Those crumpled rusty cans seemed to sum up my failings, as a parent and a provider. I stopped and picked them up and put them in a dustbin in the playground. Did it make me feel any better? A little. Did it make my daughter feel better? Not at all. It was her first day at her new school, and her dad was acting like a ‘total weirdo’. She was embarrassed to be seen with me, and for once I didn’t blame her.

When I was young, I was oblivious to the rubbish all around me. What did I care if the street where I lived was full of windblown refuse? I was simply passing through. Yet once you reach middle age, you realise this is the life you’re stuck with. Where you live becomes a reflection of who you are. And you realise that, in the end, it’s marginally less annoying to remove the litter from your neighbour’s hedge or gutter than it is to be confronted by it every time you step outside. It may seem altruistic, but it’s actually entirely selfish. The only people we’re looking out for are ourselves.

Once you begin, picking up litter is horribly compulsive. You start with your own street, and end up patrolling the entire neighbourhood. You start with cans and bottles, and soon move on to fast food. I never leave home without several plastic bags, accumulated for this specific purpose. I draw the line at nappies, but I fear that’s only a matter of time. I can see this is a perverse variant of that cleaning disorder which afflicts some housewives. My front drive is spotless. My front room is a dump.

Like a lot of old fogeys, I frequently ask myself that age-old question: am I merely getting grumpier, or are things really getting worse? There was certainly no shortage of litter when I was a kid, back in the 1970s – I can still recall those patronising adverts telling us to Keep Britain Tidy, starring celebs such as Morecambe and Wise. One thing that’s changed is that modern litter is indestructible. I’m old enough to remember when people ate fish and chips out of newspapers, and sweets out of paper bags. That litter was an eyesore, but at least it was biodegradable. Even tin cans eventually rust away.

Today’s burgers come encased in nuclear-proof containers. Today’s discarded plastic bottles will linger in my local woods for centuries. The fly-tipping sites that surround my home will become treasure troves for future archaeologists. They’ll be digging up this stuff in a thousand years.

So what will those archaeologists deduce about our daily habits? What conclusions will they draw from all the things we throw away? An endless craving for alcohol – mainly super-strength beer and cheap supermarket vodka; an insatiable thirst for caffeine – drunk in industrial quantities, out of enormous cardboard beakers; a vast appetite for Kentucky Fried Chicken, and a chronic addiction to sickly, sugar-laden syrups, cunningly disguised as ‘sports’ and ‘energy’ drinks. They will measure the decline of smoking (fewer fag packets) and growing obesity (more crisp packets). They will track levels of Eastern European immigration by counting cans of Polish lager. I once worked on an archaeological dig, and the main thing we dug up was oyster shells. In medieval England this was a poor man’s meal, the takeaway of its day.

Naturally, I realise what I’m doing is rather eccentric – I sometimes return home with several carrier bags full of other people’s junk. Yet, even so, I’m still surprised to find what an unusual activity picking up litter is these days. I recall lots of like-minded busybodies putting things in bins throughout my childhood (I always swore I’d never become one of them), but clearing up the beastly stuff on a more or less daily basis, I’ve never seen anyone doing the same thing. Clearly, everyone around here must think I’m completely mad. As Toby Young (a fellow sufferer) told me, it’s now more taboo to pick up litter than it is to drop it. The Britain of my youth had its fair share of litter-bugs (like me). What’s vanished are the conscientious folk who didn’t mind telling us to pick it up.

It may seem trivial, but, like graffiti, litter is a significant social marker. Often, it’s a sign that things are beginning to go badly wrong. It tends to crop up in places where people have no sense of communal ownership. Slums have always been rife with litter, but nowadays I see more litter in smarter parts of town. As our houses become pricier, our streets are becoming scruffier. We’re retreating from the outside world – into our houses, into our cars, into cyberspace. Like those poor sods stuck in rundown tower blocks, we no longer feel proprietorial about the public spaces we used to share.

So does picking up other people’s litter make any difference in the long run? Of course not. I’m well aware that all I’m doing is pissing into the prevailing wind. Yet at least the lane outside my daughter’s school is now entirely free of beer cans. Well, almost. I still pick them up from time to time, but never when my daughter is around. I’m pleased to report that, eventually, she settled into her new school. But, for some reason, she never let me walk her there.