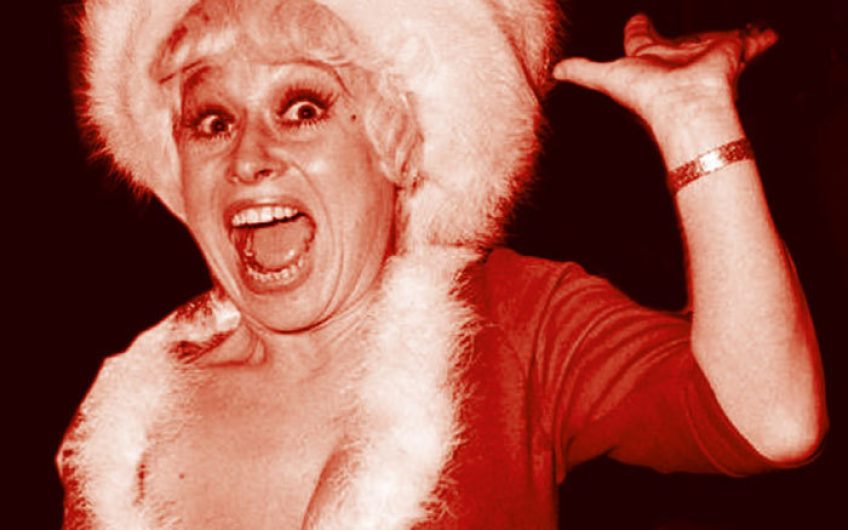 Advent calendar: Should be a visual thing or a candle. Chocolate doesn’t belong here.

Charity gifts: Be sure recipients aren’t expecting a real flock of chickens and rudimentary henhouse. Also, as with real gifts, baby goats are more Christmassy than schoolbooks or bicycles.

Christmas haters: Hating Christmas can be a cry for help.

Church: A bit like The Vicar of Dibley Christmas special, but longer.

Donkey: Apparently not in the Bible but who’s to say a donkey didn’t just wander in? See Purists.

U A Fanthorpe: Her Christmas poems are bliss.

Food: When it’s decided who’s going to cook the actual meal, treat the person like a demigod. Let them choose the telly and music and let them pull the wishbone.

Gifts: The only excuse for not making a huge effort is that you’re in hospital or prison, or have just had twins.

Handkerchief: Needed for wiping away Christmas tears, usually brought on by Raymond Briggs.

Jesus: The birth, and subsequent goodness of, being the original true meaning.

The King’s Speech: At the time of writing, this is a film starring Colin Firth, but one day it will be instead of the Queen’s Speech. We dread the day.

L-tryptophan: An amino acid in turkey. Some claim it causes drowsiness and will help you sleep right through the OTPO and the Queen’s Speech.

Needle drop: Avoid needle drop by keeping the house as cold as possible.

Nutcrackers: (Tool) popular with attention-seekers who will crack nuts inexpertly, say how much they love walnuts, but only eat one.

A tradition whereby presents are opened one person/present at a time while the assembly looks on. Tedious and embarrassing, on the whole, but good for funny gifts. See also Christmas lovers.

Onesie: Elderly relatives and Killjoys sometimes tell youngsters they can’t wear their reindeer onesie all day. Be prepared for this by greeting guests with the news that your youngster has had a wardrobe fire.

Princess Anne: Very Christmassy and sensible at the same time. My favourite of the royals.

Purists: The ‘Three Kings’ were, in fact, an undisclosed number of wise men. Hear the purists out, uninterrupted, but ignore. See Donkey and Killjoys.

Radio Times: The only part of Christmas that is essential and traditional. Devise elaborate marking-up system using highlighter pens.

Re-gifting: One of the most exciting aspects of Christmas (risky but rewarding).

Round robin: Letter sent by people with high self-esteem at Christmas before Facebook was invented; sadly, now endangered. Mocked by some but adored by me.

Secret Santa: do not take lightly. Your chance to shine in the workplace, school, college, home. See Barbara Windsor.

Time off work: the real true meaning of Christmas.

Underwear: Christmassy underwear can make a fun gift, but approach with caution. Avoid anything depicting turkeys or baubles, or stick to socks.

Vouchers: Boring, lazy, insulting, unless a personal pledge to wash the car (inside and out) and rinse sponge, or a marriage/sex proposal.

Xmas: No such word. My phone autocorrects Xmas to Xanadu without even asking me. But nothing wrong with this abbreviation; it comes from the Greek (X meaning ‘Christ’).

Yule: Good word for Christmas poems, but spell it correctly.

Zest: A vital ingredient in many Christmas dishes. Buy plenty of oranges and lemons and locate your zesting tool.

Nina Stibbe’s ‘An Almost Perfect Christmas’ is published by Penguin