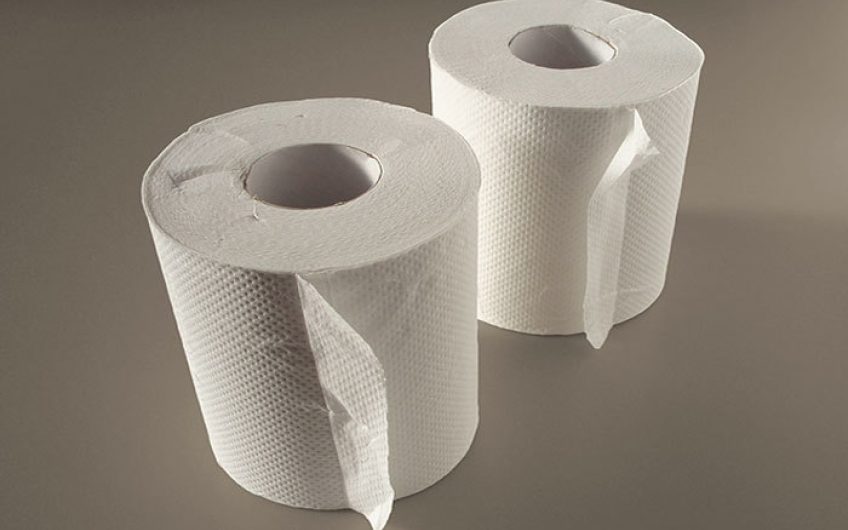 Things might have been bad during the pandemic – but at least we weren't reaching for the Bronco. Quentin Letts explains

Potter down the loo-paper section of a supermarket aisle today and you will be confronted by a baffling range of products. Will it be ‘Skin Kind’ paper, infused with aloe vera, or ‘Gorgeous Comfort’ quilts? How about ‘Gentle Clean’ rolls decorated with pictures of puppies, ‘Shea Butter 3Ply’, ‘Tissue Cream’, ‘Velvet Triple Layer’, ‘Cushelle Fresh Linen’, ‘Quilts with Plush Cushiony Layers’ or ‘Andrex Natural Pebble’?

Gone are the days when the choice of bog paper, like Brexit, was ‘soft or hard’. Soft, known by manufacturers as ‘crêpe’, was plain, white tissue paper. Hard was in later years probably one of two brands, Izal or Bronco. In earlier times, there were also such stalwart makes as Bulldog, Samson, Medipathic, Victoria and British No 1 Thin.

Hard toilet paper was opaque, crinkly, scratchy. Dreadful stuff, really – but cheap. It tended to be favoured by schools, nationalised industries and other ‘facilities’ where the management did not nurse particularly tender feelings towards the clientele. In Whitehall, hard loo paper had ‘Government Property’ stamped on it, either to prevent thefts or to remind civil servants that Big Brother was even with them on the crapper.

Generations of schoolchildren used hard ‘bumf’ as tracing paper – jolly handy when you needed to draw a map of the Isle of Wight or Rutland. In its prime function it was less praiseworthy. Hard toilet paper often had a slightly waxy, disinfectant coating which made it less than fully absorbent. Skiddy, too. Sometimes, no amount of it would bring a decent polish. You would hear the chap in the neighbouring cubicle huffing and puffing as he gave his hindquarters the most tremendous scouring.

My parents ran a boarding school and I had to put up with hard paper both in term-time, at the school where I was sent, and during the holidays back home. A cold, dank jacks with a swinging chain and the whiff of medicated Izal – this is one memory of my childhood. It was even used in the loo reserved for the school’s staff. This caused grumbles in the teachers’ common room but my father blocked his ears to them. Talking of blocking, rolls of hard paper would occasionally be thrown down the bowl by infuriated users. Despite that wax coating, they swelled to double their size in the water. This led to frequent flooding.

The Romans used sponges on sticks. A website called toiletpaperworld.com offers the information that toilet paper was invented c 50BC by the Chinese, using pulped bamboo. In 1391, the emperor of China reportedly had loo paper made in 2ft x 3ft strips. Only royalty had access to it. ‘The Bureau of Imperial Supplies began producing 720,000 sheets a year,’ says the website. Either the Chinese royal family was enormous or they had beautifully shiny bottoms.

In the dissolution of Britain’s monasteries, more than a few old books were torn up for the WC. Colonial Americans used corncobs and leaves, while others preferred straw and sawdust. In time, these were replaced by strips of old newspaper. At the beginning of the 19th century the Fourdrinier brothers perfected the manufacture of continuous rolls of paper in England; and by 1880, the British Patent Perforated Paper Company was producing toilet paper. It was not until the late 1920s that soft tissue paper became economically feasible and ‘splinter-free’ rolls hit the market, one manufacturer marketing its wares as ‘Mr Thirsty Fibre’.

Izal is no longer easy to find, and Bronco appears to have gone down the khazi for good in 1989. And if that brings tears to our eyes, it may only be the memory of using the stuff.

The hip way to stay healthy