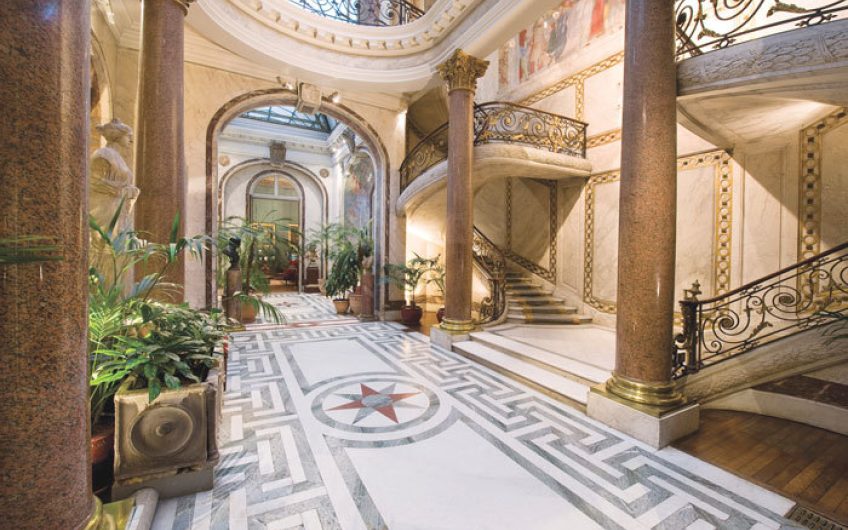 It’s because of syphilis you and I are here,’ the attendant tells me confidentially. We’re not in the waiting room of an STD clinic but in the elegant vestibule of the Jacquemart-André Museum in Paris.

In 1868 Edouard André, heir to a Protestant banking fortune, commissioned the fashionable architect Henri Parent to build him a bachelor palace on the new Boulevard Haussmann. On its opening in 1876, L’Illustration pronounced its winter garden ‘one of the wonders of Paris’, though the Goncourt brothers grouched about the relative shortage of decorated ceilings, tapestries and art – despite Edouard’s ownership of some fine Chardins, a couple of Rembrandts, a Van Dyck or two and stacks of 18th-century tapestries.

But the bachelor mansion lacked a woman’s touch, and there was no sign of a woman on the horizon. Nor was there much hope of one materialising after Edouard – now showing symptoms of the mental and physical decline associated with ‘la goutte’, as the French politely call it – fell into the clutches of a succession of shopaholic floosies. But just when his family feared a ‘ramolissement complet’ of the brain, salvation arrived in the shape of society portraitist Nélie Jacquemart.

Although not from ‘la meilleure société’ she was respectable, and a hurried marriage took place in June 1881. A prenup ensured that, in the event of Edouard’s death, his fortune would revert to the family.

The process of saving Edouard had begun. Within a year of the wedding Nélie was dragging the former invalid around Italy collecting art and antiques to make up the lack remarked by the Goncourts. After her marriage, she never again picked up a brush. She threw all her artistic energies into collecting on an institutional scale: if other Parisian bankers had art collections, the Andrés would have a museum.

Unlike her husband, who liked to acquire things at reasonable prices, Nélie had to have them at any price. This put her in competition with state museums – the Berlin museum director Wilhelm von Bode once complained that he’d visited his usual Italian dealers only to find that Nélie had got there first and cleaned them out. Her most ambitious acquisition was a set of Tiepolo frescoes from the Villa Contarini outside Venice. They took eight months to transport and install in the winter garden and dining room, now the museum tearoom – an upheaval that finished Edouard off, but not before he had changed his will to leave everything to Nélie. 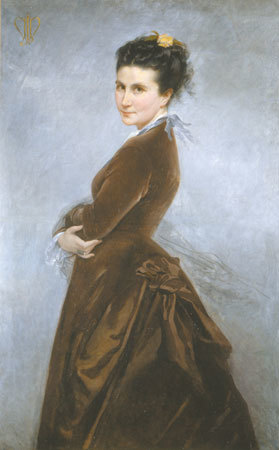 The widow assuaged her grief by transforming her unused upstairs studio into an Italian museum, a baby Bargello on the Boulevard Haussmann complete with Renaissance coffered ceiling, marquetry choir stall, Venetian fountain, carved stone tomb, any number of Della Robbia Madonnas and a pair of bronze Donatello cherubs. There are paintings by Mantegna, Botticelli, Perugino and Bellini, and a charming St George and the Dragon by Uccello with the suburban action set in an allotment.

But for syphilis, this odd but happy union might have produced heirs to a banking fortune. As it was, it produced a unique museum with a tapestry-lined tearoom that has to be the poshest in the world. Where else can you take tea under a Tiepolo ceiling? It makes Fortnum & Mason’s look like a greasy spoon.