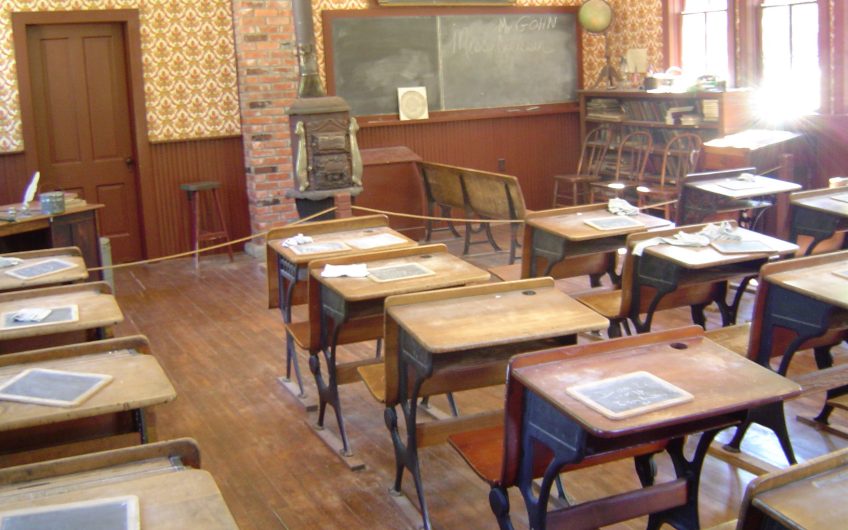 Time was you could turn up, like Evelyn Waugh or Aldous Huxley, and just give it a go. That’s how my own prep school teaching career began. As a graduate in English and Classics, I was naturally called upon to teach Art (by encouraging the children to imitate Jackson Pollock while listening to ‘The Rite Of Spring’), Geography (by staying one chapter ahead in my Usborne Junior Guide) and Science (by delivering outrageous half-truths such as ‘Enzymes make your mouth water.’)

But I loved it. I loved having a captive audience who would applaud my excruciating jokes. I loved being with kids who would come and tell you amazing facts they had found out the previous day, rather than waiting to be spoon-fed the next identikit lesson. I loved going off on a tangent and talking about whatever they wanted to know. (Not any more - that’s all done in PSHE these days.)

Teaching is a vocation. Being paid ‘extra responsibility allowances’ for taking on the chess club or the football team (and we weren’t) rather misses the point. It never was about the money. Teaching unions do their members no favours by encouraging rebellion. Prep schools have come a long way since my first employer reminded me that “gentlemen do not discuss salaries” but these establishments - at least, the ones which have survived - still rely heavily on the goodwill and commitment of their staff. “Payback” is knowing you have done a good job and have earned the respect of your pupils and their parents.

Fatuous arguments persist about small class sizes and compliant children. Prep schools have got it easy, they say. In fact smaller classes means higher expectations of pastoral care - and that means more time. Many parents send their children to prep school - and especially boarding school - because they cannot cope with them or (not infrequently) do not wish to devote their time and energy to them. Teachers are not only in loco parentis - >span class="bumpedFont15">praeter parente. Overseas pupils are a great addition to any school but every pupil brings their own challenges. The hours are long and the pay is still relatively poor. Sometimes we are expected to be nursemaids, social workers and child psychologists all rolled into one.

But where else could you teach poetry, take a football team, talk about Socrates, sing in a choir, lose at chess (several times) and rehearse a play you have written yourself? And that’s just in one day. I have worked with some extraordinary children and some outstanding as well as eccentric teachers. I have also worked with people who clearly did not like children at all or - in a few rare cases - should not have been allowed anywhere near them. Others were guilty of ‘gender bias’, either through showing favouritism or else not appreciating that boys and girls often have very different ways of learning.

Many readers - especially male readers - may have mixed memories of their prep school days. It is true to say there have been many improvements to the running of prep schools and that they have worked hard to catch up with the rubric of ‘Keeping Children Safe In Education’ and other Safeguarding requirements. The most recent Senior Management Team I worked with before retirement worked phenomenally hard to make sure everyone was well versed in the latest Child Protection measures, not least the regular tiresome updates issued by Gavin Williamson and his ilk.

And of course the system for vetting teachers, and for monitoring their professional development, is far more effective than it ever was. Teachers rarely wear gowns. They do not smoke their pipes in the classroom. Many of them are actually female (even some head teachers). And sadly they no longer write memorable reports (“He has set himself extremely low standards which he has consistently failed to meet.”)

Likewise the wellbeing of the children. Boarders are allowed to email their parents every day and ‘Facetime’ or ‘Skype’ them at least twice a week. Many of them now go home at the weekend anyway. In some prep schools even prep itself has been discontinued. And there’s no longer an hour’s Latin before breakfast. Even the dreaded spectre of Common Entrance is for most only a qualifying exam, confirming at the age of 13 the senior school place offered through ‘pre-testing’ at age 9 or 10.

Unlike a state school, whose reward for failure is to be turned into an ‘academy’ or some other centre for excellence, a prep school - in spite of its charitable status - is a business. Roughly a dozen schools across the country that I knew well have closed since I began my career. The reasons? Poor marketing. Lack of a development plan. Or just the bad luck to be in the same catchment area as other schools that were simply better. A good school can survive almost anything - even historical scandal - if it continues to be a good school. Especially if it’s located in the M4 corridor.

Many prep schools have opted out of the secure but expensive Teachers’ Pension Scheme, and also seem to maintain a 1 percent limit on annual pay awards. Clearly the rewards of a prep school teaching job are not primarily financial - but what is experienced en route can range from the exciting to the bizarre. Lunch at Eton, dinner at Harrow, drinks in the Long Room at Lord’s: all great fun and all done in the line of duty (no, really). Few jobs offer the chance to observe a Romanoff and a Brezhnev (both aged 9) arguing about the Russian Revolution. (Romanoff: If it wasn’t for you, I would be king of Russia! Brezhnev: Don’t blame me - it was Lenin!)

The first children I taught will now be in their mid-fifties. I do not know how many of these actors, writers, CEOs and Members of Parliament remember of their prep school days, still less remember me personally. But I hope they learned self-confidence. I hope they have enjoyed personal success. I hope they remember to ask when they are not sure of the answer (especially the politicians). And I hope they are still happy.