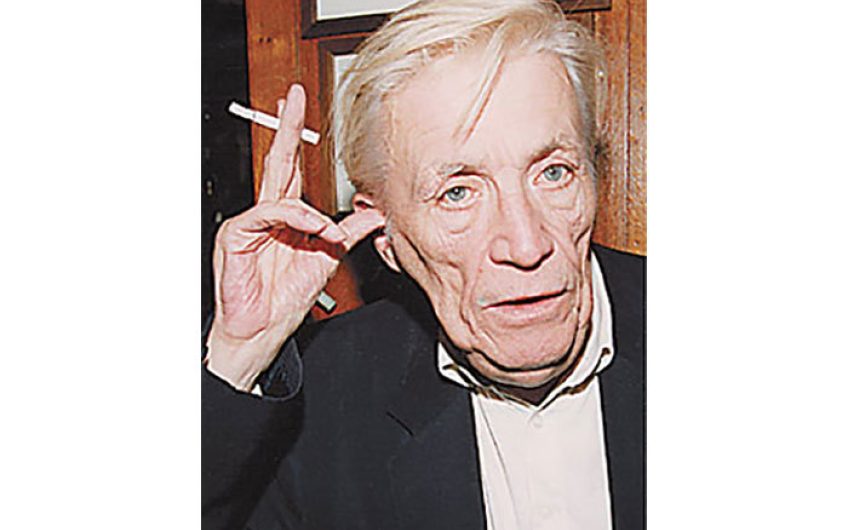 Max Glatt, who runs the drug and alcohol addiction unit at St Bernard’s hospital in Ealing, is recognised as one the world’s leading authorities on alcoholism. He once wrote a book called The Alcoholic and the Help He Needs. What he should have done was write a book called ‘The Abstainer and the Help He Needs’. My three-month spell in his ward was as unpleasant as anything I have ever experienced – with the possible exception of the company of drunks when I have been on the wagon – and I have been on it now for three months.

The penalty for this good behaviour is isolation, the absence of my friends and the lack of conversation with almost everyone I know since they appear to be drunk all the time. Can I have been so awful and boring myself? Yes. What is as bad is the fact that when I am not drinking I bore myself. I feel non-functional – a tea bag without hot water, bacon without an egg.

But it has never been my intention to get drunk. That has always been the inevitable accident at the end of the day. Most drugs either have side effects or they don’t work efficiently. I used to start drinking at 11 am, pub opening time, and reach my peak of well being at lunch time. Unfortunately that peak only lasts for up to two hours and then the wheels fall off, the memory evaporates, repetitiveness sets in alongside aggression or melancholy or both. The only unpleasantness I now miss is the one of telling people home truths.

If I didn’t find moderation to be so tedious I would say that it was the perfect state, but I must plump for being either poacher or gamekeeper. How did it all start with me, I often wonder, and when?

Hollywood and writers, nearly all of them American, certainly glamourised and even romanticised drinking, but we made the mistake of seeing Hemingway, for example, as a hero and not the ham that he in fact was. Mind you, I can’t think of anything more ghastly than the fact that were the Faulkners and O’Neills alive today they would be jogging from one health food shop to another. It would be like a celibate Erroll Flynn.

But Glatt’s book is a bundle of laughs – unintentional ones – to me. In a chart mapping the downhill progress of the alcoholic he marks one station of the descent as ‘Starts drinking with social inferiors’. People like Auberon Waugh do that every time they walk into a pub. But in spite of the fact that drunks may number among the most boring people in the world, one does meet some extraordinarily interesting people during the downhill struggle.

At the end of our three-month therapy in the hands of Max Glatt we all had to read our life stories, written during that time. Having read them out, other patients would raise questions and comment on them. I shall always remember that one idiot listened to mine and remarked, ‘It seems to me, Jeff, that you are always reaching for the moon.’ What else is there worth reaching for?

In the end Glatt never cured me. No one could. The only prerequisite to stopping drinking is to really want to. All I have managed to do since that experience is to control my alcoholism to a certain extent, and there is no virtue in my hitching a temporary ride on this wagon of mine. It has been forced on me by my pancreas which has become so enraged with me recently that it decided to haemorrhage.

It is a racing certainty that I shall drink again, probably some time quite soon. The likes of Glatt will put that down to what they call a ‘personality defect’. They may be right but it is my way of blocking out this ghastly world. I had hoped that my current addiction to tea might have turned me into a workaholic, but no such luck. I am idle too. It is a tiresome business to be addicted to addiction. But I don’t think I would change much – except for my pancreas.