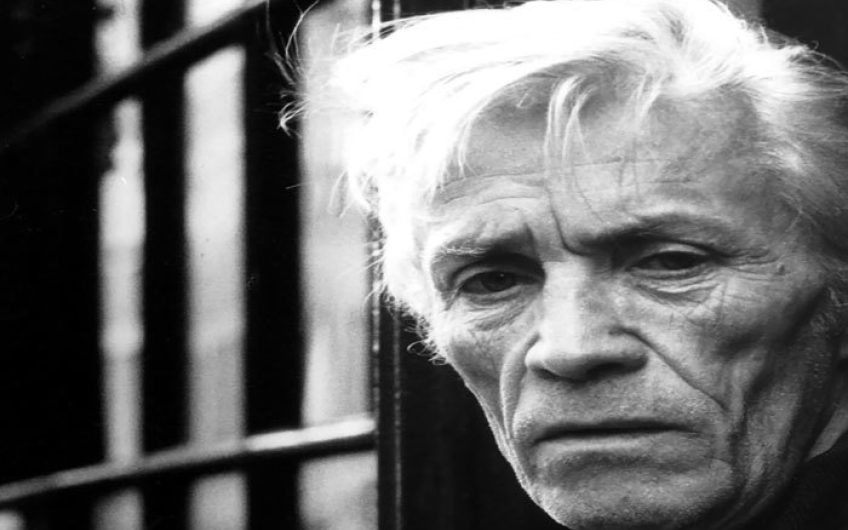 I see they’re putting on a new production of Jeffrey Bernard is Unwell, the comedy in which Peter O’Toole so brilliantly starred in 1989. This time it’s Robert Bathurst, from Cold Feet, at the Coach and Horses pub in Greek Street. I don’t know where they’ll find room for the audience.

They call it an immersive production, which is pretty much what Jeffrey himself put on in that very pub for the last 20 years or so of his life. ‘I drank to drown my sorrows, but now they’ve learnt to swim.’ If Jeffrey wasn’t the first to say that, there was no one better entitled to.

I once came in on a conversation between the cartoonist Michael Heath and a stagehand called Alan who drank in the Coach, discussing how much vodka Jeffrey was putting away in the Eighties. They reckoned it was a bottle and a half or two bottles a day. That is quite a lot. It accounted for the nightmares about being eaten by maggots, and then for the alarming physical deterioration which it was Jeffrey’s hobby to observe in himself.

It’s amazing that Jeffrey Bernard conversed coherently, let alone wrote his weekly Low Life column for The Spectator so compellingly. I’ve seen his typescripts (typed on the faithful electric typewriter Monica, on the desk with the bust of Nelson on it, in the room that for years he was given by Geraldine Norman, the saleroom correspondent of The Times, and widow of the slightly alarming scarfaced Frank Norman, author of the smash hit Fings Ain’t Wot They used T’Be). There was very seldom an emendation on those typescripts.

From a surprisingly few of those columns, Keith Waterhouse constructed the script of Jeffrey Bernard is Unwell. The title was taken from the line that appeared when Jefrey’s column was absent. It didn’t mean he was drunk, It meant that he was under the influence of the agonies of pancreatitis, or having cysts removed from behind his ears, or later a leg sawn off, from the effects of abused diabetes.

But Jeffrey’s conversation in the pub was a rehearsal for those columns (when he could remember later what he’d said). He was his own Boswell. I certainly spent more time in his company in those years than Boswell did with Dr Johnson, and I often recognised lines in his columns from talk in the Coach and Horses.

There’s an exchange in the play between a husband and wife, rare visitors to public houses, who dither over what they might like to drink. It’s as if the prospect of having a drink, once they passed the door, had never occurred to them. It was something Jeffrey had noticed in the Coach and mocked, as he batted remarks back and forward with us regulars.

A combination of observational humour, charm and sharpness made his conversation a pleasure, at least until he was overcome by hypoglycaemic torpor or was infuriated beyond the realms of civility. Like most of the Soho regulars he could drive people away with baroque salients of invective. That was a defence mechanism against the old enemy: bores.

If Jeffrey Bernard is Unwell was an entertaining play, best of all when O’Toole took the title role (since he and Jeffrey saw something in each other that they wished they could emulate), it was because Jeffrey had dived into the deep end of the long-running tragi-comedy of Soho bohemia, played out nightly in pubs and drinking clubs. The 1980s were its heyday.

I’ve tried to capture what it was like in my book Soho in the Eighties. I’ve never laughed so much as I did in those years, despite everything. Apart from Norman Balon, landlord of the Coach in those years (indeed, in a title he embraced, “London’s rudest landlord”), they’re all dead now.

I get a kick out of Cole