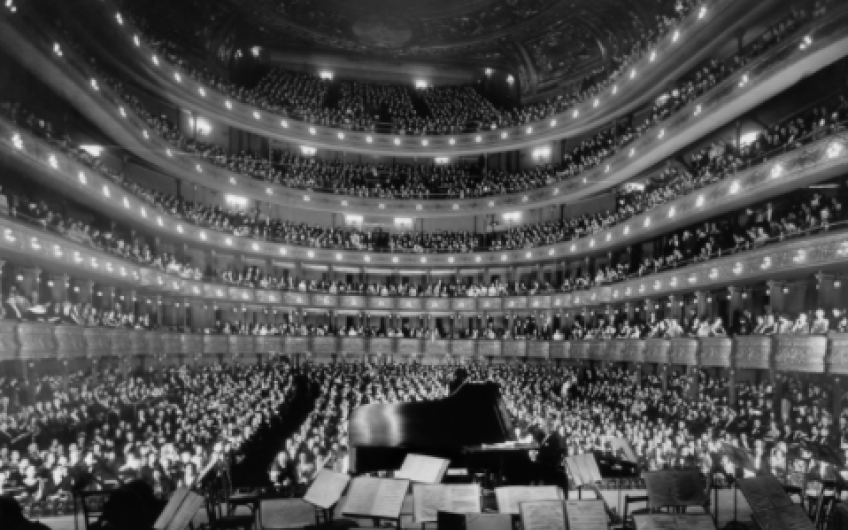 A breathless email arrived from Miriam Margolyes, currently giving a tour de force (sold out) performance  as Madame Helena Rubinstein. ‘It’s my 76th birthday,’  Miriam  wrote on a card illustrated with a Beryl Cook fat lady in her underwear  - a typical  Margolyan touch.  She had bought 76 tickets for a Sunday morning concert by a wonderful virtuoso pianist named Jeffrey Siegel. She asked everyone to buy another ticket, and bring someone who had never before experienced one of Siegel’s ‘Keyboard Conversations’.

Well - we went, and it was spellbinding.  That day it was Chopin. What Siegel does is give a witty little talk about why this piece – a Polonaise, a Tarantelle -  is a work of genius and originality.  Then he plays the piece  with great passion and fluency, and everyone now knows exactly what Chopin intended – even why Chopin was in that mood when he wrote it -- and listens with an enlightened ear.

As Miriam M says, 'Siegel adds immeasurably to the audience’s musical enjoyment:  we hadn’t really known before what to expect from a Polonaise or a Berceuse. Now we could recognise why Siegel called the Scherzo in C sharp minor "a schizoid scherzo".'

Near the end, Siegel bade Miriam take a birthday bow in her flowery dress, and then he rounded off with Chopin’s most familiar Polonaise in A-flat, op 53.  It was thrilling to know that his tireless left hand had to repeat a phrase 147 times...

Afterwards, he dealt agreeably with audience questions, such as ‘Why is it called a Polonaise?’ (the word is French for Polish, and was a fashionable dance). He also told us about his musical upbringing among string musicians in Chicago.  Siegel’s next London concert – he does just three a year – will be in November at the Rudolf Steiner hall just by Regents Park: featuring  Haydn, Mozart’s Rondo in A minor, Beethoven’s Sonata Pathetique.  Book now (www.internationalconcert series.eventbrite.co.uk, concessions £14) ) – it’s an uplifting way to spend a Sunday morning.