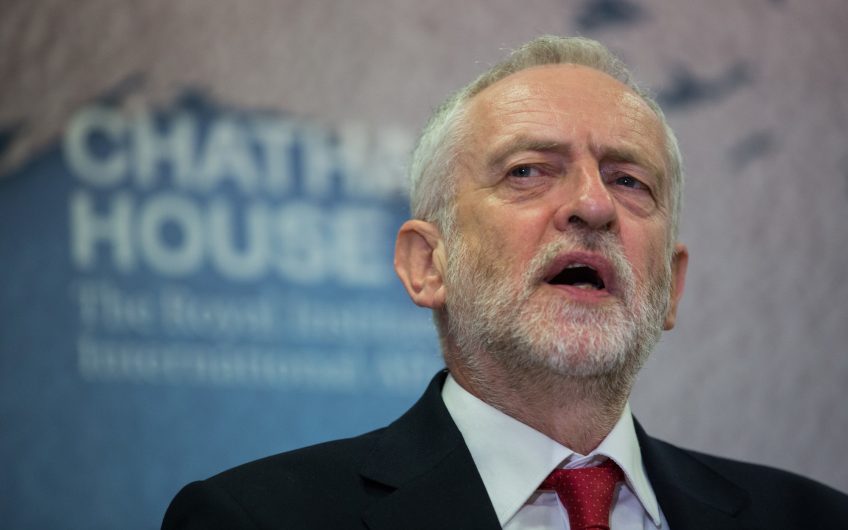 At the end of 2017, I and Mark Seddon – former editor of the Left-wing weekly Tribune – were commissioned to write a book about Jeremy Corbyn.

We were sure Corbyn would co-operate with two Left-wing journalists, both of whom he has known for several decades.

But six months went by, and our requests for an interview were still being stonewalled. We were not even getting as high up as communications director Seumas Milne. Corbyn’s office wasn’t giving us the smallest help or co-operation - was not even answering basic factual queries. Yet we were the most friendly writers Corbyn was ever likely to have.

We thought the problem must be his staff; so, in June 2018, we decided to see if we could get to Corbyn direct. That month, Corbyn went to Brighton to address the Fire Brigades Union (FBU) annual conference – and the FBU hired me for the week as its communications consultant.

That enabled me to fall into step beside Corbyn as he walked down the corridor, when his chief minder for the day, David Prescott, son of the former deputy Prime Minister John Prescott, wasn’t looking. Prescott clearly didn’t want me talking to Corbyn, and kept barking at his boss to stand somewhere else whenever I approached.

Corbyn seemed pleased to see me, and said something humourous and self-deprecating about the instructions his staff were giving him. But I knew I didn’t have much time. “Mark Seddon and I are disappointed that we still haven’t got an interview with you for our book,” I said, and I briefly described the book.

“You’re working with Mark on this?” he said, clearly surprised that he knew nothing of an interview request from two Left-wing writers he knows fairly well. “Of course I’ll talk to you and Mark.” Unfortunately, Prescott caught him at it, and brusquely hustled him away to stand somewhere else for the cameras, though there were no cameras present at the time. Corbyn looked at me from a distance, and smiled hopelessly.

I came across a couple of his minders a few minutes later. “Jeremy says he’s happy to do an interview with us,” I told them. One of them replied grimly: “Jeremy often says he’ll do something. That doesn’t mean it’ll happen.” And it didn’t.

My co-author Mark did, however, get to talk to Seumas Milne, after I left an enquiry about anti-Semitism (which was never answered). “I understand there’s a chapter about anti-Semitism in the book” he said. “No,” said Mark. “There are two.” “What?” Seumas was audibly shocked.

We later found that Corbyn gave an interview to Sky News political correspondent Lewis Goodall, who was working on a book covering the same ground. So why not us? I know Seumas has always felt angry with me for criticising his hero Arthur Scargill in an earlier book, but it can’t be that, can it?

One thing I’m sure of. Jeremy is a gentle sort of cove, yet somehow he has managed to make millions of people fearful of him. They don’t know him, and his office has kept him under wraps and made sure they don’t get the chance to know him. That contributed heavily to the disaster that has just overtaken him.