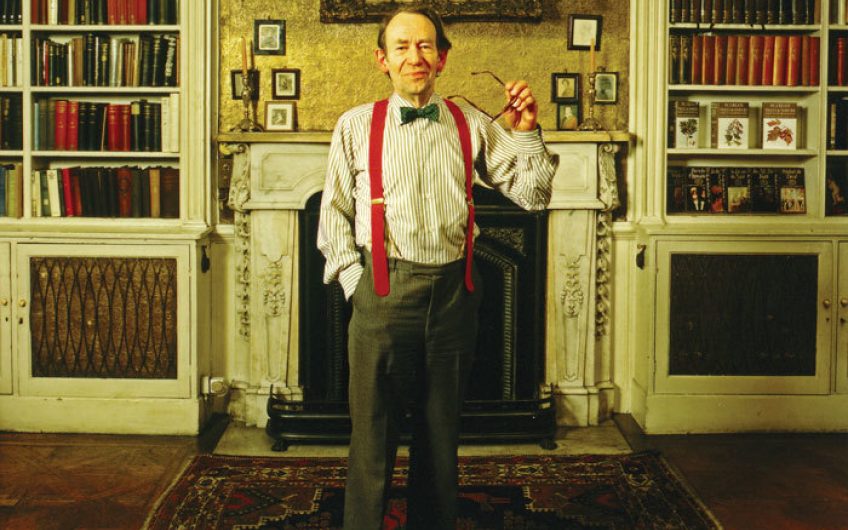 My last letter to my publisher, written from South Africa a few weeks before his death, told the sort of true traveller’s tale that delighted John Murray VI. Arriving at sunset in the isolated hamlet of Campbell on the edge of the Great Karoo, I had some difficulty finding lodgings; the local Afrikaners spoke no English and were suspicious of a female sexagenarian bicyclist, suddenly appearing out of nowhere. Then, in a tiny stone church built by English missionaries in 1832, I noticed a dusty glass-topped display case containing Livingstone’s Missionary Travels in South Africa (1857). This large volume, open at the title page, gave the publisher’s name and address: John Murray, 50 Albemarle Street, London. One hundred and thirty-six years later another Murray author drew from her passport that letter (To Whom It May Concern) with which Jock thoughtfully equipped ‘his’ travellers at the beginning of each journey. It was headed John Murray, 50 Albemarle Street, London. Beckoning to the uneasy Afrikaner couple now dwelling in Livingstone’s Campbell home, I pointed to the title page and then to my letter. At once they relaxed and smiled and invited me to stay the night. Even in the Karoo, pampered Murray authors can have occasion to feel grateful.

Jock’s relish for such linkages, and his lifelong obsession with the late Lord Byron, did not prevent his seeing in which direction Murrays should turn during the post-war years – a critical period for publishers. He marvellously combined the romantic – revering the past and to an extent emotionally dependent on it – with the shrewd businessman who realised that a successful publisher must have one foot in the future. The witty social Jock, all bonhomie and graciousness, eschewing the vulgarity of money talk, knew how to keep his own distinctive show on the road in defiance of transnational highwaymen. The House of Murray has survived since 1768 because each generation had the vision to adapt without compromising standards. The weight of tradition, although formidable indeed by the time Jock joined the firm in 1930, was never allowed to smother innovation.

But for a chance encounter with Penelope Betjeman I would never have met Jock Murray. Having cycled to India in 1963 I met her in Delhi and as we pedalled together through a crowded bazaar – Penelope with a load of firewood tied perilously to her carrier – I confessed to literary ambitions.

‘Of course!’ shrieked Penelope. ‘Marvellous journey! Marvellous book! You must send it to Jock Murray.’

‘To whom?’ I yelled above the blare of rickshaw horns. ‘To Jock Murray in Albemarle Street. You’ll adore Jock. Everybody adores Jock!’

This suggestion genuinely shocked me; lèse-majesté and all that. John Murray was associated in my mind with Jane Austen, Byron, Borrow, Darwin, Livingstone, Isabella Bird, Younghusband – not to mention Freya Stark, at whose shrine I had been worshipping since early childhood when The Valley of Assassins was read to me by my mother.

Back in Ireland, I ignored Penelope’s preposterous advice and simultaneously sent off three copies of the Full Tilt typescript, not really expecting anyone to accept it. Embarrassingly, everyone accepted it. Hastening to London to deal with this contretemps, I didn’t like what I found. Not for nothing was I a county librarian’s daughter who by the age of ten could tell from a distance the publisher of a given volume. (Fifty years ago imprints maintained a decent consistency.) I went on to develop some awareness of publishers’ wily ways and in London I sensed heavy editorial hands all poised to turn my book into their book. (‘Perhaps we could expand a little on that attempted rape…’) Telling everyone I would think about their offer I returned home and found a letter from Penelope – ‘Have you sent your book to Jock Murray? If not, why not?’ Thus it happened that a faint and dog-eared carbon copy went off to No. 50 Albemarle Street.

A week later I had been summoned to The Presence by telegram and was ascending that hallowed staircase, quite unwomanned by suspense and awe. Jock’s office was cramped, chaotic and almost as dusty as my own house. Typescripts, photographs, maps, manuscripts, newspaper cuttings, dust-jackets, bulging files and books old and new cluttered every surface, including the floor. In a corner sat ‘young John’, as he was then known, experiencing his first week as a publisher and looking almost as nervous as I felt. (Now that neophyte is John VII – which, it suddenly strikes me, has a disconcertingly papal ring.) This was a reassuring scene, far removed from the bright, tidy, sterile offices of Those Others. Very soon I no longer felt nervous. The legendary Jock alchemy was working; it seemed I had known this adorable person (Penelope had been right!) not for minutes but for years. Jock wanted to publish my Full Tilt and there was no squalid talk about baffling royalty percentages and terrifying promotion campaigns. Then came an invitation to stay at Cannon Lodge; like many another Murray author, I had found not only a publisher but a whole family of friends.

Jock was an exhilarating mix of the conventional and the eccentric. Stacking plates was an unforgivable crime but driving through red traffic lights – given a sporting chance of getting away with it – was just good fun. (Good fun for Jock, not necessarily for his passengers.) His famous frugality – typified by turning off lights in unoccupied rooms, wearing a slight frown as a general reprimand to whomever might have left them on – exactly accorded with my own. It could however slightly irritate some of the younger generation who found it difficult to reconcile with his equally famous generosity, overlooking the simple mathematical fact that the frugal have more with which to be generous.

Frugality also determined Jock’s advances to authors. He rightly expected a book to prove its worth before its publisher disbursed. The headline-grabbing advances with which the more notorious conglomerates wage their sordid wars caused Jock to smile one of his rather wicked small smiles and say nothing. Now, while those conglomerates lurch from crisis to crisis in a stormy sea of their own creation, loaded with bewildered, seasick authors, the little House of Murray sails serenely on.

Many of the Murrays’ ‘extended family’ of author-friends who enjoyed the hospitality of Cannon Lodge will remember Jock’s disingenuous habit of suggesting that ‘early beds’ would be a good idea. Then, having genially but firmly shepherded everyone upstairs, he would sneak away to work for two or three midnight hours on some typescript in urgent need of loving editorial care. And loving care was what those typescripts got, down to the last dash (of which he disapproved, pace Byron) and semi-colon. As an editorial team, he and his wife Diana were inspired and inspiring. Jock’s several pages of notes in tiny handwriting (‘mere minutiae’ he would murmur self-deprecatingly) acted like those pinches of yeast that lighten a mass of dough. Then Diana would produce her notes, approaching the typescript’s problems from quite other but equally important angles; this was yin and yang in perfect balance. The loving care devoted to typescripts was extended to their creators, whether successful or not. So tender-hearted was Jock that even unknown would-be authors caused him many a sleepless night. How to word a kind rejection letter to someone who had plainly laboured for years on some utterly unpublishable work? Regularly Jock was reminded that printed rejection slips are standard practice in the modern age; then he would brandish his eyebrows in his inimitable way, thus conveying that no such barbarism was acceptable to him.

At the root of Jock’s celebrated charm was his respect for his fellow beings and his awareness of their vulnerability. The effervescent, inquisitive, enthusiastic Jock, often melodramatically gesturing, usually ready with the appropriate aphorism or bon mot, was in part a cover-up for that other Jock whose own vulnerability was extreme and whose last months were darkened by the Bosnian tragedy. His caring for his authors was only one aspect of his caring for all of humanity.