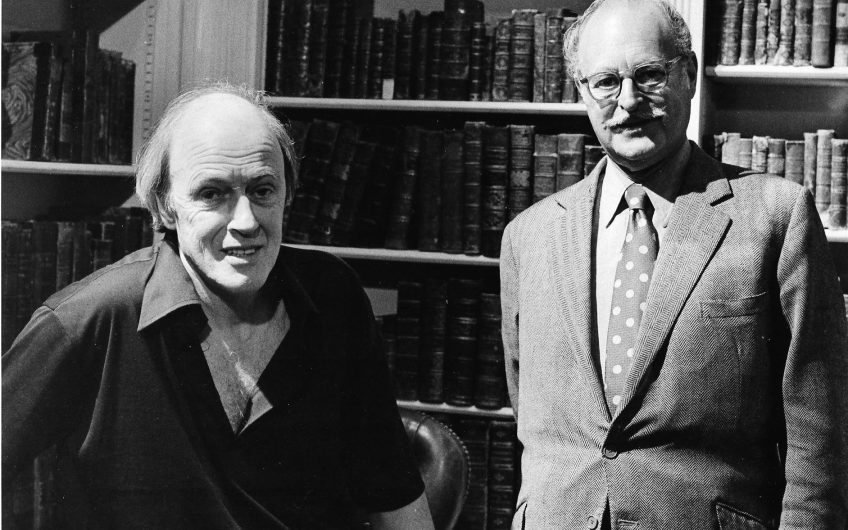 “Two old people going up and down a river. Who’s interested in that? You’ll be bankrupt!” Those words of advice were given by Sir Alexander Korda to the fledgling producer John Woolf who thankfully disregarded them and went on to one of his greatest successes The African Queen.

Woolf was a man of instinct backed up by a thorough grounding in the film industry. He was the son of Charles M Woolf who had made a fortune as a film distributor so John and his brother James were born into the business. Following education at Eton and the Institut Montana in Switzerland John joined his father’s company and eventually rose to the position of Joint Managing Director of General Film Distributors.

But after his war service he felt it was time for a new venture and together with his brother he decided to start Independent Film Distributors which opened up a new avenue for British film producers. Although the movies showed respectable returns the American market was unimpressed. They decided to take another chance and formed Romulus Films. It was the time of the House Un-American Activities Committee and John discovered that MGM had cancelled Albert Lewin’s production of Pandora and the Flying Dutchman as the director was not in favour with members of the committee. Romulus stepped in and offered to set it up as a British production. Ava Gardner and James Mason were dispatched to Spain and Lewin began shooting.

It was a learning curve for the Woolf brothers. John admitted “We didn’t have much experience as producers then. It was too long and I couldn’t get Lewin to cut it, but in many ways it was a brilliant film.” It wasn’t the breakthrough they were looking for, but they didn’t have long to wait before they hit gold.

CS Forester’s novel The African Queen had been lying neglected since Sir Michael Balcon had passed the rights to Columbia who then sold them to Warner Brothers who planned to film it with Bette Davis and David Niven. That never happened and producer Sam Spiegel and director John Huston snapped them up but couldn’t find a backer. John Woolf found most of the finance on the understanding that Spiegel would look after the rest. Unfortunately the American cash failed to arrive and Woolf was forced to stand as security for the completion guarantee. If the movie failed Romulus would go the wall.

Woolf tried to keep costs down as most of the production would be shot in what was then the Belgian Congo. When cameraman Jack Cardiff asked for two extra lamps Woolf replied “My dear Jack, you don’t need lamps in Africa! That’s where all the sun is!” But he did relent when Cardiff explained why he needed them and the use of the lamps eventually saved money..

The shoot was a difficult one with most of the cast and crew falling ill thanks to the local water, all except Humphrey Bogart and John Huston who drank nothing but whisky. Katherine Hepburn had bottled water sent out to her and she washed her hair with it. The movie was a worldwide success and Romulus was not only saved but placed on the international map with two Oscars to its credit.

Buoyed up be this success Woolf convinced Huston to direct Moulin Rouge, the story of Henri Toulouse-Laurtrec but as much of the filming was in the studio he was better able to keep an eye on the budget. When it came to the ballroom sequence Woolf asked the director when he planned to finish it and was told it would probably be Tuesday. “That’s a pity,” said Woolf, “I’m striking the set after Saturday.” Huston finished on time.

The movie won three Oscars and was another hit prompting Huston to offer up another project, Beat the Devil, which the director promised would be another Maltese Falcon. Woolf reluctantly agreed unaware of the fact that the script hadn’t been finished before production began in Italy. Robert Morley who was in the cast cabled Woolf: “Now we are returning to the capital. I doubt whether your capital will return to you.” It was a failure but through the years has achieved a cult status.

John Woolf was famed for his quick decisions and when he saw a television interview with writer John Braine he went out the following day and bought a copy of Room at the Top. The next day he bought the screen rights. His only problem was that the censor awarded it the expected ‘X’ certificate which meant that the Rank circuit wouldn’t touch it and the ABC circuit was reluctant. Woolf knew he would have to prove the film's commercial worth and booked it into The Plaza in London where cues started forming prompting ABC to offer a full circuit booking. Simone Signoret won an Oscar and so did screen writer Neil Paterson.

Woolf was at the opening night of the stage musical Oliver! Impressed by Lionel Bart’s music and Ron Moody’s performance as Fagin he set about acquiring the screen rights. Columbia was happy to finance the movie but they didn’t want Ron Moody. Their first choice was Danny Kaye and when Woolf turned him down they suggested Peter Sellers and later Peter O’Toole! Woolf stuck to his guns and Moody got the part. It was John Woolf’s biggest success and netted him a Best Movie Oscar.

He also moved quickly to acquire the screen rights to Frederick Forsyth’s The Day of the Jackal after having read the book before publication. Woolf was so impressed by the writer that he also took options on his next two unwritten novels. Of course there was the occasional setback. In the mid fifties he took an option to film The Mousetrap which had been running for a few years. But there was a clause in the contract that stated that principle photography could not begin until six months after the closure of the West End production.

His interest in television had begun about the same time when he sold a package of Romulus films to television. There was much criticism from many cinema owners, but soon other distributors began to sell to the new market. By 1958 Woolf had taken a step further and became a major investor and director of Anglia Television, using his experience and contacts to set up the new drama department. The companies single dramas did exceptionally well and won awards but Woolf had his eye on the international market. He talked Orson Welles into fronting a series of half hour mystery stories featuring stars from both sides of the Atlantic many of whom had worked in Woolf’s films.

Then one night Woolf went to a party and met Roald Dahl who had not been happy with the way his short stories had appeared on television. Woolf outlined an idea for a series which would become Tales of the Unexpected. That’s when I first met him and for the next five years I produced the trailers for the series. He wasn’t an easy taskmaster but when it came to promotion he knew what he was talking about. Back in 1938 he had put up posters which stated “Go and see Pygmalion? Not bloody likely.” The box office tills rang and the film was a hit. As I began to work with him I realised that one of his many talents was that he could get the best out of you by pushing you beyond what you thought were your limits, and most of the time he got the results he wanted. We argued with each other but they were constructive arguments. I remember him telling me about visiting the composer Georges Auric to hear his music for Moulin Rouge. After Auric had finished playing the theme Woolf shook his head. In desperation the composer opened a drawer in his desk and took out a piece which he thought might have a use. It was a waltz and when Auric played it Woolf nodded. Not only did it become the film’s main theme but it made Auric a small fortune when it became a hit record.

John Woolf received a knighthood in 1975 but the real tribute to his career is the work of the many talented people he discovered and encouraged. He knew how to bring out the best in them and they knew it as well and remained loyal to him. When Telly Savalas travelled to Norwich to appear in a half hour episode of Tales of the Unexpected he told me that he was there for John Woolf.

Bryan Forbes summed up John Woolf perfectly when he described him as “a midwife for talent and smacked many of us into life.” If he had heard that he would have shaken his head, but later he would have smiled.