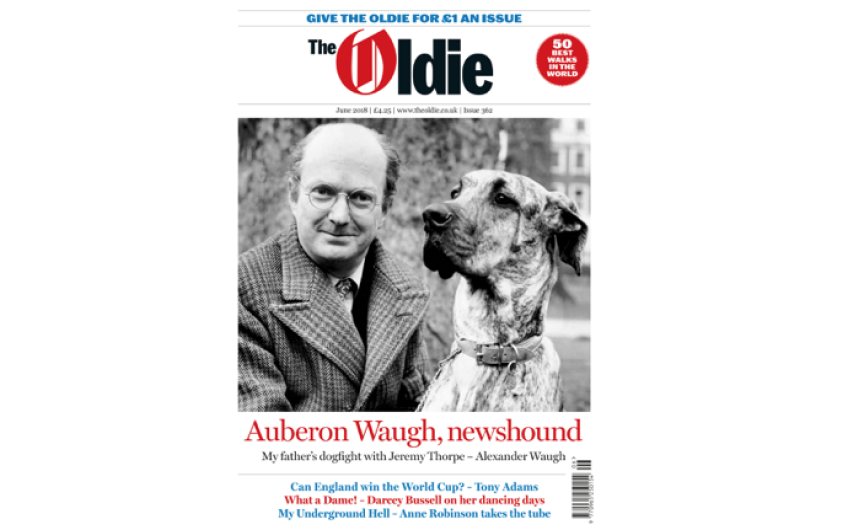 The June issue of the magazine is crammed full with books and arts exclusives, and family memoirs;

As a new drama, starring Hugh Grant as Thorpe, hits our screens, Alexander Waugh recalls his father’s campaign for the Dog Lovers’ Party, standing against Jeremy Thorpe in his North Devon seat in the 1979 election.

The former Arsenal and England captain remembers that 1998 game against Argentina, when England came so close to World Cup glory, before David Beckham got sent off.

James Pembroke has lunch with the Queen of Mean in Middle Temple Hall, only for her to accost the judge behind the Leveson report.

The 50 best walks in the world – Charlotte Metcalf

From Tibet to the Cotswolds, ex-lawyer William Mackesy has been striding around the globe in search of the greatest strolls on the planet.

Naipaul vs Naipaul
Savi Naipaul Akal, the sister of Nobel laureate VS Naipaul, recalls his frostiness to his writer brother, Shiva – and VS Naipaul’s love affair which tore the family apart.

PLUS Ferdinand Mount on being painted by his uncle Henry Lamb;  Darcey Bussell fondly remembers her dancing days; and Peter Florence on setting up the Hay Festival 30 years ago

A N Wilson – the man who knows so much - Frances Wilson