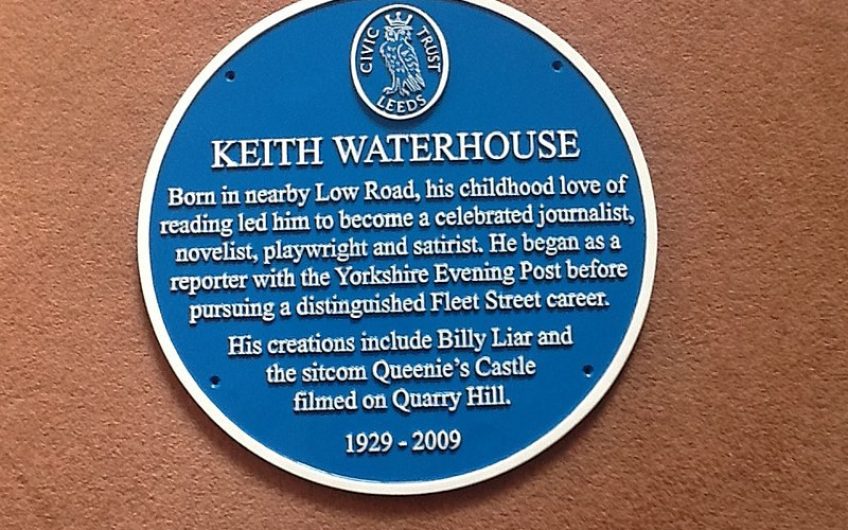 One of my more treasured possessions is a copy of Keith Waterhouse’s The Theory and Practice of Lunch, inscribed by the author ‘To Christopher Matthew, a good lunch companion.’

This was an honour granted to few. Keith took lunch seriously. He was very particular about what it is not. ‘It is not,’ he wrote ‘prawn cocktail, steak and Black Forest gateau with your bank manager. It is not civic, commemorative, annual office or funeral. It is not when either party is on a diet, on the wagon or in a hurry.’

He was equally precise about what it is. ‘It is a mid-day meal, taken at leisure by, ideally, two people. Three’s a crowd, four always split like a double amoeba into two pairs, six is a meeting, eight is a conference. It is essential that lunch companions are drawn together by some motivation beyond the pangs of hunger or the needs of commerce. A little light business may be touched upon, but the occasion is firmly social.’

Others had their own rules and prejudices. Robert Morley deplored anyone who waved away the dessert trolley; for Kingsley Amis the most depressing words in the English language are, famously, ‘Shall we go straight in?’

Forbidden at Waterhouse’s table were ‘Oh, I’ll just have an omelette or something,’ and ‘All right, so long as you don’t mind drinking most of it yourself’ and ‘Why don’t we split the bill?’

Unlike dinner, which all too often involves couples you don’t know very well but owe a meal to, lunch has a mildly illicit feeling to it. You can happily invite a lady who is not your wife in the knowledge that you will almost certainly not be obliged to escort her home afterwards, since both or either of you will have appointments to keep, offices to get back to or birthday cards to buy. Lunch should be with someone you know, or want to know. It is the perfect means for continuing a relationship.

‘Lunch at its lunchiest,’ Waterhouse concluded, ‘is the nearest it is possible to get to sheer bliss while remaining vertical.’

Keith was as particular about where he lunched as about what he ate and drank. Everything had to be just right: the surroundings, the service, the position of the table, the mix of fellow lunch companions, the lighting, the noise levels.

It was always wise to ask him to nominate the venue. In a list of some fifty favourites worldwide, ranging from the Algonquin in New York to Le Train Bleu in the Gare de Lyon, a good old fashioned London restaurant would always rank near the top.

Chez Victor in Wardour Street, L’Epicure in Frith Street, Langan’s in the Old Brompton Road: these were where he felt most at home.

He was especially fond of Chez Victor. It was the first restaurant he could afford when he came to London from Leeds in 1951 and it had never disappointed him.

‘You know as soon as you set foot across the threshold here that you’re in for a good lunch,’ he declared once as we settled over the plain white tablecloth.

He gestured round at the dark red and cream paintwork and the Chianti bottle lamps with their Festival of Britain period basket shades.

‘It looks,’ he said, ‘just like a set for one of those Danziger Brothers black and white B pictures, with Edgar Lustgarten sitting at a table saying, “It was in this Soho restaurant that vivacious Yvonne ate a meal, walked out into Wardour Street and was never seen again”’.

Places to be avoided at all costs included anywhere that had a plywood cut-out of a chef by the entrance, holding a menu; and where they had piped music - or, for that matter, unpiped music; and where the bill arrived in a padded leather cover, with a mint.

Enthusiasm for Waterhouse was one of the most important ingredients in a good lunch. Good lunch companions, he believed, should always be prepared to break their rules about what they usually eat and drink. The morning was prime time for writing, so lunch should always be prefaced by a bracing aperitif to activate the palate – a vodka Martini, perhaps, or a Bloody Mary ‘with all the works’, or, best of all, a half a bottle of Bollinger – before moving on to something crisp and light and white, ‘not in a bucket at the other end of the room’. He, rather than the waiter, should be the one to control the flow.

Asked to nominate his perfect lunch, he said that, spoilt though he was for choice, and after much ‘mouth-watering reflection’ he would always plump for the vine-hung terrace of Locanda Cipriani on Torcello in the Venetian lagoon, and a simple meal of a light canneloni, a plate of grilled prawns, a salad and wild strawberries, with the campanile bell tolling sleepily and a cat basking in the garden.

There was a restaurant in Sorrento, which ran it a close second. His then lady friend had discovered it while he was back at the hotel, hard at work, as usual. Even on holiday – indeed, especially on holiday – Keith expected to get plenty of writing done.

It was as perfect a lunching venue as it would possible to imagine: a covered terrace with a breathtaking view over the glittering bay and, in the far distance, the hazy outline of the island of Capri, like a purple smudge in a Japanese painting.

As the two of them sipped prosecco beneath the brightly coloured awning, a middle aged couple, obviously English, paused to examine the menu attached to a post beside the entrance. The wife walked on down the street, while the husband peered inside.

She stopped and turned.