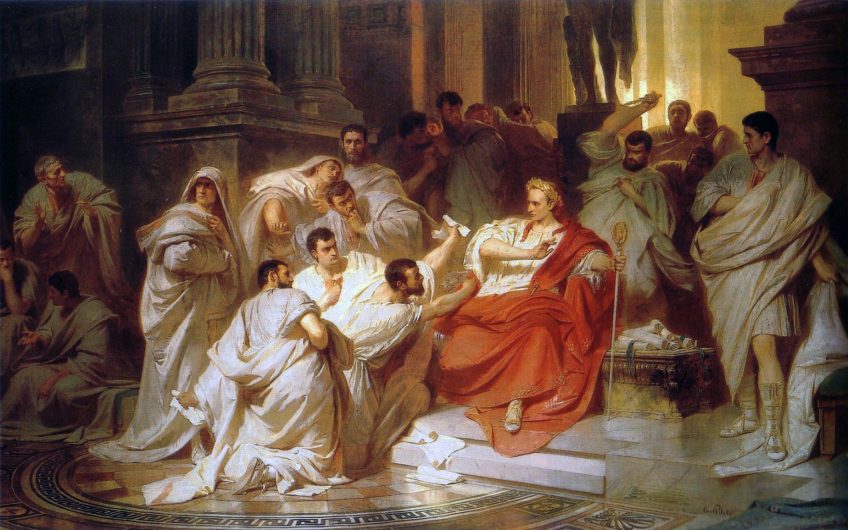 Today, on Radio 4 at 4pm, Mary Beard tells the story of Kennedy's Latin Primer in 'Amo, Amas, A Musical'.

The book of books – which gives you the Latin declensions, conjugations and all the rest of it – was written by the Shrewsbury headmaster, Benjamin Hall Kennedy, in 1875, and revised by Sir James Mountford, Liverpool University’s Professor of Latin, in 1930.

My father tells a story about the great fortunes made by the writers of Latin and Greek grammar books. There may never have been that many people doing Latin or Greek at any one particular time but every one of them needed a Lewis and Short dictionary and a Kennedy’s Shorter Latin Primer.

The Primer was the vademecum (literally “go-with-me” – a crucial book you take everywhere with you) of the Latin-learning boy. And it was normally boys; in the old days, quite unfairly, more boys than girls tended to learn Latin and at an earlier age.

With its distinctive psychedelic, bleached-blue cover picture of the Colosseum and its ancient-looking font – as if a Roman sculptor had just finished carving it into a tablet – the Primer was a popular target for graffiti. With a few deft Tipp-Ex strokes, it was quickly transformed by a million schoolboys into Kennedy’s Shortbread Eating Primer.

Boys bought multiple copies because primers got so heavily mutilated and were often stolen because they were so vital. Anyway, so my father’s story goes, the money made by the schoolmasters every year out of a fresh generation of eight-year-olds, and a staler generation of nine-year-old graffiti artists who had to replace their copies, was so vast that the masters decamped en masse to live in tax exile in vast, deep-eaved chalets by Lake Geneva.

If you took a walk by a Swiss lake in the 1930s – the peak time for the writing of Latin grammar books – you could hardly fail to bump into knots of bespectacled millionaires swapping gags about ablative absolutes and rogue gerundives.

Here, footling around in a rowing boat in the shallows of Lake Geneva, was Benjamin Hall Kennedy, the original writer of the Primer, in deep conversation over cognate accusatives with the man who revised it in 1930, Sir James Mountford. There was Liddell, deep in conversation over a gluhwein with Scott about the correct Greek word for the most terrible of Athenian punishments – “to stuff a radish up the fundament” (raphanidosis, by the way).

Even if the story exaggerates the takings for classics grammar books, it does uphold one basic truth: that those books have been in print for 70 years or more, a lot longer than plenty of books about living languages.

In 2004, Kennedy’s Primer entered its 78th impression, and that was just of Sir James Mountford’s 1962 edition. The original B.H. Kennedy edition went through dozens of further impressions. And the reason why they went through so many is that everything is there: every conjugation, declension, locative and correlative pronoun. There was no need for a new book.

Many congrats to Alastair Cook