Kerala – after the waters have retreated 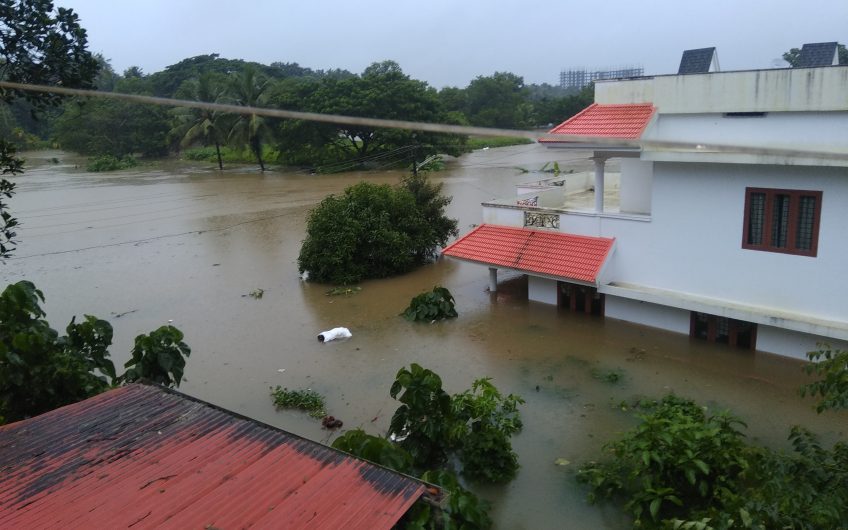 The floodwaters that engulfed the beautiful region of Kerala in south India this month are finally receding, exposing terrible devastation in the region, where over a million residents are sheltering in 3,200 relief camps, 410 people are known to have died and infrastructure repairs are estimated at $3bn.

Of the countless heart-breaking stories behind these headlines, one that’s touched me personally is the desecration of a luxury colonnaded resort called Cranganor Riverside Château in Ernakulam District, where I revelled in Kerala’s famed lushness one weekend in July.

‘We built Cranganor with every last penny, plus loans from banks’, says Vineeth, who has two young daughters. ‘When the river overflowed on 15 August we stayed on, but had to escape next day as the waters rose to fifteen feet high.’

The wreckage of their dream project, inspired by the Paliyam Palace in Kochi, was ‘cruel’, he admits. ‘Furniture, artefacts and fixtures were tossed around like matchsticks, the boundary wall was torn down and so much just floated away downriver.’

Worst of all is the responsibility they feel for their one hundred employees. ‘They are from poor village families in our neighbourhood communities who have lost practically everything and are looking to us to help rebuild their lives. And we have to start from scratch’, says Vineeth.

He reports a fighting spirit in the team after they spent a week together in flood relief camps. ‘Going back home has been a nightmare. But we are all trying to have each other’s back, so that the loneliness, pain and frustration of rehabilitation is minimised.’

Since the couple’s insurance only covers structural flood damage, all contents will need replacing. They’re uncomfortable asking for charitable donations, because ‘it feels as though your last shred of self-respect has been taken from you,’ says Vineeth. ‘The idea we can’t fend for ourselves and our people cuts to the bone’.

Instead they’re asking potential supporters to offer loans that will be honoured as advance hotel bookings or credit vouchers for Seamstress. They’re determined to re-open by the end of the year.