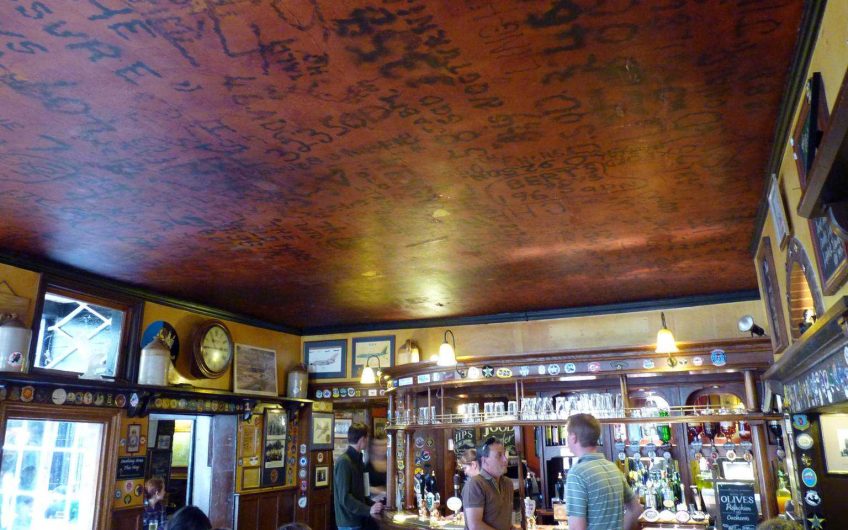 As a new report says thousands of pubs will close permanently thanks to coronavirus, barmaid Panda La Terriere gets her marching orders

At an emergency, socially-distanced staff-meeting this Sunday, shortly after the introduction of new government restrictions on the pub sector, our boss informed us that every employee was now fighting for “survival”.

The 10pm curfew meant there were not enough hours to go around and the six-person rule meant not enough customers to serve.

“Your eyes are more important than ever!”, our boss bellowed through the flowery mask she wore to convey “the lovely personality beneath”. Our eyes were so important because bar staff were now to be masked all day, everyday. She powered on: “Yesterday, I saw Henry put himself at great danger”. We all turned to Henry, the most on-message member of the team, who smiled in a self-effacing way… “Henry stood a lot less than a metre away from a gentleman while taking his order!”

I looked to see if anyone wanted to laugh but a sea of ostentatiously serious expressions (sensibly spaced apart) stared back.

The meeting ended. Several of us put on apron and mask and prepared for week one of breathing into our own eyes, only to be sacked a few days later.

The mask’s impact on morale was rapid and astonishing. It soon became obvious that talking to each other about anything non-essential was too much effort. Our ‘important’ eyes became increasingly depressed. At another pub I saw one barman marching around like a little Hitler youth, telling customers to remain seated; escorting the mask-less ones, en-route to the lavatory, back to their designated seats to collect missing masks before letting them re-embark on their lavatory journey. When a group of seven footballers turned up, we made sure to put one alone on a separate table.

Some colleagues appeared to enjoy catching each other out. If any team member’s nose poked above their mask, one of our trusty superheroes-in-an-apron would put them to rights in seconds. At 9.45pm on the dot, people had to get the hell out of the building and we, the team of sanitised, depressed, masked zombies would push them towards the door.

I began to look on the punters with pity. There they were, queuing outside in the cold; uploading personal information onto government apps and having to talk to us (for their own safety and wellbeing). Everyone would have a horrid time. At least I would be paid for it later.

My debt to Richard Ingrams - and Oldie lunches. By Anthony Lipmann