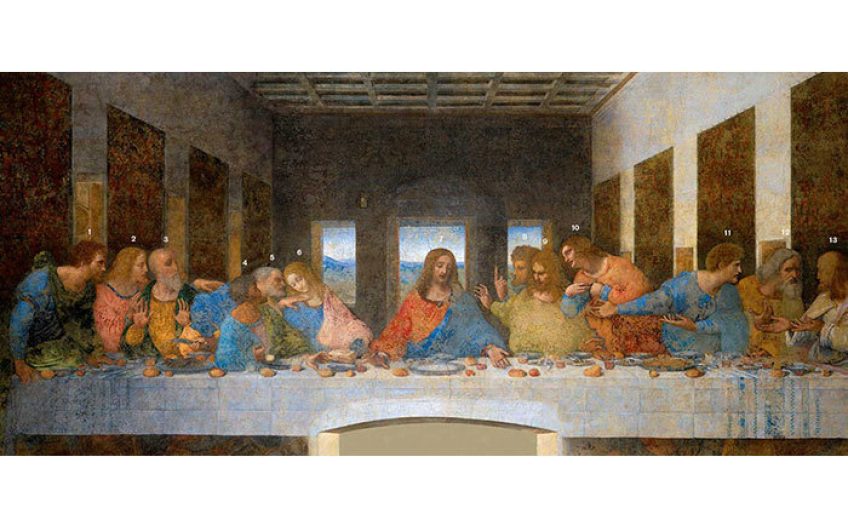 As the film Leonardo is released, Alexander Hope examines the artist

May 2, 2019, marked the 500th anniversary of the death of Leonardo da Vinci. Over the centuries, any number of critics have lauded him as the greatest of all artists. Leonardo himself would probably not have demurred.

Nor, one suspects, would those behind the 2017 acquisition of the Salvator Mundi – at £345 million, by some margin the highest price publicly paid for a work of art. And that despite the acknowledged complexities of its condition and the fact that there are vocal opponents of its attribution to Leonardo.

In the face of the latest doubts, the Louvre’s public reaffirmation of its request for the painting in its forthcoming Leonardo exhibition seems to undermine those detractors’ professed status as authorities on the artist.

There is a tradition of tenuous expertise questioning major artistic discoveries, particularly when involving huge prices: consider the wearying criticisms of Rubens’s Samson and Delilah in the National Gallery, London. Pecunia olet, it seems.

There is, of course, no greatest artist, and no greatest work of art. But it would be hard to dispute that Leonardo ranks among the greatest (and I would personally guess that the Mona Lisa is – certainly not the same thing – the most famous work of art in the world today). And what is particularly remarkable about his reputation is – an exquisite rarity in the richly fractious world of criticism – it has never been besmirched.

King François I of France, in whose arms Leonardo is apocryphally supposed to have died, said that nobody had been born who knew as much as Leonardo; not only in the arts, but also in philosophy. Vasari wrote, ‘Sometimes, in supernatural fashion, beauty, grace and talent are united beyond measure in one single person. Truly marvellous and celestial was Leonardo.’

Ernst Gombrich wrote, ‘There appeared no field of knowledge to which he had not made a contribution: anatomy, physiology, mechanics, hydraulics, botany and optics were all transformed by his magic touch. No wonder he was hailed as a genius who had transcended all the limitations to which human nature is prone.’

But there was one limitation that Leonardo never transcended: unreliability. Such was the range of his interests that his extraordinary mind seemed ever distracted by the next. Much was planned; little completed. Among contemporaries, he was notorious for it.

Vasari continued, ‘It is clear that Leonardo… began many things and never finished one of them, since it seemed to him that the hand was not able to attain to the perfection of art in carrying out the things which he imagined; for the reason that he conceived in idea difficulties so subtle and so marvellous that they could never be expressed by the hands, be they ever so excellent.’

Much as today the boundaries between fine and applied art are blurred, so Renaissance artists were responsible for a range of activities far broader than painting and sculpture: architecture, armaments, design, pageantry, engineering and more. Leonardo’s own application to work for Ludovico Sforza, the Duke of Milan, focuses on his potential for Milan’s military might. It only mentions his artistic abilities as an apparent afterthought.Furthermore, court artists – as Leonardo was for a long time – were required to enhance the activities of the prince’s household. Leonardo was such an ornament (not just metaphorically: the early sources record his physical beauty and refinement, and the only known image of him supports them). His contribution to the courts of Milan and France, in manners, appearance and conversation, were celebrated.

It is unsurprising that much of his time was diverted from painting. But he wasn’t the only artist so engaged; and most of them produced more than the mere score or so known paintings by Leonardo. And none of them diverted so much of their energy into a maddeningly, extraordinarily vast corpus of notes, musings and sketchings that even today constitute roughly 6,000 pages.

Even the works that he did paint can be problematic: some unfinished, some (like the Salvator Mundi) in sad condition. The Last Supper is one such. It was hard enough to get him to finish it, and, when he did, disaster struck. Striving for new artistic subtleties, Leonardo decided to paint in glazes onto dry – rather than apply pigment into still-wet – plaster. Sadly, but not wholly surprisingly, the result was inherently unstable. With the damp Milanese winters, his paint has been flaking off ever since, leaving merely the ghost of his work, corrupted throughout by successive restorations.

Although Leonardo is frustrating, it would take an impossible obtuseness to deny his genius; and a similar wilfulness to deny his vexatiousness. His talent, however flawed, was, simply, astonishing: at its worst, agonising in lost potential; at its best, ineffable in quality.

There is, paradoxically, much to admire in his flaws. Vasari was perceptive in attributing his unreliability not to lack of focus, but the opposite. To read through Leonardo’s writings is to sense a genius capable of monomaniacal enquiry: optics, fluid dynamics, geology, anatomy… The list continues. There are flights of fancy, and moments of frustration and error, but the intensity and depth are extraordinary, even if the practical results are extremely limited.

But that knowledge hobbled him. Painting is, ultimately, a representational shorthand; Leonardo wanted – needed – to paint in longhand. But that is humanly impossible, an unsurmountable barrier before which, one suspects, he repeatedly ended up defeated, abandoning his pictures or projects either at inception or part-way through.

Leonardo is often perceived as the Renaissance Man, his Vitruvian Man a leitmotif of the universality of humanity. But he was self-taught, with an uncertain grasp of Latin, and with comparatively little interest in the lettered culture of antiquity – his knowledge was not the Renaissance ideal. His scientific works drew more on the scholastics than contemporary humanists, and his belief that knowledge could reveal to its master the fabric of existence reflects that.

Artistically, he was certainly a Renaissance man: the product of the extraordinary concatenation of some four centuries of philosophical, literary and scientific debate, infused by medieval courtly culture and a burgeoning nationalism that, loosely, is the Italian Renaissance. But he was very much a pioneer as well.

Over the course of his life, he developed an artistic vocabulary that, although dauntingly complex, nonetheless engendered a compositional vigour and expressional sublimity in art. Perhaps, his influence was most successful at a remove; emulators found his skill inimitable. The sublime quality of his finest work – the tonal subtleties, diaphanous flesh, evanescent expression and absorbing compositions – exposes the limitations of even his ablest pupils, the proximity of whose artistic vocabulary is too close to bear the comparison comfortably.

In the work of an artist beyond Leonardo’s immediate orbit, that influence is more nuanced – gentler. So, with Raphael, it doesn’t overpower him, but instead lifts him higher, imbuing the stately grace of his early style with the compositional life and psychological sensitivity evident in Raphael’s Alba Madonna.

This, then, was a prodigious talent, but flawed; as in a Greek tragedy, Leonardo’s hamartia was his extraordinary mind. Driving the relentless search for perfection that so enriched his natural talent, it raised for itself impossible standards that harried him to his own failures. He may not have been a Renaissance Man, but he is, perhaps, an artistic paragon of a deeper, more universal humanitas.

Leonardo da Vinci: A Life in Drawing, the Queen’s Gallery, Buckingham Palace, May 24 to October 13, 2019