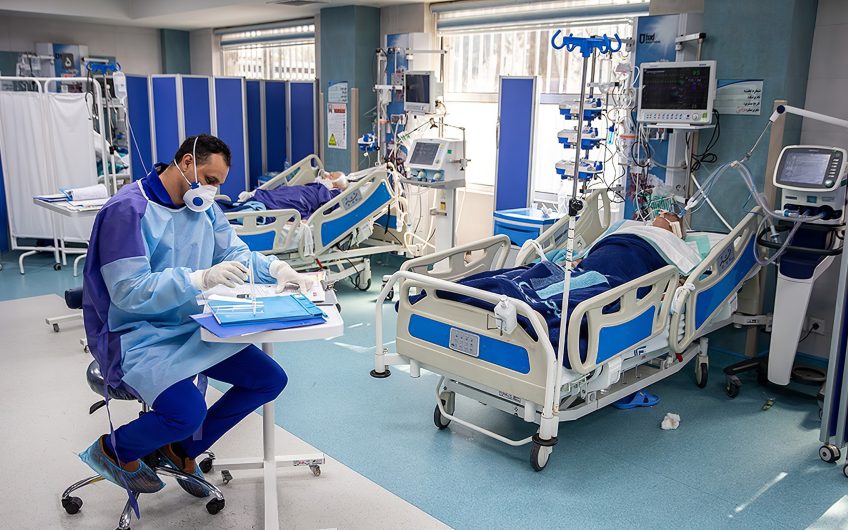 Ray Connolly has written a play for Radio 4 about his near-death experience, based on correspondence with his family

‘Dad is in a critical condition in a medically induced coma… He’s one of the most watched and ill patients in the hospital…’ an email from Plum Connolly to her children.

We’ve all seen them, Covid patients unconscious in their hospital beds, lying surrounded by brambles of tubes, wires and machines. Uniformly dressed in regulation NHS hospital gowns, their faces covered by masks as ventilators do their breathing for them, their anonymity is unbreached as TV cameras show them to us.

But what is it like to be one of those unaware sleeping bundles? What, if anything, is going on in their minds? Are their brains as seemingly untroubled as their comatose bodies? Or is some inner torment troubling them?

Obviously, I can’t speak for every patient, but, having spent 103 days in an intensive care unit last summer as Covid worked its willful way through my heart and lungs and kidneys, I understand something of how many must feel.

At the time I didn’t know where I was, but, although my eyes were closed and my body shut-down, my mind was in adventure mode as hallucinations regularly took me out of the hospital and off around the world. California, France, Norway, Italy, India…I was more than a frequent traveller, although I never left my bed.

Meanwhile in the real world I had no idea of what procedures were being tried to save my life, or that other less fortunate patients were dying of the same disease as mine just along the corridor.

They never tell you that when you’re in intensive care. You don’t know about other patients’ problems or the strains on medical staff. You are the only person at the centre of your own little world. The calm, cheerful front of the nurses and doctors never slips as they take care of you, although turmoil must sometimes be screaming inside them.

Altogether I was in hospital and the rehab clinic for almost six months of 2020. But it wasn’t until I got home at the end of September, and began to read the emails that my wife Plum had sent to our three children on a daily basis during my hospitalization, that I understood what my family had been going through.

‘Dad has had a heart attack. They’re holding a meeting in the hospital to see if there’s anything more they can do for him. His chances are much reduced…. but there’s still a chance,’ read one.

I, meanwhile, was swanning it in California in my mind, oblivious to my family’s increasing despair.

That’s how it was, month after month. Of course, some of my hallucinations were terrifying as I believed them to be true and can still remember the fear that they left in my conscious moments. But, with no memory of anything at all for three months, certainly no pain, I didn’t suffer anywhere nearly as much as Plum, who dreaded the ringing of the phone in case it brought a message she dreaded hearing.

‘Apparently, if his heart stops there will be no attempt to resuscitate him… no electric shocks or chest suppressions because they wouldn’t be effective…’ read another email that she sent to our children.

Those were the darkest days when she wasn’t even allowed to see me. But then in early July came the first flicker of light. With my eyes still closed and unable to speak, I began, not only to mouth the words to a record (Del Shannon’s Runaway) that the nurses were playing for me, but to imagine playing the organ break in the song, my fingers stretched out in front of me.

‘It was lovely to see him happy in his own little world…wherever that was,’ Plum emailed that night. She had finally been allowed in to see me, although I didn’t know.

There were still more than three months of hospital to go, and more setbacks along the road – including one period when I decided that Plum must have Alzheimer’s, when it was my memory, not hers, that was completely muddled. But, having pulled me back from the brink, the medical staff weren’t giving up.

‘The nurses washed his hair and shaved him today and he was thrilled to bits that they were making such a fuss of him,’ Plum wrote in July, before adding: ‘But he has some very out of character mood swings, too. He asked a consultant to give him a kiss today.’

I have no memory of this, but I’m told that she was very attractive.

I came home at the end of September, and will be grateful for the rest of my life to the saints and angels of the NHS.

Ray Connolly’s play about his Covid experience, Devoted, will be broadcast at 2.15pm on BBC Radio 4 on Tuesday, March 23, the first anniversary of the first lockdown

Bookshops in America after Coronavirus