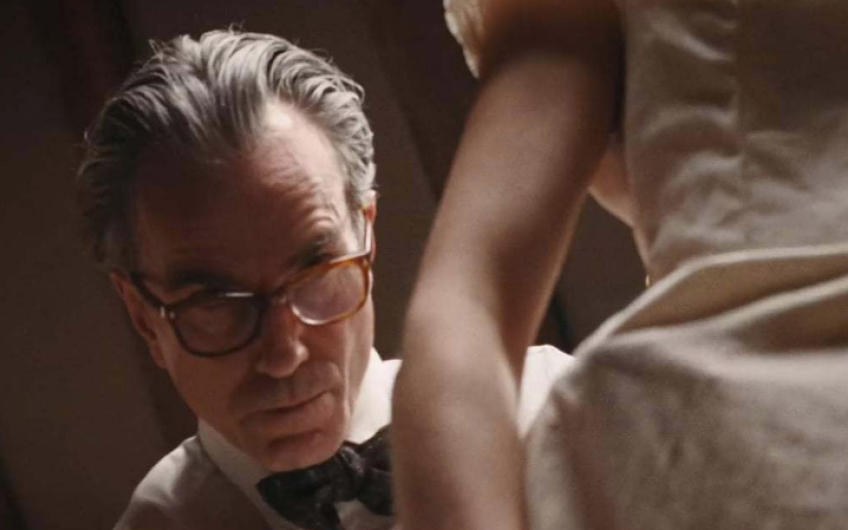 As another episode of Gogglebox airs this evening at 9pm, we reveal more musings from its star and The Oldie's Country Mouse, Giles Wood. He reveals how we warmed to – and could relate to – Day-Lewis's portrayal of Woodcock, the effete and tyrannical 1950s couturier.

On what seemed like the 74th day of January, Country Mouse finally abandoned the pretence of enjoying all four of the seasons and headed for the microclimate of London. There I joined Mary, the guest of one of Chelsea’s last remaining artists to occupy a studio in that once bohemian quartier. Since it’s not big enough to house bodyguards as well as billionaires, this warm atelier has escaped the attention of the fiends who have snapped up much of the rest of Chelsea’s studio stock. It’s a stone’s throw from the river and pleasantly quiet.

It wasn’t just the cold that swung it but the ubiquitous mud outside the cottage. Why, oh why, Mary asks, haven’t I found time in the past thirty years to tackle the job of providing either hard standing or gravel paths? I know it’s not difficult to remedy. You dig out a path the width of a wheelbarrow, lay down a membrane and rake fresh, clean gravel or, in the interests of economy, crushed roof slates to render an even surface. You line the edges with tanalised boards. But I had decided that the Cold Comfort Farm look was more authentic.

It was an unfamiliar pleasure to feel the firm pavement underfoot as I frogmarched Mary to the Curzon Chelsea cinema. Daniel Day-Lewis, England’s answer to Marlon Brando, has not yet disappointed, and I was keen to witness his swansong in Phantom Thread as Reynolds Woodcock.

Woodcock is an effete, pampered, vain, spoilt and tyrannical 1950s couturier. Day Lewis, who apparently arrived at and left the set in character during filming, inhabits his roles to the nth degree – perhaps he is next looking forward to ‘playing’ a man who has given up his acting career – and I warmed to his portrayal of Woodcock, especially after he used the word ‘unsettling’ more than once.

Like myself, Reynolds can all too easily be unsettled by minor irritations. His muse is the beautiful young Alma (Vicky Krieps), whom he has plucked from obscurity as a waitress and moved into his grand living and professional quarters. When she spreads the butter too roughly on her toast, emitting a rasping noise, and pours water from a great height instead of directly into the glass, he visibly bridles.

I am myself unsettled by grating noises. My father used to have a similar reaction to my mother putting pans away in a cupboard at precisely the time of day he surfaced in a dressing-gown in a cloud of cigarette smoke. Cupping one hand over his ear, cigarette in the other, he would make a quick exit to avoid this painful reminder of how lucky he was to have an indentured domestic slave attending to his every whim. Married in 1954, she missed out on Women’s Lib by a good decade.

Now a fresh torment has arisen adjacent to my own living quarters and how I would love to compare notes with Mr Woodcock. It’s our new neighbours’ traffic movements. There are simply too many of them. ‘Noises off’ were never in the script of any rustic idyll I have heard of and, after decades without them, I have become sensitised to the sound of car doors slamming. My day was punctuated by rhetorical questions addressed to a non-existent audience, since Mary was in London: ‘Where are they off to now? But they’ve only just arrived. I can’t believe they are off again. Why can’t they stay in one place?’ There’s no mileage to be had from complaining into thin air and that’s another reason why I headed for London.

‘Why can’t our cottage be more like that?’ I hissed to Mary in the Curzon as an aerial shot revealed Woodcock’s country estate, Owlpen Manor, set in seclusion in its own private acreage. Owlpen Manor was in a different league, as was his Georgian townhouse in London. The film itself has unsettled me.

‘I am now temperamentally unsuited to village life,’ I told Mary. ‘An edge-of-village location might suit me better, up a long, winding drive. And, let me be clear, Reynolds Woodcock could not possibly live in a house without guttering and drainpipes, as I do. No gentleman would put up with a thatched house without a porch to avoid the ingress of thatch-derived water locating that narrow slit between coat collar and shirt. Which reminds me... where is my London coat?’

‘But I thought you preferred the passive aggression of hideous anoraks,’ snapped Mary.

What was it about Reynolds Woodcock I found so entrancing? Alma, the lovely young woman who falls under his spell and does everything she can to avoid irritating him, is also prepared to indulge his eccentricities. She can tell a genius when she meets one.

In a seaside hotel, Woodcock orders Welsh rarebit with a poached egg ‘not too runny’; as well as bacon, scones, cream, jam ‘not strawberry…’ pause ‘... and sausages’.

He speaks in an unidentifiable accent, oddly not choosing the expected post-war cut glass. Because it’s Day-Lewis, who could do any accent he chose, we assume there’s a message here. What could it be?

In any case, I left the cinema exhilarated. This film, I told our Chelsea host, is a standard-raiser, and a huge and welcome boost for elitism. Woodcock is, sadly, a fictional character, but one who will nevertheless give encouragement to legions of lesser Englishmen of the misunderstood-genius type, who labour under the most trying circumstances, especially in their domestic lives.

‘You just like the idea of an old git getting away with being querulous because he’s a special case.’

‘Yes,’ I conceded. ‘Because, sadly, you never let me get away with it.’