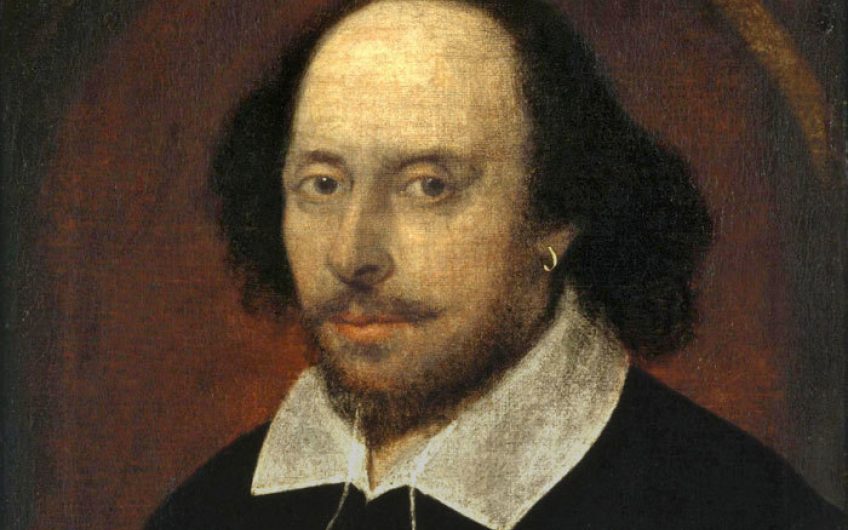 I’ve given up worrying about the books I’ll never get round to reading. I’m more than happy to recycle Trollope, Edith Wharton and Evelyn Waugh ad infinitum, with an occasional dash of Auden and Yeats, but I know perfectly well that Proust and Finnegans Wake are quite beyond me, that I’ll never get beyond page 2 of Tristram Shandy, and that The Faerie Queene will remain forever a closed book. But I do feel guilty about Shakespeare, and worry about going to my grave in a state of shameful ignorance.

I blame two men for my blank spot about Shakespeare: the geography master at my public school, and England’s most celebrated theatrical knight. I was good at English as a fifteen-year-old, and had every intention of studying it for A Level, but at the very last minute the geography master begged me on bended knees to join the dimmest boys in the school in his class, and I felt so moved by his plight that I gave in. I don’t regret my knowledge of trade winds and alluvial plains, but

I never picked up the knack of reading Shakespeare’s plays or got much beyond the famous anthology pieces.

The other villain of the piece was Sir Laurence Olivier. Sometime in the late Fifties I was taken to Stratford to see the great man in Coriolanus. Men in togas rushed about the stage shouting at the tops of their voices, and none was noisier than Sir Laurence. I had no idea what was going on, but was immensely relieved when Sir Laurence was whisked into the air feet first, still shouting, and the final curtain fell. I’ve been allergic to Shakespeare on stage ever since. Anxious to improve matters, I did try one of the comedies in a Peter Hall production at the Theatre Royal in Bath some years ago, but was as baffled as ever.

The other day my wife went to see a specialist about her shoulder. She’d never met him before, and had no cause for complaint about the service provided, but no sooner had he settled behind his desk than he launched into a vitriolic attack on the administration of that particular hospital. I spent much of last year in and out of hospital, and although I shall be eternally grateful for the A.1 service provided by my surgeons, the nurses and my oncologist, the bureaucratic side of the business was farcically incompetent. One day I received four identical first-class letters, all providing me with incorrect and out-of-date information about future appointments; since then I’ve taken to making my appointments directly with my oncologist, which must be a fearful waste of her time. I heard recently of a 26-year-old graduate who is earning £55,000 a year after a two-year NHS ‘hospital management’ course – small wonder the medics start foaming at the mouth.