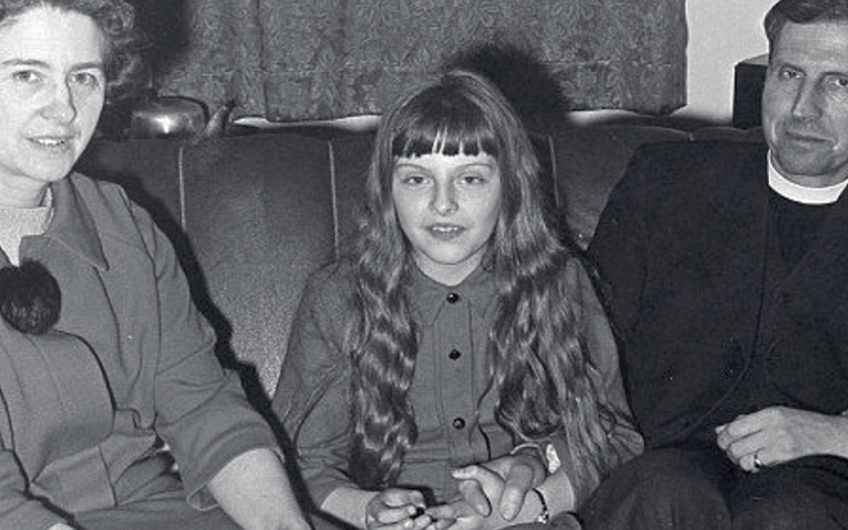 One of the odd things about getting older is that you start to see yourself as others see you.

The delusions you used to cling to are blown away by the winds of time. I used to think that being an only child was something you grew out of, like acne or socialism. Now I know that only children remain only children, however grown-up they become. The only child is the father of the lonely middle-aged man.

When I was growing up, only children were a novelty, but falling birth rates have made folk like us a lot more common. Even if you’re not an only child, you’re probably well-acquainted with quite a few.

So how will this silent invasion change the world around us? I reckon it’ll make us more creative, more productive – and a lot less contented. Only children are restless souls, forever searching for the lost siblings they never knew.

In today's Times, Janice Turner ascribes Theresa May's dogged determination to go on to her status as an only child.

Liz Hurley clearly enjoys a great relationship with her son Damian, but even she’s expressed some regrets about not having a bigger brood. ‘What would have made more difference in my life is if I’d had more than one child,’ she told Grazia magazine (required reading here at Oldie Towers). ‘I was one of three – a big sister and a little brother to squabble with and to love.’

Being an only child may not sound like much of a social handicap, but try telling someone you want to impress (a prospective boss or a prospective bedfellow) and watch their faces drop. You can almost read their minds as they scroll through all the familiar stereotypes: neurotic, self-obsessed, terrible team player… And the worst thing is, they’re absolutely right.

Growing up in a household with no other children gives you a very strange start in life. You learn to ape adult behaviour long before you’ve learnt to be a child. As Liz Hurley observed, you never have any of those sibling spats which teach you how people rub along together. Your only rival for your mother’s affection is your father. Your only rival for your dad’s affection is your mum. You never have to share your toys, which is a bad thing in the long run. You become possessive about your own stuff, your own company, your own space...

It’s not really fair to say that only children are spoilt. We get a lot of parental attention, but that’s not the same thing at all. You’re the focus of all their hopes and fears, which tends to be pretty overwhelming. It’s probably what makes so many of us so anxious and highly strung.

Of course there are some compensations. We’re invariably avid readers from an early age, which means we tend to do well academically. We’re accustomed to being alone, which makes us unusually self-contained. We tend to be well-organised, intrepid and independent. My idea of bliss is a long train journey in the company of a good book.

However these modest pros are outweighed by a multitude of cons. Solitary and reclusive, we’re awful at sharing responsibility. Everything is black and white - we’re quick to take offence. Naturally, this is a major liability in the workplace. We’re useless at mucking in - it has to be our project or someone else’s. No wonder a lot of us are self-employed.

We’re not incapable of making friends, but our friendships are more like love-affairs. We’re passionate to a fault – people are either soulmates or deadly foes. We struggle with casual acquaintances – we detest small talk.

Having never had siblings to tustle with, we’re terrified of conflict. An argument – any argument – feels fraught with danger. I hate to see my children quarrel. If I ever argue with my wife, it feels like the end. It’s her who I feel sorry for; she’s the one who has to put up with it: the perfectionism, the paranoia... To top it all, her father and her mother-in-law are both only children. Thank God she has two brothers - I’m a third generation only child.

Although we’re anti-social, only children don’t mind the limelight. Often, we’re more relaxed in the spotlight than in a crowd. Quite a few of us become intense, dynamic actors (Robert De Niro, Al Pacino, Anthony Hopkins, James Dean…). Elvis Presley (whose twin brother died at birth) and Frank Sinatra were both only children. John Lennon was raised as an only child. For me, Enoch Powell is the classic only child – intelligent and driven, faithful to his own principles, but incapable of compromise and sorely lacking in common sense.

For the rest of us, the highs and lows are more mundane. Being an only child is liberating in your youth, when you’re heading out into the world, but it gets tougher as you grow older. Caring for elderly parents is no joke without any siblings to share the ordeal. The practicalities are daunting, but it’s the emotional isolation that’s hardest. You’re the only one who knows what it’s like to have those two people as your mum and dad.

Clearly there are far worse things in life, but I do think it’s a burden, and I was mightily relieved when our daughter was born, four years after our son. For four years, he’d been an only child, and I could already see him setting out on the same path I’d trodden: introspective, oversensitive, craving freedom and seclusion but fearful of it too.

My son and daughter fought like cat and dog, but it did them both the world of good. Sets of parents with only children feel like kindred spirits to each other, but I never envy them.

30 OLDIE CLASSICS FOR OUR 30TH BIRTHDAY! 2/30 Infamy, infamy! They've all got it in for me! Craig Brown on Kenneth Williams

The Oldie of the Year Awards 2021 Video