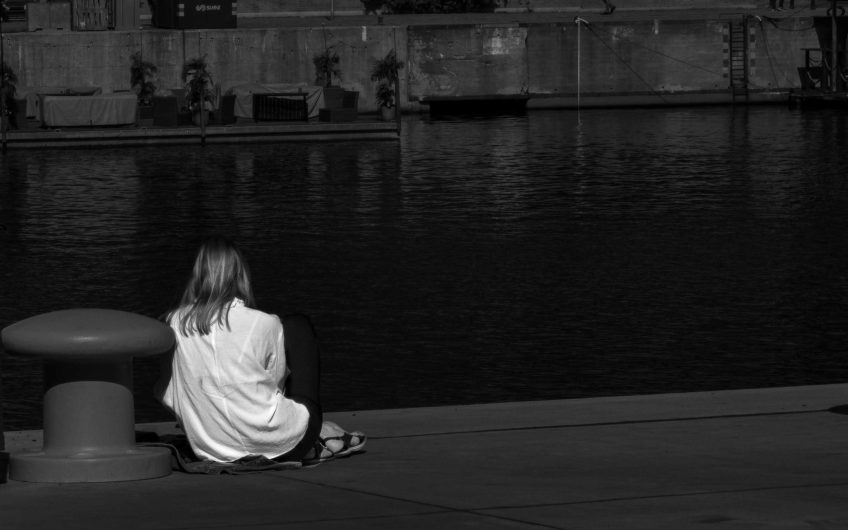 Broadcaster Elinor Goodman, 74 today, came out of lockdown nervous about the things she once loved to do, like travel-writing

I went into lockdown ranting about being classified as elderly, and thus vulnerable, because I was over 70. I emerged very grateful to my neighbours, fitter than I have been for years but feeling distinctly older. It is as if during hibernation, i have passed into a new world where I will exist on the fringes of society, and, until an effective vaccination is discovered, be unable to do many of things I most enjoy like going on foreign holidays or theatres.

I am no longer being told I can’t go on non-essential travel. Indeed Boris and Rishi might quite like me to go on foreign holidays, like Johnson senior. But do I really want to take the unnecessary risk of getting Covid in a foreign country, or travelling back to the UK elbow to elbow with someone who may have abandoned social distancing on holiday in in search a bit of good old-fashioned sex? I used to love writing travel articles. But for the moment my nerve has gone.

If I am honest I enjoyed lockdown, largely because I was in the country. I lost my Fear Of Missing Out because everyone was in the same boat – except our boat in the countryside was much more desirable than the ones city dwellers had to squeeze into. We older people had to give up some of the voluntary work which had given our lives purpose before lockdown, but the constant refrain as we walked our dogs in open fields was how lucky we were compared to families squashed together in tower blocks. The silence was wonderful, and the community spirit positively wartime. It was as if, bound together by the thoroughly modern device of WhatsApp, the village had slipped back in time to a period when neighbours talked to each other, and local shops were the centre of the community and had a new lease of life.

But precisely because we were so sheltered from the horrors of pandemic, we were nervous about contacts with the outside world. For all my sympathy with people living in towns, I found myself going out and wiping down the bench outside my house with bleach for fear a smudge of the virus might have leapt onto it from the clothes of some urban rambler. And even as I was outwardly empathising with less fortunate town dwellers ,desperately in need of a break, I was dreading the return of flights which would disturb my rural idyll while allowing them to go on holiday.

Some friends of mine have yet still to brave Waitrose. When I spoke to friends in London at the height of infection who told me they were going to supermarkets regularly I was filled with admiration, not to say horror. Still more full of admiration was I for my former colleague on Channel Four News, Lindsey Hilsum, who went to Brazil to film a series of reports in the explosion of cases there. Her courage, honed by years of filming in war zones shamed me for I had no desire to risk even going to London. Just going to the supermarket seemed almost reckless after weeks of piggybacking on someones’s home delivery instead of doing my own shopping. But as someone who was able to go for a 12 mile walk , it didn’t seem right to continue expecting others to do the shopping for me. When I did brave Waitrose again, it was virtually empty; and there was eerie quiet as customers concentrated on avoiding each other.

Eventutally, a friend and I decided we couldn’t be such wimps any longer, and that we had to find out what London was like for ourselves. We didn’t dare take the train as I had just received an email from National Rail telling me, in effect, how dangerous rail travel was, and that trains should only be used for essential travel. As sightseeing could hardly be described as essential. we took my car, me driving with my glasses steamed up because of rising mist from under my mask,and my friend sitting in the back like the Queen Mother waving at the natives, who seemed to be going about their normal business, albeit in smaller numbers than before. The main change was a good one – fewer signs of people sleeping rough. Only when talking to people did I disocver how tough it had been, and how superficial the initial impression of normality had been.

The Chancellor didn’t actually say “shop, shop, shop” in his financial statememnt, but he did say how important it was for consumers to feel secure. To test the water I went to Marks and Spencers. I could see it had gone to great lengths to make the store safe for customers and staff, but even so, it felt strange to be surrounded by other people, and even a shopaholic like myself was not tempted to go on a binge. Somehow the spontaneity had gone of shopping, let alone going to a restaurant.

The irony is that I have always thought I don’t want to live to a very old age. I don’t have grandchildren to watch growing up, and I dread dementia more than anything. When lockdown began, I put a form in my fridge (that is apparently where the emergency services look for it) saying I wouldn’t want to be resuscitated or put on a ventilator. So why worry about Coronavirus so much? Possibly because we all know how much suffering it can cause.

In future, people of my age are going to have to be responsible for their own health, unless they find themselves trapped in a local lockdown. We will have to use our own judgement about whether we use our newfound freedoms, like flying abroad or using one of Rishi’s vouchers to go the pub. The young did their bit to protect the older generation by going into isolation, and largely keeping to the rules. I couldn’t really blame them when they flocked onto the beaches that first steamy weekend of semi-freedom. They must have had so much pent-up energy, not to say hormones. I am sure I would feel differently if I lived in Bournemouth, but as it is I can keep away from anyone who might have been infected, just as I could stay away from the Black lives matter demonstrations (interestingly there didn’t seem to have been any spikes after either event)

The Government wants to convince us that it our civic duty to resume our old habits and fuel a consumer-led recovery. Maybe it will happen in Boris’s beloved baby steps. But just as it can take time to recover your nerve when you fall of your horse, so it may time go out into a world which is still far from normal. In time, perhaps I will prioritise the need to widen my horizons, and enjoy myuself over the need to keep safe. I hope so because I suspect I am far more at risk of becoming boring than catching Covid.