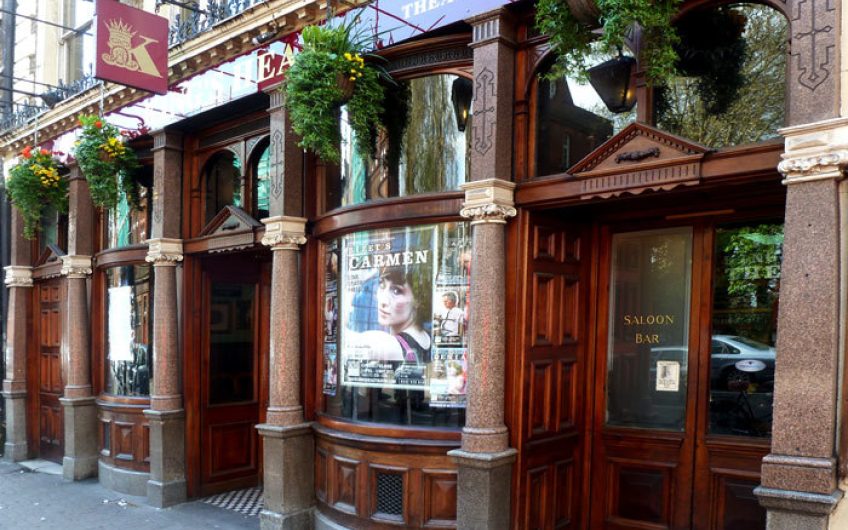 There was no such thing as ‘pub theatre’ when Dan Crawford, a theatre-mad young American from Hackensack, New Jersey, arrived in London in 1969. With naive enthusiasm – Tom Stoppard said he was ‘stark raving sane’ – he transformed an old Victorian pub, the King’s Head in Islington, with a 12ft-wide stage in a back room that once had a boxing ring, into a cutting-edge venue for new drama, old musicals and revues.

Established actors flocked to work there, for £120 a week, and often transferred to the West End and Broadway. The careers of Ben Kingsley, Alan Rickman and Victoria Wood were launched at the King’s Head.

Crawford, shambolic in shabby cords and tweeds, was the most modest and engaging of impresarios, who before each show would get up on stage and ask audiences to fling their loose change into a bucket, to offset the King’s Head’s loss of its initial Arts Council grant. But the primitive seats and disgusting loos never improved, maintaining the grubby Victorian alehouse ambience, underscored by an ancient till on the bar which was never updated from £sd to decimal.

Backstage – where half a dozen nervous actors would share one room (with tiny Dickensian fireplace) and a single loo – made playing the King’s Head a labour of love. But the acting was outstanding: Crawford threw tremendous energy into casting, and somehow the cramped stage and the closeness of the audience added intensity and intimacy. Samuel West in Journey’s End was never to be forgotten.

The pioneering theatre held a powerful allure, which, since Crawford’s death in 2005, others have struggled to maintain. The present artistic director is Adam Spreadbury-Maher who has staged a succession of first-rate opera productions there, and also oddities such as Thelma Ruby, former Oldie of the Year, performing her one-woman play about Golda Meir.

Suddenly last week, I was summoned to the King’s Head to put on a hard hat, wellingtons and gilet jaune, to join a tour of the King’s Head’s new building. It’s quite thrilling. Behind the portals of the old post office (Grade II-listed) next-door to the old King’s Head pub (to be preciously preserved) is an amazing building site: Islington Square, on the GPO depot site. The apartment blocks are mostly sold, I'm told, but lurking below ground are two storeys of theatre space, a 250-seat auditorium and an 85-seat studio.

Marvel of marvels, there will be state-of-the-art dressing rooms with en suite showers. Older thespians will be astonished to see it. How will such lavishness be paid for? Well, they still need another £2 million to complete the building work, to be completed in 2020. A recent donation from the Foyle Foundation was most welcome, but if you or anyone you know can contribute, contact Fiona English, fiona@kingsheadtheatre.com or 020 7226 8561.