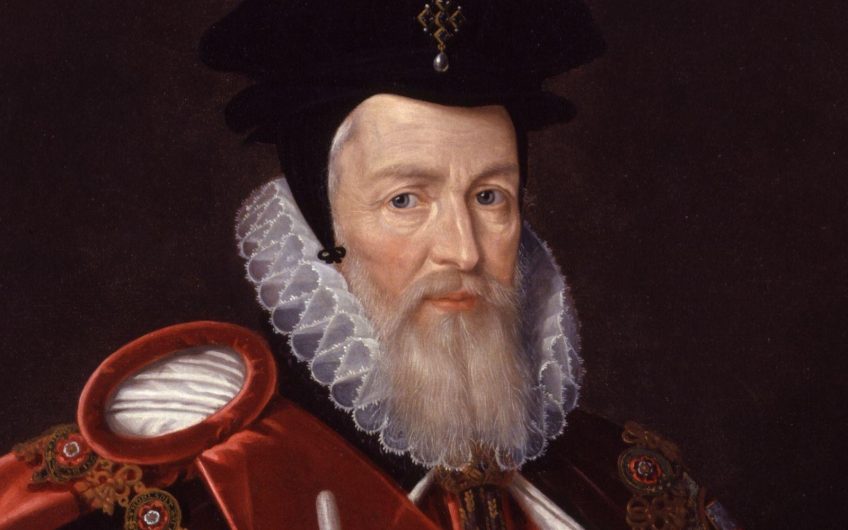 Lord Armstrong, who has died aged 93, was Margaret Thatcher's Cabinet Secretary. His relationship with her has been compared to Lord Burghley's with Elizabeth I. On the 500th anniversary of Burghley's birth, Eleanor Doughty reveals the power behind the Elizabethan throne

Diplomat, spymaster, Lord Treasurer, Lord Burghley did it all. Chief advisor to Queen Elizabeth I, this Lincolnshire-born son of a minor courtier rose to the highest ranks of government. Curiously, though, his not does have household name status in quite the same way as Sir Walter Raleigh.

Not for much longer. This year marks 500 years since Burghley’s birth in Lincolnshire. In commemoration, two of his descendants, the Marquess of Salisbury and Miranda Rock, granddaughter of the sixth Marquess of Exeter, have launched the Lord Burghley 500 Foundation. The foundation has a starry list of patrons – including former head of MI5 Baroness Manningham-Buller, historian Dr David Starkey, and Lord King, former governor of the Bank of England – and will run events through the year.

He was born William Cecil in 1520, the son of Sir Richard Cecil, sometime High Sheriff of Rutland, and grandson of Welsh courtier David Cecil, yeoman of the chamber of Henry VII. Educated at the King’s School Grantham and then Stamford School, he went up to St John’s College Cambridge in 1535, aged 14. He first worked for the Duke of Somerset, before moving to the employ of the Princess Elizabeth. When Mary I died in 1558, Cecil was there with the new Queen Elizabeth. As well as her advisor, he was the queen’s friend, but nothing more. ‘It’s not the love-play that you see with the Earl of Leicester,’ says Stephen Alford, professor of early modern history at the University of Leeds, and author of The Watchers: A Secret History of the Reign of Elizabeth I. ‘Burghley sold himself through his seriousness and frankness.’ Of him, the queen said: ‘No prince in Europe has such a counsellor as I have in mine.’

Cecil, ennobled as Baron Burghley in 1571, was married twice, producing two dynasties, the Exeters and the Salisburys. His first marriage to Anne Cheke produced Sir Thomas Cecil, later Earl of Exeter. After Cheke’s death in 1544, he married Mildred Cooke and had three children – Frances, Anne, and Robert, later Earl of Salisbury and advisor to James I, discoverer of the Gunpowder Plot. The political legacy has continued: in 1885, the third Marquess of Salisbury became prime minister, and in 1979 the current Lord Salisbury became the seventh consecutive generation of his family to take his seat in the House of Commons.

The Exeters’ legacy is architectural. In 1555, work began on Burghley House near Stamford, Lincolnshire. Today, this palace, which took 32 years to complete, attracts over 100,000 visitors a year, and is run by Rock and her husband Orlando, UK chairman of Christie’s. Lord Burghley is ever-present there. ‘When you live in a house which bears the name of a historical figure, you’re constantly trying to find a way of getting to know them’ says Rock. One stately wasn’t enough for social-climbing Burghley. In 1564 he set about building Theobalds Palace in Hertfordshire, described by architectural historian Sir John Summerson as ‘with the possible exception of Longleat and Wollaton, the most important architectural adventure of … Elizabeth’s reign.’ In 1607, nine years after his father’s death, Robert Cecil, then first Earl of Salisbury, swapped Theobalds for Hatfield House, today the home of Lord Salisbury.

Having built his physical legacy, Burghley became well established as the queen’s most trusted minister. ‘If people wanted a leg up the promotion ladder you sat outside his chambers and hoped to catch his eye,’ explains Alford. Though he wasn’t a glamorous figure, as Lord High Treasurer, Lord Privy Seal, and Secretary of State, he is crucial to historians today. ‘A lot of the material we use to understand the second half of the 16th century comes from his archive,’ says Alford. ‘The story of Elizabeth’s reign is Burghley’s story.’ He was the essential man, says Lord Salisbury. ‘There was nothing he didn’t get his fingers into.’ There is no comparable figure today. ‘The modern equivalent would be the cabinet secretary and every other position rolled into one, on steroids,’ adds Alford. ‘We live in a different age. I don’t think Burghley would stand up well against a modern electorate.’

Despite his power, Burghley had a chip on his shoulder. ‘When his enemies attacked him, they went after his lack of ancestry,’ says Alford. To compensate, complex family trees were created to prove he was descended from Welsh kings. ‘He was unquestionably a snob – he liked being a member of the Order of the Garter,’ says Lord Salisbury. In 1571 he married his daughter Anne to Edward de Vere, 17th Earl of Oxford. The marriage was a disaster. ‘Oxford was a horror,’ says Lord Salisbury. ‘Burghley must have regretted what he’d done for the rest of his life.’

Though one might better associate prime minster Salisbury with the Cecils, Lord Salisbury recognises that his family owes it all to Burghley. ‘All my life he has looked down on me here,’ he says from Hatfield. ‘We’re proud that he founded our family.’ Rock, too, is grateful to her ancestor. ‘It is amazing that a house conceived of 450 years ago is still relevant now. I am full of admiration for him.’

For details of commemorative events, go to lordburghley500.org