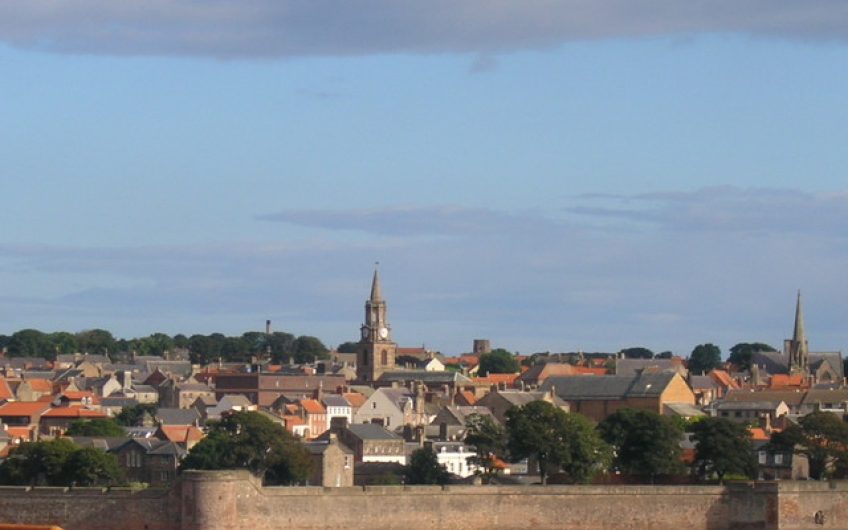 The beauty of the town drew Lowry back year after year. Local residents suspect an equal allure was his unrequited attraction to Marjory Ellison, a receptionist at the Castle Hotel, where he stayed.

Lowry gave her several sketches and portraits. In a 1961 interview, she recalled, ‘If the weather was inclement and too wet to go out, he would sit in the lounge and draw special pictures for me, including my portrait. At the time, I never thought of him as a famous artist. To this day, I don’t know why I was so stupid. Can you imagine, I used to put the drawings, including portraits of me, in the bin!’

Lowry was a regular visitor to Berwick from the mid-1930s until his death in 1976. During his visits, he produced more than twenty paintings and drawings of Berwick, now in private collections or Salford’s Lowry Gallery.

Visitors to Berwick can now enjoy an official ‘Lowry trail’ and follow in his footsteps with excellent reproductions showing the scenes he painted. This scenic three-hour walk around the Lowry trail, is a favourite for town visitors and aspiring romantic couples.

Lowry might not have found romance himself, but he has helped many holidaymakers do so.