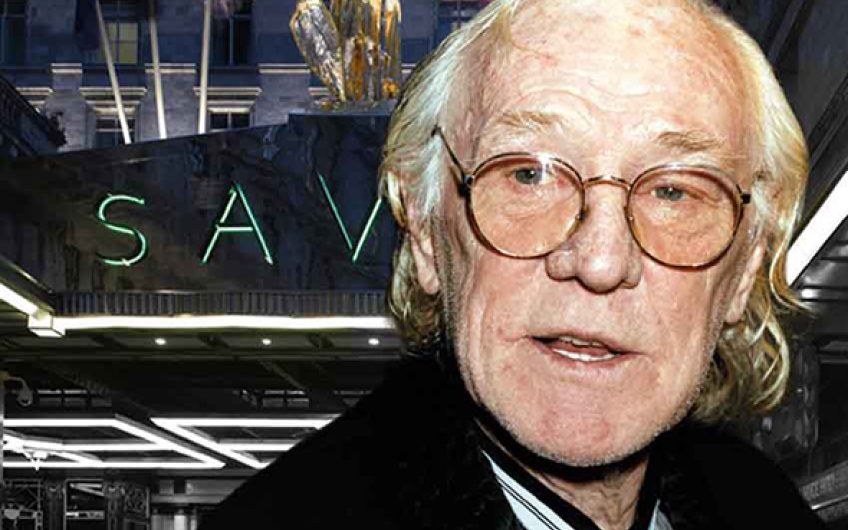 Do the Strand: Richard Harris lived at the Savoy for years
View Full Size
1
of 1

The late Steve Bing lived in a hotel for nine years. That’s nothing – Quentin Letts has lived in the Savile Club for two decades

One of the supposed eccentricities of the late billionaire Steve Bing was that he checked in for a night at the Hotel Bel-Air, Los Angeles, and liked it so much that he stayed nine years.

And why not? Richard Harris, actor, spent years living at London’s Savoy Hotel, in part because he could order drinks and sandwiches at 4am from room service without being told off.

When medical orderlies stretchered the pneumonia-stricken Harris out of the hotel he waved a frail hand to guests in the lobby, telling them, ‘It was the food.’

Omar Sharif spent his last 40 years living in hotels, from Cairo to Paris. Some held this as evidence of Sharif’s loneliness.

Au contraire, effendi. Living in a hotel or a club is a good way of avoiding loneliness. It may not always be the shrewdest arrangement financially, but there is much else to recommend it.

For almost 20 years, three nights a week, I have occupied the same bedroom at the Savile Club in Mayfair. The club’s public rooms are opulent but my billet is simple: a single bed, sink, upright chair, squeaky wardrobe and communal khazi/bath.

What else could you want? My wife saw the room on one of her annual runs up to town from our Herefordshire home. She pronounced it ‘a horrid little cell’. I told her she didn’t have to stay there. Couldn’t, anyway. Club rules.

My one regret is that, ten years ago, the 18th-century thunderbox and marble-floored bathroom at the end of the corridor were turned into an en suite for an adjacent bedroom.

We single-bedders have been given instead a modernised effort with a plastic loo seat and a washbasin fitted by a Polish workman who did not read English. When you turn the hot-water tap ‘off’, it is in fact jetting ‘on’ and novices can be heard yowling as they are scalded in their pyjamas. Makes me laugh every time.

Living in a club brings obvious advantages: you need never Hoover or make the bed, for the maids do that; nor worry about domestic repairs or utilities bills, they being the department of our excellent club secretary; the clubhouse is centrally located, which is handy as I do theatre reviews most nights; it has a billiard table and interesting art and is more spacious and beautiful than most oligarchs could afford, with snugs and a library and free boot polish in the downstairs gents.

Furthermore, the Savile subscribes to several newspapers and periodicals (including something called The Oldie) which can be read in a deep-buttoned leather armchair in the morning room. In peace. Conversation in the morning room, as in the dining room at breakfast, is officially ‘not preferred’.

The Bel-Air in Los Angeles may or may not have offered Steve Bing complimentary copies of The Oldie, Literary Review, Railways Illustrated et al, but I suspect it gave him one other blessing of long-term residency: a sense, amid so much transience, of belonging.

In the mornings, having grazed on the club’s decent if now predictable breakfast, I descend the handsome front staircase en route to the morning room and can hear other guests settling their bills and buttoning overcoats and generally fretting over their impedimenta. Club hallways and hotel foyers are places of unceasing bustle, decorated by the same, singsong remarks from the hall clerks.

This rhythm of arrival and departure is, to the permanent resident, soothing. The world turns, and yet it stands still. Meanwhile, you learn the names of the staff and become an admirer of their resilience and tact, and thankful for their friendship.

As darkness falls and the smoke from snuffed dining-room candles drifts through the building, a clubhouse can acquire an agreeably ghostly quality. After a late dinner with a friend at the Travellers Club a quarter of a century ago, I saw its permanent resident, Monsignor Alfred Gilbey, stooped over a table inspecting some journal through a magnifying glass. Gilbey was by then well into his 90s. Across one of those cavernous, penumbral Travellers rooms, he could have been something from the Edwardian age.

When I first took my room at the Savile there was one other ‘permanent’, Colin Merton, rather deaf but keen on music. He would play Chopin nocturnes on the ballrooom’s grand piano into the small hours, perhaps more loudly than the dynamics warranted. Dear Colin was, alas, run over by a milk float in Brook Street. He never heard it coming. Some nights at the Savile, heading upstairs late after another West End play, I fancy I can still hear Colin’s nocturnes floating on the draught.

Personally, I don’t want to become a relic. I don’t want young members to gawp at my half-bent form and say, ‘He’s been here since the Ark, poor old lad.’ The club’s rates are less favourable than they were (though still under £100 a night) and it will soon be time to find alternative digs. But life as a semi-fixture has, in its way, been perfect. Steve Bing, rest his soul, had the right idea.