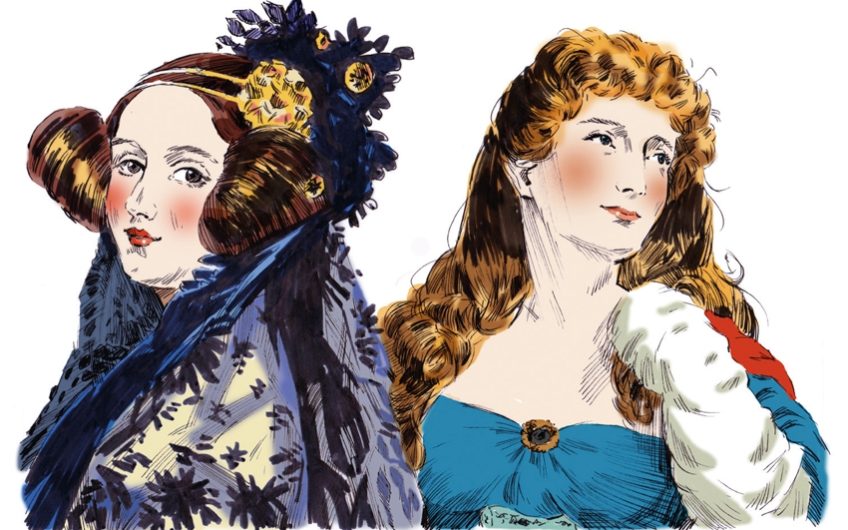 At a moment when the MeToo and Time’s Up movements are dominating conversation, it seems appropriate that the story of one of the world’s most legendary male seducers should be told again from the perspective of two women he abused and abandoned.

But there’s no special pleading in this deeply absorbing and meticulously researched biography of Byron’s wife and daughter. Miranda Seymour is too subtle, astute and experienced an historian to hector or exaggerate in order to do justice to their cases, and her zestful prose keeps the reader engaged throughout.

The territory is much contested. In a fascinating epilogue, Seymour reviews the wars posthumously waged over these women’s reputations, notably in relation to the role of Byron’s widow, Annabella, in the break-up of their marriage and the nature of his daughter Ada’s achievement as a mathematician.

Seymour’s particular concern is to correct the partisanship of Doris Langley Moore, whose devotion to Byron led her to discount Annabella as a malicious fantasist. She also presents the recently canonised Ada in a somewhat harsher, clearer light than some of her feminist champions would like. Neither character emerges as altogether likeable or admirable, but Seymour’s nuanced account provides salutary evidence of the prejudices and restrictions that even forcefully intelligent and relatively independent women confronted in 19th-century society.

What would Jane Austen have made of Annabella Milbanke? Raised in County Durham, the only offspring of aristocrats of a philanthropic and Whiggish persuasion, Milbanke grew up bluestocking and benevolent, but also somewhat smug and priggish. Standing to inherit enormous wealth via her uncle, she was a catch and, when she moved to London in her teens, her aunt Lady Melbourne was ready to promote the suit of her beloved Byron (another only child). Although involved with Caroline Lamb and others, he was intrigued by her intelligence and attracted by her prospects. Awarding her the sobriquet of ‘the Princess of Parallelograms’, he decided, after a long correspondence, that she could provide what he needed in a wife – ‘a friend rather than a sentimentalist’. She in her turn was thrilled by the prospect of bringing a poetical rake to heel.

She had little idea of what she had let herself in for. The marriage was combustible from the start, overshadowed by Byron’s incestuous relationship with his half-sister, Augusta, who also became Annabella’s bosom friend. Oceans of ink have been spilled over the questions of the grounds on which she deserted Byron and how much she knew about the siblings’ intimacy. There are pages when Seymour gets dragged down by the mind-numblingly complex evidence and its hiatuses. The heart of the problem is that, while adamantly refusing to explain openly what had transpired, Annabella remained for the next 35 years ferociously defensive both of her conduct and her husband’s genius.

Byron never saw his sole legitimate daughter, Ada, after the first weeks of her life, but it is fascinating to see how much of his temperament he bequeathed her. A wilful ‘gobblebook’ (her own coinage) of a child, always scratchy with her doting but controlling mother, she was dreaming up flying machines before she hit puberty and giving notice that she would not conform. Her love life was excitable – she had her first boyfriend when she was barely sixteen, and her marriage to the biddable Earl of Lovelace would be interrupted by at least one reckless affair. Because she was uninterested in domesticity, her three children were treated in cavalier fashion.

Cycles of mysterious illness and nervous complaints alternated with periods of fanatical energy. Playing the harp was one passion; another was gambling on the horses, which would ultimately ruin her. She explored the refraction of sunlight on raindrops and planned ‘a calculus of the nervous system’ – her own being so highly strung. Most remarkable is her visionary insight into the implications of Charles Babbage’s prototype computer, the Analytical Engine, set out in essays that rank with the greatest imaginative leaps in the history of science.

Ada’s was a messy existence, but Seymour vindicates her thoroughly Byronic claim that ‘the Devil’s in it if I haven’t sucked some of the life-blood from the mysteries of the universe’.