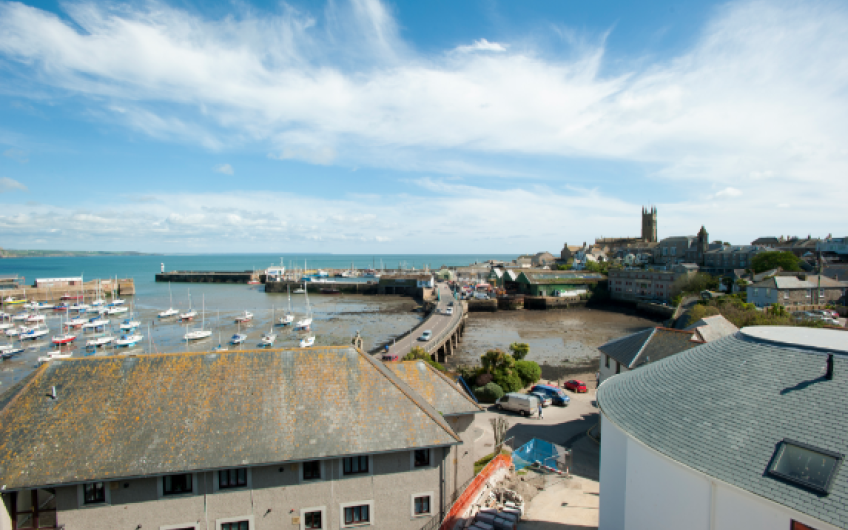 Richard Branson is planning a space launch - from Cornwall. Tanya Gold sings the praises of her home county.

In Penzance, in winter, on a spit of the land in the Atlantic, it rains for weeks – the kind of rain that engulfs you. The steep granite streets are empty by six, and you can’t get a meal in the pub after eight, because the chef has gone home to place his cold limbs in front of a wood-burner.

On Sundays, the bus runs every two hours, a damp, lonely journey to St Just, or Newlyn, or Mousehole. The remoteness feels absolute, and, now I have adequate clothing (a floor-length mackintosh with hood, and rubber boots), I love it. Everything that makes me anxious is 300 miles away.

But come May, Penzance and the Penwith peninsula change. It is a more dramatic change than you would see in a normal landscape, but Penwith is not normal. The pound shops and the banks in Penzance feel incidental to me; they are not part of the real Penwith, which is granite and sea, but the toys of a transient interloper called civilisation. This is the gateway to Lyonesse, to the site of Arthur’s last stand against Mordred at Boleigh, to the end of everything.

I fret that I sound like a tourist, even though I live here, talking nonsense about myth. My Cornish friends say they do not sense that their land is enchanted, but I do not believe them. It is, for them, mere humblebrag and too obvious to comment on.

The change is even more marked in St Just, a town with its own weather system, which is cloud. In winter it feels like a town under a witch’s curse, then the sun comes, and every day feels like a jubilee.

In May, in Penzance, the town curls out happily. You walk down Chapel Street to the harbour and see that new gift shops, with ludicrous, overpriced goods, have opened for the tourists. Cornish people do not pay £25 for a mug, not being mugs themselves. The rug shop places a rug on the pavement, which feels jolly; tourists walk past Maria Branwell’s house, wondering what Cornish and Irish magic made her children, the Brontës, dream as they did. The old pubs – the Turk’s Head, the Admiral Benbow – fill up; the strange, triangular lido opens; the Scillonian crawls across Mount’s Bay like a clock twice a day. Penzance feels generous in May, and willing to share itself.

It won’t stay like this. As summer goes on, people who don’t know how to use passing places will drive immense, and shiny, vehicles down the lanes to Porthcurno and Sennen, and we will lose our patience. They will leave bins in the middle of the road. Cornish people are considerate drivers, and know where to put the bins, but the tourists bring their town manners and their bin idiocies.

By August we will long for the rain, and the isolation, again.