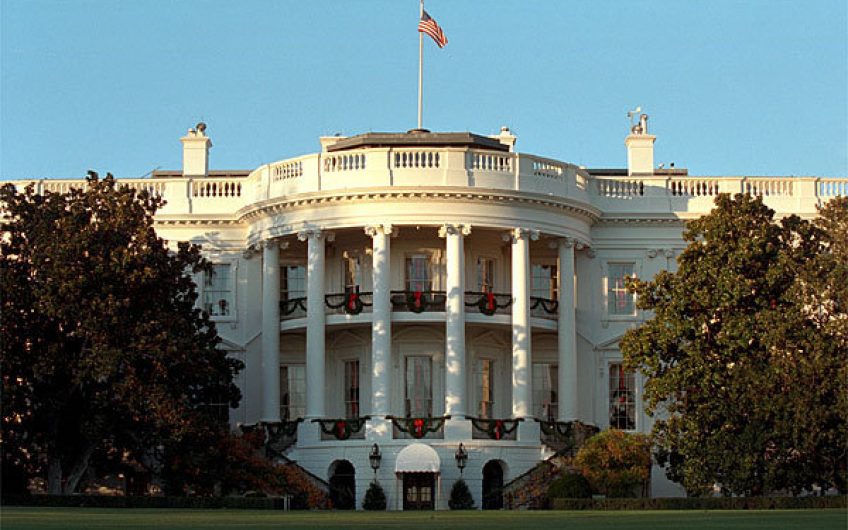 That’s the brilliant idea by the National Civic Art Society. They want an executive order from the government that the classical style should be the default style for federal buildings in Washington.

I must say I wouldn’t mind a few Gothic buildings thrown in, too. But, still, how lovely it would be if the modern junk in built America could be replaced with the classical ideals revered by the founding fathers

If ancient Rome had a powerful effect on British and European architecture, its influence on American architecture was absolutely overwhelming. You might call Washington DC the Imperial City for many good political reasons, but you'd be forcing the point a little. When it comes to architecture, though, the American capital really could slip pretty much unnoticed right into ancient imperial Rome.

The Capitol takes its name from the Roman building of the same name, built on top of the Capitoline Hill. Like its Washington DC counterpart, the Roman Capitol was also the central hub of government and the symbolic centre of the Roman world. The Founding Fathers even went as far as placing their principal government building on a raised piece of ground, like the Romans - thus the political expression "on the hill".

And, when it came to looking for a model for the US Capitol, its early architect, William Thornton, didn't stray far from the Roman capitol - he went just down the Capitoline Hill and borrowed from the second century BC Temple of Hercule.

The great imperial architect of Washington, Benjamin Latrobe, who adapted the plans for the Capitol, indulged his love of ancient Rome elswehere across the country. Latrobe designed several classical buildings in his native England before helping to spread the fashion in America. He was behind the first Catholic Cathedral in America, the Baltimore Basilica (1806-21), and, in conjunction with James Hoban, the White House. (The White House, by the way, was built on the banks of a little stream given the grand - and distinctly Roman - name of Tiber Creek).

Latrobe was a great one for Americanizing his classical influences, taking the Corinthian capital and inserting corncobs between the leaves. In the capitals of the Corinthian columns of the vestibule and rotunda of the Senate wing of the Capitol, he removed acanthus leaves and replaced them with the leaves and flowers of the powerhouse crop of the American economy - the tobacco plant.

This taste for classicism in Washington's federal buildings spread through state government, too. From the grandest state capitol in the land, the Massachusetts State House in Boston, designed by Charles Bulfinch in 1795, to the smallest state courthouse, classicism prevailed.

A similar itch for the ancient led to a rash of classical town names, even if they are mostly Greek in origin: Ithaca, New York, broke away from its parent town of Ulysses (founded 1790) in 1821; Athens, Georgia, the university town given its name in 1801 in conscious memory of the home of Plato and Aristotle; Troy, New York was christened in 1789. The trend went on for decades - Sparta, Wisconsin, was named by a keen local lady classicist in 1850.

A trend towards Gothic architecture took off in religious buildings throughout the 19th century - just look at Grace Church, the old and the new St Patrick's Cathedrals, and St John the Divine Cathedral in New York, and the Washington National Cathedral in DC. But government buildings remained resolutely classical. The Federal style, later popularized throughout America, was just a different term for a classical revival.

This wasn't just an architectural fad. The Founding Fathers were express in their intention to recall Rome not only in their buildings, but in their politics too. The American love of Rome - or, more specifically, Roman Republican virtues - intensified with the birth of the American Republic after the revolution. The fathers sought a virtuous model of government that could be separated from the monarchy they had just overthrown; the Roman Republic was ideal.

It seemed at one and the same time pure, but not too dangerously democratic. Thomas Jefferson and the two John Adamses were keen on the Greek and Roman idea of rule by the optimates - the best or, in Jefferson's phrase, a "natural aristocracy" based on the most talented. But it was in architecture that imperial America reached its apogee. Washington had his own classical home, Mount Vernon, on the outskirts of the city.

But the iconic figure who intertwined the classical threads of architecture, academia and politics was Thomas Jefferson (1743-1826). In politics, he yearned to replicate the ideals of the Roman Republic in the new American Republic. As an architect, he was an obsessive Romanist. It was Jefferson who, when he was Secretary of State, insisted that Washington's federal buildings should be classical. And it was Jefferson who in 1791 advised Pierre Charles L'Enfant - the architect who designed the grid and diamond plan for Washington DC and remodeled New York's Federal Hall with its Doric portico - to follow classical designs for the Capitol: "I should prefer the adoption of some one of the models of antiquity, which have had the approbation of thousands of years."

Jefferson was responsible too for the University of Virginia in Charlottesville, distinguished by its central rotunda, a half-size version of the Pantheon in Rome. Jefferson's other great building was the Virginia State Capitol in Richmond, boasting a handsome great portico. This Capitol was inspired by the Augustan 65/286 temple in Nimes in the south of France, the so-called Maison Carree, or Square House.

Jefferson saw the Maison Carree on a grand tour of Europe in 1787. He was "nourished with the remains of Roman grandeur", he said. So in love was Jefferson that he engaged the leading French architect and archaeologist, Jacques-Louis Clerisseau, to make sketches and models of the Maison Carree to help his designs for the Virginia Capitol.

Jefferson's masterpiece, though, was Monticello, near Charlottesville, which has a pretty good claim to be the most influential building in America. Built on top of an 850-foot mountain (Monticello means “little mountain” in Italian), the house is a little bit of Rome in the Virginian mountains, stuffed by Jefferson with cases and cases of antiquities. Monticello is built in the Palladian style, following the rules of Andrea Palladio, the Italian architect (1508-80), whose own rules derived from ancient Roman buildings. Although Palladianism had originally come from Italy, of course, it had gone through an English incarnation - with its great buildings sponsored by the Whig aristocracy. Jefferson much admired the Whig Enlightenment ideals of political liberty and republican civic virtue and in turn admired Whig architecture.