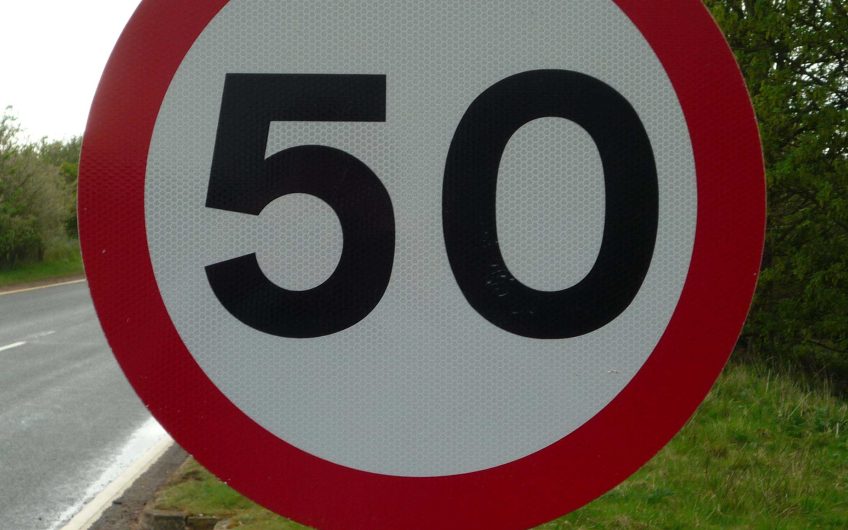 When you’re driving, the art of Margaret Calvert is probably the last thing on your mind, but her work is all around you. She designed the classic signage that helps us find our way around Britain’s motorways, and those iconic road signs which have become such a familiar feature of our daily lives. Without her subtle artistry, Britain simply wouldn’t look the same.

Last year, she was declared the Oldie Sign-Writer of Our Times. Now there's a show devoted to her on at the Design Museum.

She was born in South Africa, and came to England when she was 14. She went to St Paul’s Girls’ School and then on to Chelsea School of Art. It was here that she met Jock Kinneir, a visiting tutor (and a leading graphic designer), who gave her her big break. Margaret loved the idea of making practical designs for the general public, rather than esoteric artworks. ‘I dismissed any thoughts of going on to the Royal College of Art to study illustration,’ she recalled. ‘I knew by then that I wanted to be a designer.’

Impressed by her drive and talent, Kinneir hired her as his assistant in 1957. She soon became his equal. Her first task was developing the signage for Gatwick Airport, but the job that made her name was redesigning Britain’s jumbled road signs. She came up with a set of simple pictograms, instead of complicated instructions,. Yes, her Men at Work sign has been likened to a man trying to open a disobedient umbrella, but we all know what it means.

The main virtue of her pictograms was clarity, but they were also egalitarian. Her Children Crossing sign dispensed with school caps (too elitist) and showed a big sister leading her little brother across the road, rather than the other way around. Her plain motorway typeface championed modernism. Her use of circular and triangular signs was a Continental concept. Like all the best artists, she included traces of autobiography. The girl in her Children Crossing sign was a discreet self-portrait. Her Farm Animals sign was modelled on a cow called Patience, whom she’d known as a child.

If anything, her typography has been even more influential. The New Transport typeface she created with Kinneir was adopted by the GOV.UK website, and her font for the Tyne & Wear Metro was called Calvert (a fitting tribute). She worked with British Rail, the Milk Marketing Board and P&O. ‘Design is a service,’ she once said. ‘It’s purely logic, function and aesthetics.’ And yet, as her career confirms, at its best it becomes fine art.

Margaret Calvert: Woman at Work is at the Design Museum until January 10, 2021