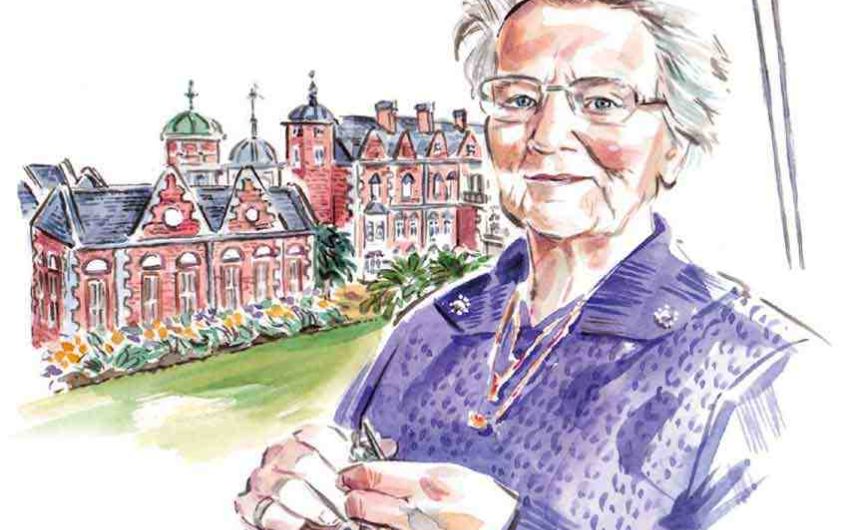 Margaret Seaman, from Great Yarmouth, did something exceptional in lockdown. At 92, she’s spent the last two years making a magnificent model of the Queen’s Sandringham Estate – in wool.

Margaret used to knit for her children and grandchildren. After losing her husband, she joined a local knitting group and, as she told the BBC, ‘It all snowballed from there.’ The end result is this stunning scale model, 18 feet long by six feet wide.

Margaret spent between 10 and 12 hours on it, almost every day, for months on end. She was often up half the night. The detail is delightful: from the latticed windows of Sandringham House to the crenellated battlements of the church tower. Knitted foliage reflects the towering trees that surround the Queen’s private retreat.

Last summer, Margaret’s creation went on show at the Norfolk Makers’ Festival, at the Forum in Norwich, to raise funds for local hospitals. ‘If I can think of something to do that we can show to people, and raise money for a charity, it would be something worthwhile,’ she reflected. Hear, hear!

During the Second World War, Sandringham’s lawns were ploughed up and planted with vegetables, to support the nation’s Dig for Victory campaign. To support Britain’s hospitals,we should have a Knit for Victory drive. Margaret Seaman must be in charge.