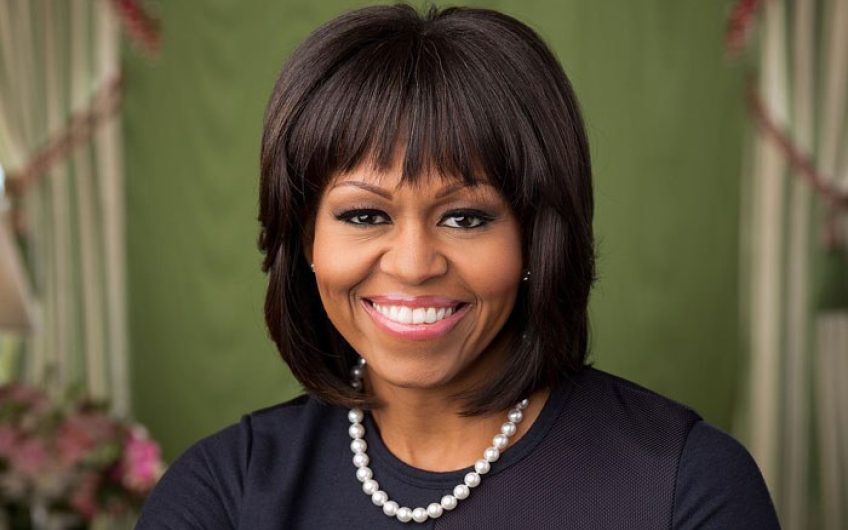 Women love Michelle Obama, right? No frosty Laura Bush here. Mrs O is all hugs with the Queen, and press-ups, sparkly cardigans and vegetable patches at the White House. Not since that other Mrs O, Jackie, has a First Lady attracted so much attention.

Of course, there was Hillary – how could we forget? – but she attracted attention in a different way, namely by refusing to be First Lady at all. We don’t blame her, though, because she took it out upon red-blooded Bill, and who could say he didn’t deserve it?

But Michelle... now here was a First Lady who incarnated the best bits about America – living proof that if you work hard and believe in yourself, you can get from Chicago’s Southside to the Capitol. Beyoncé might even sing the soundtrack to your astonishing ascent.

In her new memoir, Becoming, Michelle Obama hits all the high notes that have made her so popular. With her trademark candour, she describes her relationship with Barack, even going so far as to use the word ‘lust’ to describe their early days. Seemingly aware that a fascination with their physical relationship is part of the couple’s appeal, she coyly alludes to the ‘toppling blast’ that accompanied her first impressions of him.

The more I read, the more I realised that Michelle’s brand is built upon the projection of collective ideals onto their relationship. Even the book’s cover – the former First Lady coiffed and suggestively dressed in an off-the-shoulder white top – hints at her sex appeal. A long way from the smutty sex scandals of the Clinton era, the Obamas made good on America’s ‘First Relationship’.

As an icon for women or, rather, as she refers to them, ‘girls’, you could do worse than modelling yourself on Michelle. She discusses marriage as a process of adaptation, of learning to live with another person, and the long journey of welding joint hopes and ambitions into something that works for everybody, however hard this was. ‘For many women, including myself, “wife” can feel like a loaded word.’

Mr Obama certainly doesn’t sound easy; here was a man who left his new wife back in Chicago while he flew to Bali to finish his early opus Dreams from My Father. Charmant. Aware of the long history of wives doing what they were told, Michelle looked confusedly at her mother and back at herself, and puzzled away at what her lot would be as Mrs Barack Obama. Navigating the complicated nexus of being an educated woman in her own right, a wife and a mother, Michelle has something for everybody. Her struggle to conceive, culminating in the IVF birth of her two daughters is yet more evidence, if any were needed, that she shares our own hopes, disappointments and desires.

Except of course, she can’t share that much with her audience. Her trajectory from working-class black girl from the wrong side of the tracks to the first black First Lady of the USA via Princeton necessarily sets her apart from all the women she reaches out to. I wonder how much any of this even matters; memoirs are, by definition, of exceptional lives and deeds. Yet something feels amiss here, perhaps due to the curious over-familiarity Michelle has cultivated with her audience, the effect of which is both tantalising and frustrating all at once.

Is she reaching out to women or simply reaching down from her position of privilege? Becoming is an extraordinary account of an exceptional life which deserves to be chronicled. Just don’t expect to have any particular insight into how Michelle became what she is. This is a political book not a memoir.