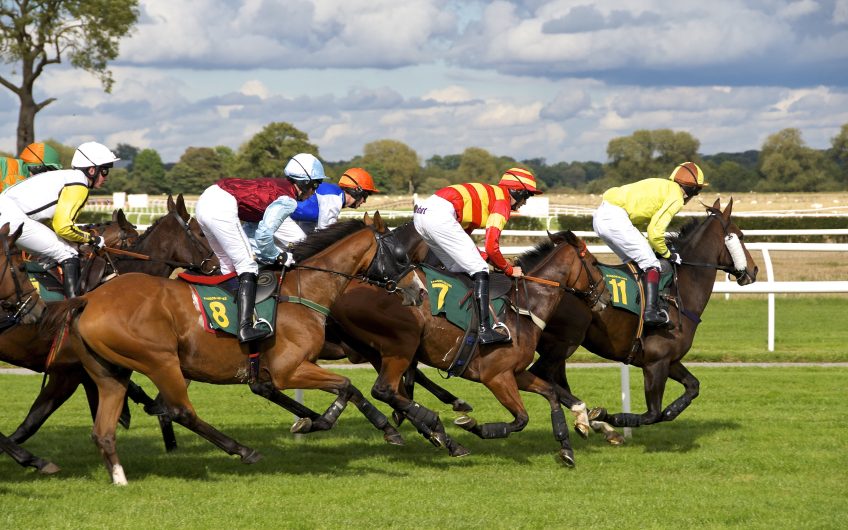 How many former England football internationals can you name who are still scoring against international opposition thirty four years after retiring?

But Mick was quick to take up another, in which he has been scoring ever since – as a racehorse trainer. On February 16, 1988 the new kid on the training block sent out his first winner – Trout Angler, at Towcester. There was an eighteen month gap before the next one – You Know The Rules, at Nottingham in September, 1989, but from the start of the 1990 season he began banging in winners in even greater numbers than he’d scored goals.

His second international career started with a winner in Ireland in August,1991, and some thirty years later he was still netting abroad, with a classy effort in France this August – when as a now established and admired racehorse trainer he took a runner called Cairn Gorm to the very up-market Deauville racecourse, where, partnered by top jockey Tom Marquand, the horse won a six furlong sprint, collecting prize money of £23,728.81 in the process.

The win at Deauville lifted the total prize money Mick’s runners have won for him - with 327 victories - in just the last five seasons, to an amazing £3,761,601 at time of writing this article.

However, Mick was clearly no fan of horse racing in the USA, telling me – ‘I went to Hollywood Park – it was terrible. No atmosphere, no character, no feeling of personal involvement. I don’t like their centralised racing, it’s awful.’

I first interviewed Mick almost exactly forty years ago. Had I transcribed it word for word I’d never have been able to publish it anywhere, as virtually every sentence he uttered contained fifty per cent swear words!

Which merely emphasised his enthusiasm for the complete career change he was clearly always planning to make. He told me that as a child he lived in deepest Wiltshire, where ‘the horses would come through the village, and I gradually became interested in them, and dreamed of owning my own.’

He made his first team debut as a teenager for Southampton on Easter Monday, 1966, scoring against Bristol City. He ended up with some 220 goals for Southampton in 500+ matches, finally retiring from the game in 1986, having become one of the most popular characters in the game, particularly noted for his own ‘windmill’-like goal celebration as he whirled his arms around in triumph.

'I don't know how my goal celebration started,’ Mick explained in 2004, ‘but in those days all the lads had their styles. It was like your signature. Denis Law stuck one hand up the air when he scored, mine was maybe more irritating which made me want to do it all the more! 'Even now people still refer to it. I've even occasionally been known to do it after I've trained a winner but not often because you get funny looks in the racing game.’

One equally gifted footballer Mick played with spotted his dual loyalty to two totally different sports. The late Peter Osgood revealed, ‘I used to look at Mick during a match and watch him laughing and muttering to himself. I’m sure he was slightly mad – unless he was thinking about how his horse was getting on in the 3.30.’

He netted his first ambition in racing when he bought a horse called Cathy Jane for £440, who won three races for him in 1973 as a four year old, after which Mick began breeding from her. ‘It was when I couldn’t afford to buy any more horses of my own that I decided to start breeding them.’

Cathy Jane’s son, Man On The Run was half owned by Mick and his friend, England skipper Kevin Keegan, who Mick lured into the sport – ‘I got him along to the races. Our horse came stone last – so we got drunk on champagne.’ The versatile Man On The Run was a winner for the pair over jumps and on the flat.

Mick always enjoyed backing his own runners: ‘I punt every now and then, but I always follow my own judgement and certainly don’t blindly follow any particular trainer or jockey,’ he told me.

The seeds of Mick’s second career were planted during his footballing days. He recalled : 'When Micky Quinn (a fellow player who would also become a trainer) was with Portsmouth I used to visit him and wind up the lads who were out of favour with the first team and training with the reserves. I'd walk past the dressing room in my muddy wellies with The Sporting Life under my arm and shout 'Mornin reserves'.

It became an in-joke between Mick, Alan Ball and me because the lads really hated it. Then Bally bought a horse and called it Mornin Reserves.'

But once Mick’s football career had ended, leaving him with a legacy of arthritis in his feet, he was happy to make a complete break with the game.

A tragic car accident in 2008 nearly brought down the curtain on Channon’s life. He was airlifted to hospital along with teenage son Jack after the pair were passengers in a Mercedes which veered off of the M1, hitting a concrete post. The driver, a good friend. was killed.

Mick recovered– even to the point where when his old side, Southampton, reached the League Cup Final against Manchester United in 2017 he said he was ‘too busy’ in his current career to go to Wembley Stadium to see the match, adding that he was ‘totally disillusioned with football – there’s no values or loyalty any more. ‘Make no mistake – the clubs don’t belong to the d***heads that own them – they belong to the supporters.

‘I’m in my seventies, and I’ve done two things I’ve absolutely loved. It’s all about living your life, and being fair with people. People will tell you I’m a grumpy old bugger – I moan and groan. I want things done right, and I want to be competitive.’

Probably just as well he didn’t fancy that match at Wembley, though – as the Saints lost 3-2.

Mick seems to have no imminent plans of retirement and one ambition he confided to me has yet to be fulfilled – so maybe he’ll only pack it in when that is achieved:

‘I’d love to own or breed a Derby winner. I’ll carry on as long as I enjoy it. The game’s not just about winning – it’s about the pleasure you get out of being involved in it.’

The stables will be in good hands……..