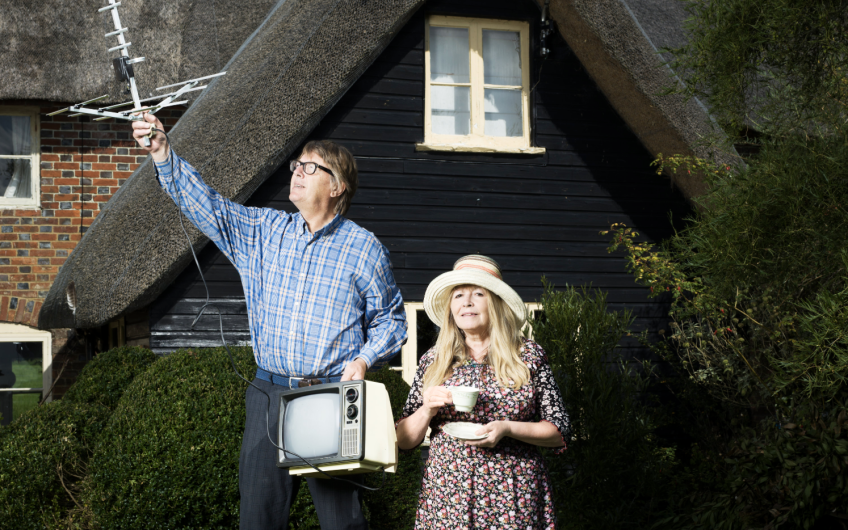 When the invitation to the wedding in Florence of Matteo Belgrano, a former cottage bed-blocker, arrived, it came with an addendum:

‘We appreciate that this is a big ask for those coming from abroad but really hope that you will be able to be there and celebrate with us.’

A big ask indeed for a man, like myself, known to be existing under economic house arrest and loath to leave his garden in June. It is also known that, for an over-popular couple to hold their nuptials abroad, the guest list will miraculously self-cull, and so I assumed that Belgrano would be relieved if I, a man with no interest in dancing, were one of the refuseniks.

Surely I would be better employed providing the food plant kidney vetch for the rare small blue butterfly I have spotted bravely trying to colonise my garden.

But my daughters insisted that I had become a father figure to Belgrano over the years of his bed-blocking. ‘He’ll be devastated if you don’t come, Daddy!’

I view going abroad as akin to a military operation. All plans must be in place, including contingency plans in case things go awry. In former days, I liked Thomas Cook to make the arrangements for me; so my only responsibility would be to turn up at the airport with my passport, a canvas money belt, traveller’s cheques and a packet of Entero-Vioform to avoid ‘holiday tum’.

But such travel agents no longer seem to exist and, as an analogue man in a digital world, I find I don’t have the skill set to book flights online or have boarding passes sent to iPhones. Consequently I had to leave all the admin to Mary. I reacted badly when she waited till we were in the departure lounge with hordes of fellow wedding revellers before dropping the bombshell that she was yet to book accommodation for the last three nights of our six-night Euro-jaunt.

‘Let’s just see how things pan out,’ she yawned. ‘You can’t set things in stone when you’re going in a big group because everyone else chops and changes what they are doing right up until the last moment.’

A rush of cortisol caused me to rock to and fro and hug myself as though wearing a straitjacket.

‘Giles,’ marvelled another guest. ‘I had no idea you were such an old woman – no offence to old women.’

But there are great dangers for an Englishman in Tuscany. The heady smell of linden blossom and the screaming of the swifts among the campanile induce euphoria. And what shady cafés and restaurants pop up just when you need them.

The Continental beer is so cold and strong that soon you fall victim to that floaty feeling that comes from being in the fool’s paradise that is abroad.

Everything is perfect until you have to go somewhere or do something involving passports, local knowledge and iPhone chargers... and more rushes of cortisol.

At least Belgrano’s wedding turned out to be a triumph of both organisation and aesthetics. No detail had been overlooked, including the provision of a selfie stick for each table.

But Mary was right. Last-minute planning triumphed. A friend of a friend offered three days’ accommodation in his pristine villa in the breezy hills above Florence in exchange for a sketch. But it was fashion week and no taxis were available to take us to the airport for the return journey. More rushes of cortisol.

‘Don’t worry,’ said Mary. She had seen a hippie driving down the rocky unmade road to the next-door villa the day before. ‘We are having difficulty booking a taxi,’ she asked suavely. ‘Could we pay you the 50 euros to drive us to the airport yourself?’

The cortisol footprint was great but making arrangements on the hoof turned out to have worked. Unfortunately, because I had insisted on booking return flights before we left the UK, we left no flexibility to stay longer, which we were invited to do.

Back home, I rang my mother who pronounced, ‘Yes, darling. Mary’s right. Your generation, unlike mine, is living in a happening world because everyone’s linked up and there are more opportunities for serendipity.’