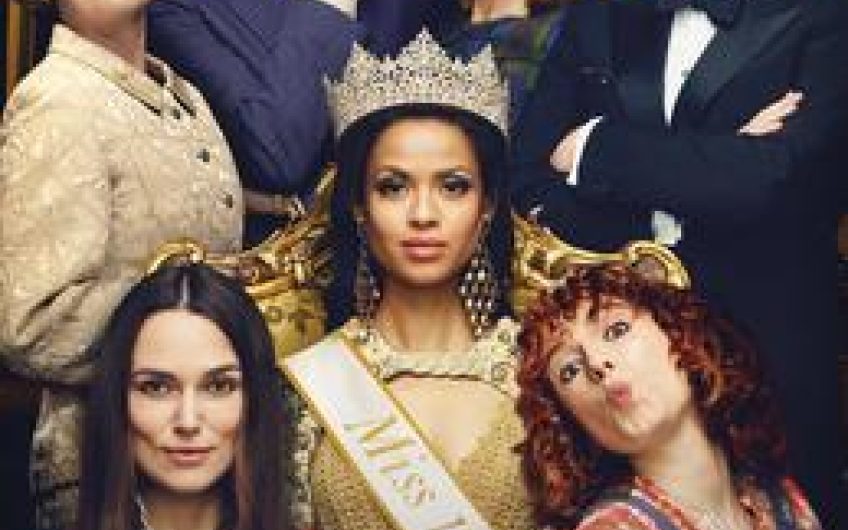 Big news stories are so interesting that dramatisations of them have got to be extremely good to be better than real footage.

The story of Misbehaviour - the protest at the Miss World contest at the Albert Hall, when feminists pelted the contestants and Bob Hope with flour bombs - only happened in 1970. So there's plenty of glorious real footage of Bob Hope, the first black Miss World, Jennifer Hosten, and Miss World's organisers, Eric and Julia Morley. In one sublime clip that appears in the closing credits of Misbehaviour, the 52-year-old Eric Morley shows the girls how to sashay along the stage in a gown and crown.

Rhys Ifans as Morley dramatises this scene beautifully - but he's one of the rare rays of light in this dire film. Keira Knightley is bland as one of the protest leaders, flattening what little life there is in the banal script by Rebecca Frayn and Gaby Chiappe. It doesn't help that Knightley's better-looking than most of the Miss World contestants, too.

What fun a gifted comic writer could have had with the Morleys, and the parade of lovelies from around the world, and all the national stereotypes that went with them.

Instead, there are two triumphant stories, set against each other but with no resultant tension: the feminists protesting at the objectification of women; the big break that Miss World gives to the contestants, particularly the winner, Miss Grenada (Gugu Mbatha-Raw). The film is so badly written and directed that you end up feeling the triumph of neither.