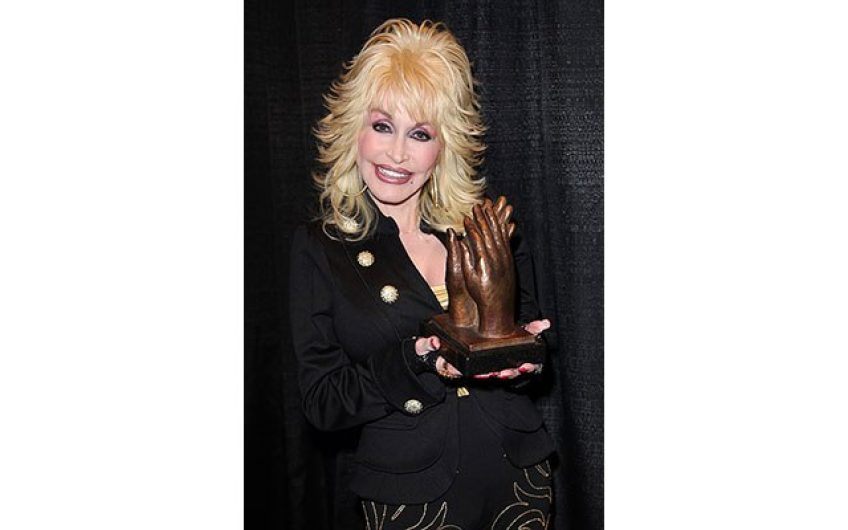 Dollying is when a celebrity does something unexpectedly marvellous outside their usual field of expertise – and emerges with their reputation enhanced.

Anyone lucky enough to receive a dose of the Moderna COVID-19 vaccine in the coming weeks has an unlikely benefactor to thank: country-music legend Dolly Parton.

Back in April 2020, when the search for a vaccine was in its tender, early stages, the writer of Jolene made a $1-million donation to the Vanderbilt University Medical Centre near her home in Nashville, Tennessee. Parton had become friends with a surgeon there, Dr Naji Abumrad, following a minor car accident in 2013.

When Dr Abumrad told her about the vaccine-research project that was getting underway at the hospital, Parton was moved to help. She described her contribution as a ‘little seed money that will hopefully grow into something great and help to heal this world’.

The US government ended up topping up the Dolly Parton Covid-19 Research Fund to the tune of about $1 billion – and medics at Vanderbilt say the Parton injection was ‘critical’ to the success of the vaccine, which has the highest effectiveness rate of all the vaccines.

‘This lady has a terribly inquisitive mind,’ said Dr Abumrad. ‘She is probably one of the smartest and most giving human beings I have ever met.’ Other medical professionals have been just as effusive. One British doctor posted a video on social media of himself singing (to the tune of Jolene), ‘Vaccine, vaccine, vaccine, vacciiiine/ I’m begging of you, please go in my arm.’

Dolly Parton is not the only celebrity to be emerging from coronavirus with her reputation boosted. Suddenly, deprived of red carpets, concerts and sporting events, celebrities have been keen to prove their value to society.

The Manchester United striker Marcus Rashford is the best example of a British Dolly. His impassioned campaign on behalf of the poor schoolchildren left hungry because of the Government’s coronavirus response is the most effective single-issue political campaign in recent memory. It had the unexpected side effect of rehabilitating the public image of footballers.

You could also point to the singer Rihanna’s donation of $2 million to charities supporting domestic-violence victims, or Brad Pitt’s giving groceries to the homeless in LA.

Those of us working the nine-to-five (what a way to make a living!) are usually pretty cynical about celebrities these days – especially celebrities who make grand claims about saving the world. But what Parton and Rashford share, wrote Rhodri Davies of the Charities Aid Foundation, ‘is an apparent reluctance to position themselves at the centre of the story, and a desire instead to emphasise the contribution of others’.

This is at odds with the image of the ‘lone saviour’ that has dominated tales of celebrity philanthropy in the recent past – and helps explain the adulatory response to their actions.

But perhaps something else has happened, too. Normal celebrity culture has ground to a halt. We have been applauding not demigods in concert halls and football stadiums, but everyday heroes on our doorsteps.

Who cares about the Kardashians’ bums in the midst of a pandemic? The new currency is generosity, utility, efficacy and selflessness.