More than a man can bear 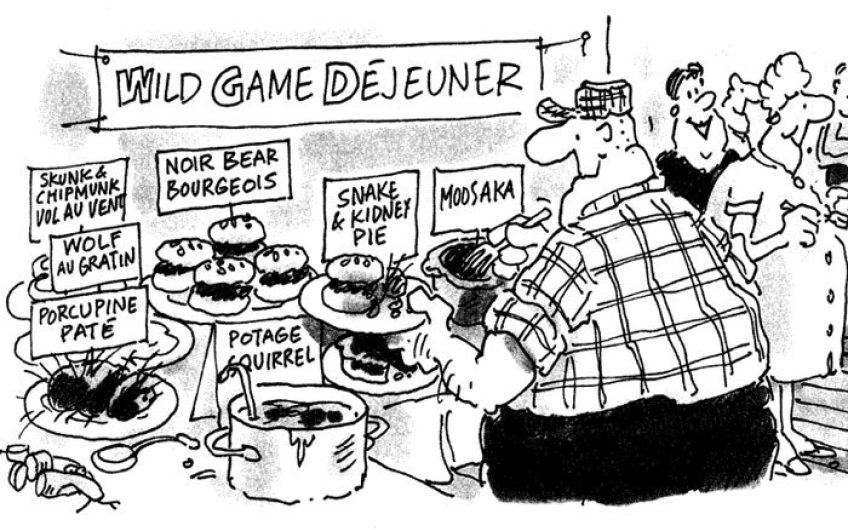 Strangers, who obviously take me for an imbecile, ask again and again: ‘You mean to say you come to London for the winter months?’ Yes I do. Born and bred in Montreal, I have, all the same, long looked on London as my second home. I first sailed for England on the Franconia in 1950, my intended short stay broken up by lengthy sojourns on the Continent, extending to more than twenty years. I met my wife in London and four of our five children were born here. We returned to Canada in 1972. In 1993, our children grown up, Florence and I acquired a flat in SW3, which we have made our winter quarters.

Natives of this island who regard our choice as bizarre are happily unaware of the alternative. Six months of punishing winter. Icy streets. Frozen pipes. Cars that won’t start. Three-day blizzards. Never mind this winter’s Great Ice Storm, which paralysed Montreal for ten days, leaving it without light or heat. It is also good to escape Quebec’s loopy language laws. Among other petty-minded strictures, the French Language Charter, which was introduced by our separatist provincial government in 1977, prohibits English on outdoor commercial signs, unless the English lettering is half the size of the French. In the absence of Keystone Cops, this is enforced by our language police – or tongue-troopers as they have been dubbed – armed with tape measures. Pondering corruptions of the language of Racine, Voltaire and Brigitte Bardot, alert Québécois lexicographers have legislated the humble ‘hamburger’ edible by renaming it the ‘hambourgeois’.

In the spring of 1996 an alert inspector from the Office de la Langue Française was responsible for what became celebrated as ‘the Matzoh Bust’. Weeks before Passover he espied boxes of imported matzohs, labelled in English only, on the shelves of a kosher grocery in Montreal, and ordered them removed. The story, a real knee-slapper, was carried round the world, embarrassing Quebecers. So the government had second thoughts. It exempted matzohs from French labelling regulations for forty days before Passover and twenty days after. Those Jewish felons who, like me, might fancy a delicious matzoh omelette on the illegal 68th day have the satisfaction of knowing that we are bonding with the conversos of fifteenth-century Spain, who also had to practise their religious rites in secret.

No sooner was the matzoh crisis settled than another francophone zealot struck. An indignant customer of a Montreal pet shop threatened to complain to the Commission de Protection de la Langue Française, because a parrot called Peekaboo spoke English only.

Our separatist Parti Québécois government has succeeded in dividing Quebecers into the pure laine and les autres, that is to say the pure and impure woollies. The former is composed of old-stock francophones, the overwhelming majority, and the latter of anglophones and so-called allophones (Italians, Greeks, Portuguese, and so on). I’m proud to report that Quebec’s Jews, most of us descended from East European shtetls, pass muster as anglophones, even as we are incongruously dubbed ‘Anglo-Saxon Jews’ in Israel.

The French Language Charter’s ultimate goal is to make French the common language of all Quebecers. So, understandably, alarm bells went off when a government report revealed that sneaky impure woollies still read English-language newspapers and magazines, sometimes even books, and watched English-language TV and videos at home. Worse news. There was damning evidence that the ungrateful children of allophone immigrants, who were obliged to attend French-language schools, preferred to flirt in English in their schoolyards.

I would be remiss if I suggested that all francophone Quebecers were intolerant of anglophones. Or were intimidated by anglophone royalty for that matter. Take, for instance, the case of pop singer Charlesbois, a Québécois vedette. It has been reported that, seated next to the Duchess of York at a dinner party last year, he said: ‘It has to be easy for the Queen to go to the hairdresser.’

Neither would it be fair to suggest that life is a misery for an English-speaking novelist in la belle province. I enjoy a certain frisson, scribbling in a language that affronts Quebec’s visage linguistique.

Until 1993, Florence and I saw out the long winters rooted in our dacha on the shores of Lake Memphremagog, in Quebec’s Eastern Townships, hard by the Vermont border. Giving up the Townships for London has deprived us of a number of social-cum-cultural events, among them the annual Wild Game Dinner at The Owl’s Nest, an unassuming watering hole perched on cinder blocks out on Highway 242.

>span class="s6"> washed down with quarts of Molson’s Ex and a brand of Ontario vino that could, in a pinch, clear car windshields of frost. Smoking, bawdy language and sexual harassment are encouraged, but ‘wacky-baccy’ is not tolerated. In the absence of a string quartet, the management provides a fiddler, screechy beyond compare, or somebody who can master the battered piano with the six missing keys. This long, enchanted evening usually culminates in one of the celebrants breaking a chair over the head of a neighbour, his hollered explanation charged with baffling sexual contradictions, as in, ‘You’ve been screwing my woman, you fucken little faggot’.

Among my good companions in the Townships I count Big Foot. Big Foot winters in a remote cabin high in the hills, but once a week he descends through the snow drifts to The Hooter, another bar on the 242. Attired in a shiny black suit and soiled white shirt with a ruffled collar, sporting an enormous bejewelled crucifix in place of a necktie, he will sit down at a table and order three quarts of Molson’s. Then he will bet anybody a dollar that he can lift him off the floor by his trouser belt ‘wiff my teef’. One week Big Foot did not appear at The Hooter, so a bunch of regulars piled into a four-wheel drive, laden with cases of beer, and headed for the hills. A distraught Big Foot was discovered staring into space at his kitchen table. ‘My wife must be very angry wiff me,’ he said. ‘She hasn’t spoken to me for two nights. I can’t get her out of bed.’

One of the regulars went into the bedroom and returned to tell Big Foot: ‘She ain’t angry with you. She’s dead.’