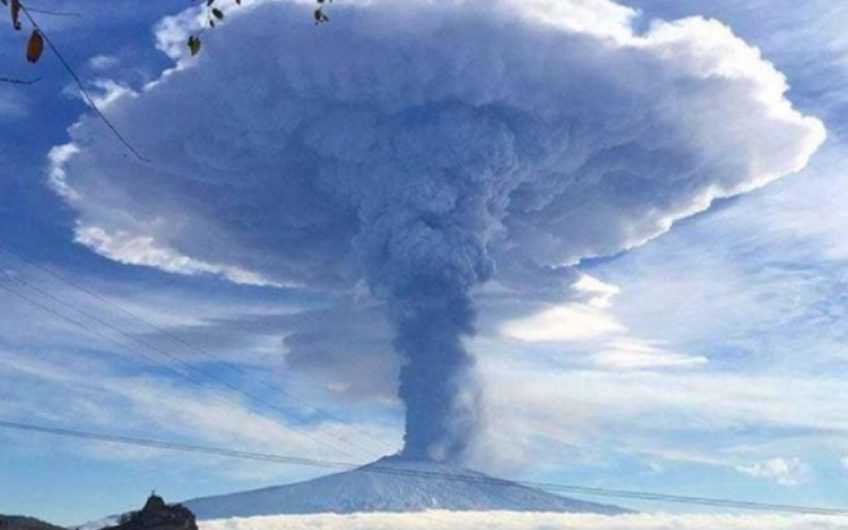 How thrilling the graffiti is that's just been discovered in Pompeii. The graffiti is dated in October, 79 AD – ie two months after the traditional eruption date of August 24.

How terrifying, though, is the prospect that Vesuvius will almost certainly erupt again. Last year, Mount Etna erupted. it must have been horrifying for the eight people, including a BBC film crew, injured by flying rocks as they climbed the volcano.

The volcano had been spewing lava since February 2017. When the boiling hot magma hit a snowdrift this week, it exploded with horrifying effect.

Etna has been seething away for years – but it hasn’t been quite so violently active for three decades.

And it’s not the only volcano that’s ready to blow its top. Several hundred miles north lies the most famous volcano in the world – Vesuvius. And it is bound to erupt again one day.

Five miles beneath Vesuvius, stretching out to sea, there is a bubbling, 150 square mile reservoir of molten magma, yearning to see the light of day.

Pompeii and Herculaneum – so carefully uncovered by archaeologists more than 250 years ago – may once more be hidden from the world.

It won’t just be ancient Roman cities that will be engulfed. In recent years, the Italian government has imposed a danger zone on the lower slopes of Vesuvius – where locals aren’t allowed to build new houses. With a healthy Italian disregard for pettifogging legislation, locals have blithely disregarded the rules; they have been building homes deep into the danger zone. An added attraction is the great fertility of volcanic soil which makes farming a lucrative business. I can think of safer jobs than being a farmer on Vesuvius.

My gangfight on the buses - Jem Clarke