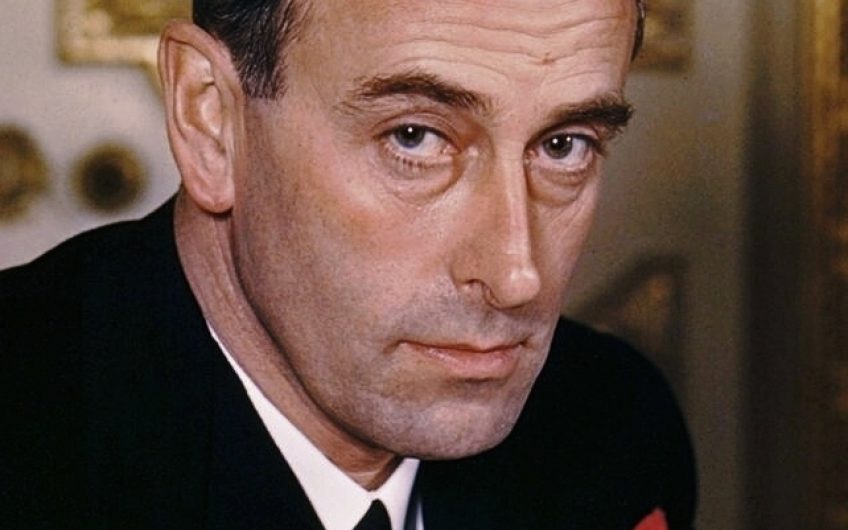 David Roberts remembers working with Lord Mountbatten just before his tragic assassination, which happened today in 1979

It was Barbara Cartland – a close friend of Mountbatten’s – who suggested Rainbird (my employer) when he asked her to suggest a publisher for a book of photographs from his archive.

I may say that Mountbatten had sets of Barbara’s books which he read. He read nothing else much, as far as I could see.

I was sent down to Broadlands, Mountbatten’s beautiful house overlooking The Test, to go through his extensive photograph collection and select a few of the best for a book he was determined to call My Life in Pictures – even though, as I told him, it sounded as though he was remembering his time in Hollywood.

The photographs had been censored but there were still photos of Princess Anne in a grass skirt dancing on the Royal Yacht and intimate photos of Edward VIII. There were touching photographs of the Tsar’s children, slaughtered during the Revolution. The idea of Lord Mountbatten as a child playing with these doomed children was touching. We agreed that a photo of Mountbatten on a tiger-shoot was no longer politically correct – not a phrase he would ever use. There were lots of photos of Mountbatten’s girlfriends of which he seemed proud – I did wonder if they were disguising other tastes.

I found him very polite – even when I did something silly, such as taking some of the albums home to show my wife without his express permission. When he reprimanded me, I felt like a young officer being lambasted.

He was a vain man but he had charisma. You knew you were in the presence of near-royalty. I could see how he must have given the ‘forgotten’ armies of the Far East a new feeling of being better and more important under this glamorous leader.

Like many famous men he had a host of stories in his mind which he repeated word for word if you touched the right button. He told me how he had gone into the Cabinet Room to announce the dramatic news to Churchill and other bigwigs that Hitler was dead. In fact, it had been Churchill who had made the announcement of Hitler’s suicide. Mountbatten was not lying. He believed the story he told.

Mountbatten would often come down to the basement to see how I was getting on and once invited me up to lunch with him. It was a beautiful day and we sat outside at a little table on the terrace overlooking the Test.

The butler came to serve us with three frankfurters and Mountbatten solemnly cut one in half, so that we had equal shares.

The butler’s arthritis was so bad that he couldn’t open the tomato sauce. I had to do it for him.

When the book was finished, Mountbatten signed a few copies and said he would sign more on his return from Ireland. He never returned. 40 years ago, on August 27th, 1979,

he was assassinated in Ireland – he said royals were never murdered – always assassinated. Apart from the terrible tragedy of the death of the others in the boat with him, I had a feeling he might not have minded dying in an explosion. He feared more than anything being a forgotten figure from a previous generation, lingering on in obscurity.

I knew, despite his well-documented failings, that I had been in the presence of a great man when I had got to know him just a little in the weeks before he died.

My ABBA tribute – at the police station