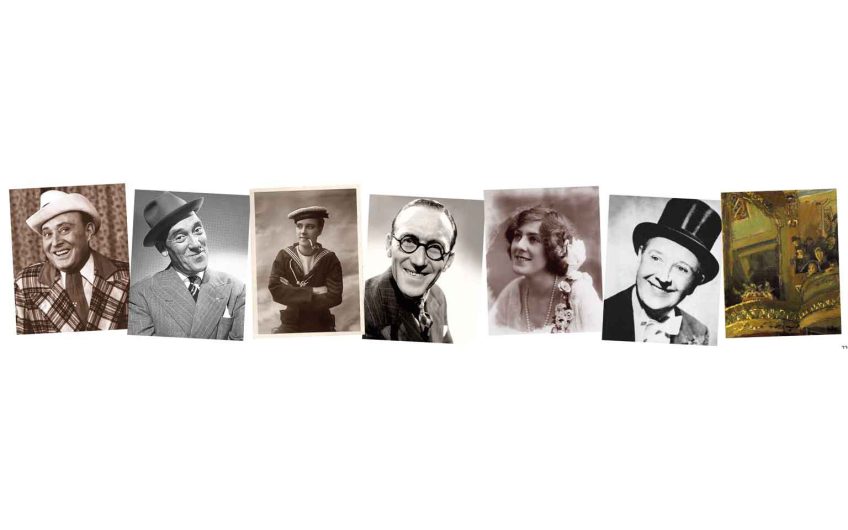 When I was knee-high to a grasshopper, my parents insisted on my having regular haircuts.

The nearest barber was Mr McGrath, whose shop was in walking distance of our Melbourne mansion. Mr McGrath’s tonsorial speciality was ‘short back and sides’. I remember that old feeling of dread as his electric clippers carved away at my hair, and those stooks of precious fibre tumbling on to the not-too-clean cotton tent in which I was swaddled.

Although my mother approved of Mr McGrath’s deracination of my scalp, she had her doubts about him.

‘Isn’t McGrath an Irish name, Barry?’ she once enquired.

I didn’t tell her that the barber provided questionable ‘reading matter’ for his customers, which included breakfast-stained copies of Smith’s Weekly, a raffish tabloid full of jokes and decorous ‘pin-ups’. Foolishly, one night over dinner, I asked if we might subscribe to it. ‘Uncle Wilf reads it.’ I ingenuously pointed out.

‘For the racing!’ snapped my mother, in defence of her brother-in-law, who enjoyed the occasional sherry.

But my parents totally approved of my comics, Film Fun and Radio Fun, which came all the way from blitzed London, and were rolled up and pitched over our front fence by the local newsboy for an extra two and sixpence at Christmas.

What I loved about Smith’s Weekly and the English comics were the jokes. Many were incomprehensible, but the thought of a whole publication devoted to laughter seemed miraculous.

The personages in the comics were strangers to me: Tommy ‘You lucky people!’ Trinder; Arthur ‘Hello playmates!’ Askey; Tommy ‘It’s that man again!’ Handley.

But I could tell that they were all famous somewhere, far away. And when, a few years later, they actually turned up at the Melbourne Tivoli, I implored my parents to take me there.

The ‘Tiv’ was a wonderful, shabby, old-fashioned theatre, plushed and gilded – but, to my dismay, when I saw them on the stage my Radio Fun heroes seemed much older than I had expected. (It’s sobering to think the Crazy Gang first got together 90 years ago.)

‘They only come to Australia when they’re at the end of the road,’ my mother sagely observed.

But my God, they were funny! On the whole. In my experience, comedians are even funnier, the older they get. Well, that’s my story.

On the two occasions when we visited what my mother sapiently called ‘that theatre for common people’, Tommy or Arthur would say something and the whole audience would explode with laughter. It was a noise that only a tragedian might find objectionable. I felt my father’s chair shake. He was convulsed with silent laughter, which stopped only when he caught my mother’s basilisk eye.

I realised then that there was another kind of joke. A joke for grown-ups eliciting hilarity and something akin to shame and embarrassment, which only enhanced its effect. It has a prim name: ‘the off-colour joke’.

When I was about 11, I invented a comic magician for the entertainment of my sister’s friends. He was a magician whose tricks all failed – anticipating the routine of Tommy ‘Just like that’ Cooper, but without his genius. Halfway through my ‘act’ in the corner of the garden, my mother’s admonitory voice sounded from the terrace.

‘Don’t look at Barry, girls. He’s only drawing attention to himself.’

How right she was. And I’m still doing it. When, many years later, I had been conscripted into the theatre, I began to realise that drawing attention to myself would probably be my life’s work.

The wireless had regular programmes of funny recordings to cheer us up during the war. Most of the records we listened to had been made in the 1930s by old British comics and I listened in, enthralled by the voices of Max ‘The Cheeky Chappie’ Miller, Cyril ‘Pin back your lugholes!’ Fletcher, Horace Kenney and Cicely Courtneidge DBE (born in Sydney!).

They seemed to be wonderful people; always happy, always with a jest on their lips, and that most enviable quality of all: they were popular.

When I came to London, the first theatre I hurried to was the Old Metropolitan. It is hard to picture it today in Paddington, where the concrete bastions of the Westway spring across Edgware Road. Well, it’s long gone, but to enter the Met in 1959 was to visit the Past. It was still in its original juice.

You could sit up there in the gods and you were in a picture by Sickert. You could smoke, of course, and sip a pint of old and mild, and lean over the brass rail and there, way down there on the stage, was Hetty King in her mariner’s suit, smoking her pipe and singing All the Nice Girls Love a Sailor.

She was followed by G H Elliott, who called himself ‘the Chocolate-Coloured Coon’, who sang Lily of Laguna and, at the insistence of the audience, an encore – If You Were the Only Girl in the World – which brought the house down. This one moment was worth the entrance price of two and six and even the cost of the five-week voyage from Australia.

The audience at the Met was old. It was a pre-war audience. Some of the ladies brought knitting; one, next to me, shelled peas. All joined in the choruses.

Then, on to the stage, came Randolph Sutton.

He had no sooner sung the first phrase of On Mother Kelly’s Doorstep than everyone joined in. Dear Randy lifted his shining rouged face to include all of us in the cheap seats, and basked in the spotlight. I told John Betjeman about him, and he and his girlfriend, Elizabeth Cavendish, went down to Brighton every time Sutton performed there; they became devoted friends.

These old jesters had the knack of seeming to fling their whole lives across the footlights, crying out, ‘Catch!’ A bit like Edna and her ‘gladdies’, come to think of it. This is an old tradition chronicled with erudition and affection by that great anatomist of humour and friend of comedians Barry Cryer.

When, in the 1970s, Bruce Beresford and I made two films based on the Nicholas Garland/Humphries comic strip Barry McKenzie, I was able to cast a few old vaudevillians in supporting or marginal roles. Thus ‘Monsewer’ Eddie Gray, Arthur English, John Le Mesurier, Tommy Trinder and my fellow Melbournian Dick Bentley made memorable appearances.

Bentley had become famous from his radio shows with Jimmy Edwards. In his flush years, he drove a big, cream Bentley motor car, and wore shoes by Lobb and suits by Kilgour & French of Savile Row.

When I knew him, his celebrity, like his income, had receded. The car was sold, the lapels on his suits had been surgically narrowed to a fashionable mode and the bespoke shoes were polished to an unnatural lustre. A light maquillage emphasised, rather than concealed, the fine, red spider veins on his nose. He was loquacious, apologetically bawdy and still very funny.

I had realised, after my first visit to the Met, that I belonged in this motley company. People like Dame ‘Hello Possums!’ Edna, and Sir Les ‘You’re lookin’ good!’ Patterson derive from the long and disreputable tradition of the British music hall.

My paternal grandfather came from Manchester: when I first heard George Formby, I also heard the voice of John George Humphries – without Formby’s buck teeth and the banjo. My shows always do well up North – so I like to think of myself as a ‘northern comic’. Surely better than being a Kentish clown, or a Dorset droll.

In closing, a vignette: I once stood in the wings at the Palladium watching Danny ‘Wotcha, mates’ La Rue doing his Royal Command act. He came off to huge applause, covered in sweat, but triumphant in his glittering, gold lamé fishtail dress. The audience was still clapping wildly as Danny La Rue, the last of the great drag acts, looked exultantly back at the stage.

‘They love their Dan,’ he said, thinking aloud.

What is... cottagecore? - Deborah Nash