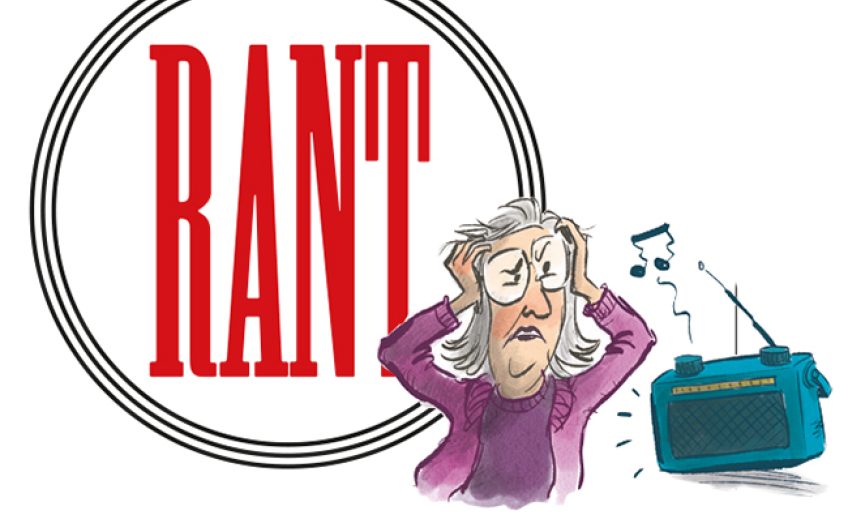 Laura Sheridan rants about the tuneless tendencies of modern music

Whatever happened to melody? Songs you can sing along to?

Radio 2 is supposed to cater for us old uns but increasingly I’m tuning in to be greeted by squeaks, whistles and thud-thud-thud background beats with someone speaking over the so-called tune. I believe that last one is called cap. I also believe they’ve omitted the first letter.

I’m not saying I don’t like music with a beat. Queen is one of my favourite bands

and I love songs like "We Will Rock You". The difference between then and now is that you can join in with dear old Freddie, whereas the pounding beats of many of today’s songs bludgeon you while at the same time relaying a series of notes that appear to be unconnected.

Sound effects seem to be a thing. I heard one the other day in which a horse was being murdered at regular intervals. It sounded like that, anyway. I don’t know what the noises were meant to convey.

Another popular trend is screaming. The best, or rather worst, example of this is by Black Box. The din created by them is called "Ride on Time "and the vocalist is nothing less than a screaming banshee. This so-called song is far removed from anything you could call music and, heaven help me, when it comes on the radio, visions appear in my mind of long-range snipers: a single shot and blessed silence.

I still listen to artists such as David Bowie, Elton John and Fleetwood Mac. I’ve tried to like new stuff, I really have, but so much of it is repetitive, tuneless and frankly, to my ears, awful. If I wanted to listen to bam, bam, bam, I’d go and bash my head against the wall.

Some of us would like it much gentler, thank you very much.