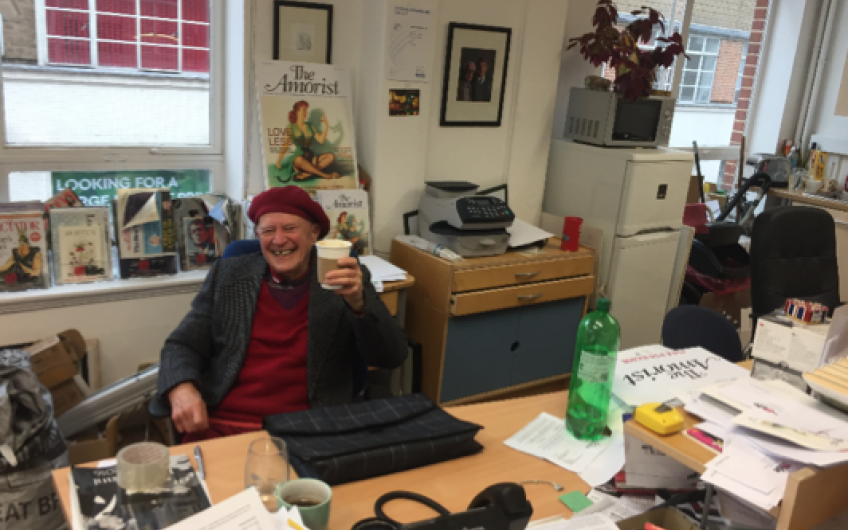 I must be eight months into my tenure at the Oldie. I continue to be surprised – and often amazed – as the ‘novelty youngster’ in what occasionally feels like the lunacy-breeding wilderness of the older generation.

As the office member who answers the phone, there are voices I’ve grown familiar with – namely Paul Bailey, John McEwen and the late Jeremy Lewis – as well as mannerisms. I’m no longer baffled when somebody says that they don’t have an email account, or frustrated – as a young person who takes herself very seriously – at being called ‘love’, ‘dearie’, ‘darling’, ‘poppet’ or, the absolute worst, ‘pet’.

At our monthly Literary Lunches, I think I might have been accepted into the inner circle. Nowadays when I answer the phone, lunches ringleader Barry Cryer will say: ‘It’s your ol’ man Baz’. Neil Spence, the photographer, greets me with a hug; David Oldroyd Bolt of the Times Diary, who, I hope won’t mind me saying, is thirty going on sixty, is widely believed to be my ‘work crush’. Reader Anne Husk, a Literary Lunch regular, gave me a book by Rory Stewart that she’d given to all her grandchildren as an apology for holding me up on the phone. Elizabeth Poston, who works at Hatchards, has even suggested we spend time together, outside of work – this can only be a good thing.

At 27, I’ve become a regular on the ‘memorial service’ circuit, rather than the weddings I had rather hoped for, following the great round of 21st birthdays.

Despite all this groundwork, however, nothing could have prepared me for ninety-year-old actor Trader Faulkner’s visit to the office last Friday (pictured). He came to Oldie Towers to drop off some articles. A vision – ‘You've got to look the part’ – in head-to-foot scarlet, with a flaming beret and embroidered cowboy boots, about as conspicuous as ‘Where’s Wally’ and a battleship on our vigilant office manager’s CCTV radar.

All his bravado disguised partial blindness (‘I pretend I don’t have it, so I’m not treated any differently’). Over coffee and shortbread, Trader told tales of run-ins with Vera Lynn, John Gielgud and being taught flamenco by a legless – literally – instructor. The Oldie editorial team – Harry, Deborah and I – were invited for a slap-up Saturday lunch at the Muffin Man off High Street Kensington in return for our hospitality. We’ve also been invited to his birthday party on 19th June. Oldie editor Harry, who has been to Buckingham Palace, The Ned and an ultra-glamorous wedding in Azerbaijan in the past month, thanked him for sorting his social diary for the summer.

It’s for reasons like this that I love working at The Oldie. People such as Trader are simply not encountered in normal everyday life. Like Trader, a lot – of course, not all – of the Oldie readers whom I get to meet, speak to on the phone or receive letters from, are fun and batty and eccentric. They have the very best of stories and deep minds, full to the brim with experience and knowledge. I can only hope to be a shadow of that if I live to see the grand age of ninety.

My next blog post will be a dispatch from the front line of the bakery counter of the Muffin Man. 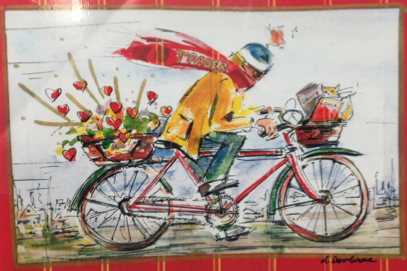 A thank you note from Trader (pictured)

Inside Louisiana State Penitentiary - and its gun room