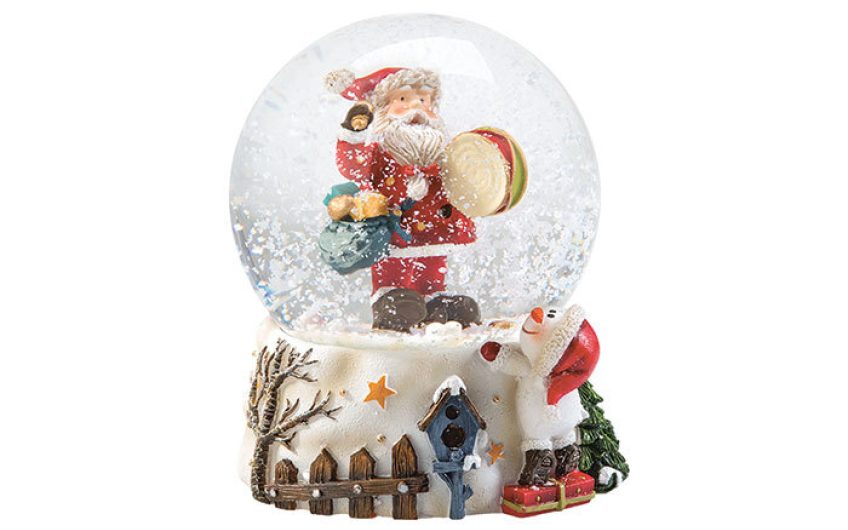 No season exposes the phantom of perfect happiness better than Christmas. For a start, despite the promises on festive cards and the fake snow sprayed on shop windows, I have never known a white Christmas. In South Wales, where my father was a butcher, the December weather was always muggy. Turkeys, too big for an ordinary domestic fridge, were returned by angry customers on Christmas Eve because they’d started to go off, and the turkeys had started to go off too.

Come Christmas Day, everyone was too knackered to enjoy themselves in my family, good cheer not quite in evidence. I was always in a bad mood anyway because I hated receiving clothes as gifts – my first articulate utterance, allegedly, was when I shouted from my cot, ‘I don’t want any bloody wool!’ In the end I’d grope each parcel I was given and if I suspected it contained fabric, I’d toss it away ungratefully. All I wanted were pens, paper, stationery sets, inks and books. (When gallery owner Chris Beetles recently asked my old mother, 83, ‘What was Roger like as a child?’, she answered, ‘He was terrible then and he’s terrible now.’)

On Christmas morning we went to see Grandma Lewis, during the afternoon we went to see Grandma George, and in the evening, along with the rest of the nation, we had to watch Morecambe and Wise. Has anyone noticed how filthy and homophobic Eric and Ernie were? Every joke is about genitalia. ‘It’s nice out’ – ‘There’s no answer to that’; ‘They can’t touch you for it’ – ‘Pardon ?’; ‘Are you holding it ?’ – ‘Watch it, sunshine’. How terrified everyone was in the Seventies about what were called poofs. Light entertainment was thoroughly impure, cheap and tortuous. The other programme we all watched at Christmas was Billy Smart’s Circus, with plenty of performing animals.

Boxing Day meant the Tredegar Farmers’ Hunt, of which my Grandpa George was Master of Fox Hounds. It always drizzled. I’d get bored. To my knowledge no fox was ever seen, let alone killed. On 26th December these days everyone is at Gatwick, flying off on ski trips. That was unheard of in my childhood. Instead, the one big excitement, for the womenfolk at least, was the ceremony of returning their presents to Marks & Spencer in Cardiff, exchanging scarves and cardigans for bigger sizes and different colours.

Nevertheless, despite the damp and grey weather, and the rain tinkling in the dark, I’ve always stubbornly held the belief – and still hold it, in fact – that the perfect Christmas exists somewhere.

Fat chance. I took my children to Vermont one year. For the first time in history Vermont enjoyed a warm spell. It made for headlines in New England. We stayed in a terrible motel in Stowe run by English people, worse than the Fawltys. The chalets were clogged with dog hairs. Oscar, my middle son, was sick and we were charged extra for the laundry. At Midnight Mass the choir was filled with Von Trapps, who’d settled thereabouts when on the run from the Nazis and Julie Andrews. The Von Trapp lodge in Stowe, Vermont, subsequently burned down.

We then tried St Wolfgang in Austria, encouraged by the idyllic photographs in the brochure of a frozen, sparkling lake, with everybody skating. When we arrived, you could swim and sunbathe. It was the same at Lake Bled, in what was then Yugoslavia. It wasn’t even necessary to wear a coat, and I’d specially bought an Inverness Cape, with which to impress Tito.

These 20 years past I have gone to Bad Ischl for the winter. I stare at the sky but the temperature refuses to drop. Of course, the one year I didn’t go, because I was in Canada, they had such a heavy snowstorm that the fire brigade had to clamber onto rooftops to sweep away the massive drifts. Over in Alberta, they hadn’t had a snowfall since November and the once-white landscape was yellow from dog piddle.

We always erect a proper tree – I despise fake trees. I have collected thousands of little ornaments. The house is a veritable Dingley Dell. Except I am seldom there to enjoy it any longer. These days we have to trek to Butlins, where my eldest son, Tristan, is one of the entertainers. One year he was Santa Claus, and it was heartbreaking, the crayon letters he collected from the kiddies. One little lad told Santa about the presents he wanted for his dad, but it turned out he had no dad.