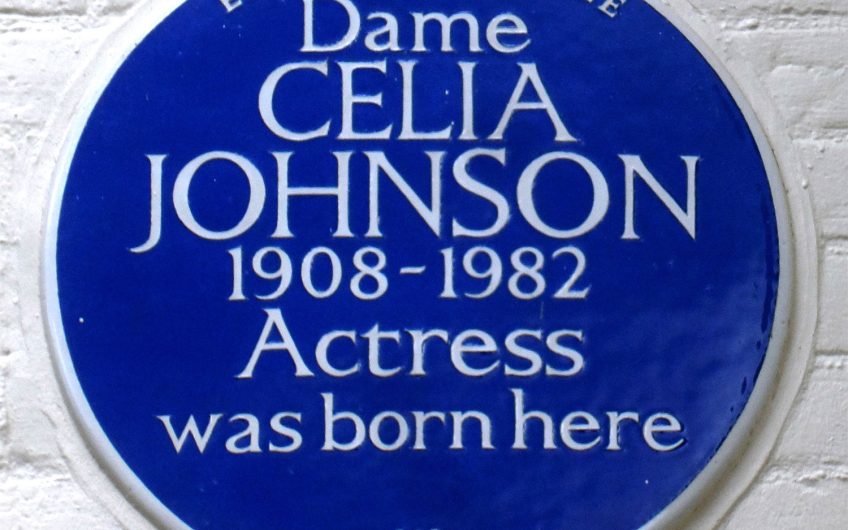 The actor Tony Britton has died at 95. Simon Williams remembers Celia Johnson, who acted on stage and screen with Britton

My wife, Lucy Fleming, and I have just returned from a short season off-Broadway with Posting Letters To The Moon, a selection of the funny and touching war-time letters of her parents, Celia Johnson and Peter Fleming.

One of the slides we use is of Celia in the first stage production of Daphne Du Maurier’s Rebecca; it shows her cowering from Margaret Rutherford’s fearsome Mrs Danvers. ‘Celia is the one on the left,’ I quipped each night, my only mother-in-law joke. Although she wasn’t technically - Lucy and I didn’t actually marry till after her death in 1982, aged 73.

Whenever my father, the actor/playwright Hugh Williams finished a new play, he would always send it to Celia first. ‘She’d be perfect in it,’ he’d say.

She was every producer’s go-to star. My father first worked with Celia in Pride and Prejudice in 1935, as Darcy to her Elizabeth. When they did his play, The Grass is Greener, together in 1956, I often visited backstage and was always told, ‘You’ve just missed Lucy.’ (A recurring theme of my life.) Celia had two daughters, I’d heard: Kate who was graceful and brainy and Lucy, a pony-crazed tomboy who wanted to be an actress. She sounded perfect to me.

Everyone had fun working with Celia. It was poor form in those days to take acting too seriously – if it didn’t look effortless, you weren’t working hard enough. In one scene with Dad, she had the line, ‘Who the hell do you think you are – the Count of Monte Cristo?’ One night, she got it tangled up and came out with an unprintable spoonerism - much giggling.

Lucy and I eventually met in 1968, playing brother and sister in Noël Coward’s Hay Fever, with her mum as the theatrical matriarch, Judith Bliss. In the first scene, I had to light a cigarette for Celia and put it into her hand as she passed. At the dress rehearsal, without our glasses on, it was chaos with me myopically galumphing across the stage after her to dock the cigarette between her fingers – a very happy production.

Of course I fell instantly for Lucy – the way everyone did – but somehow I missed the elusive ‘right moment’ to own up; it might have ruined things if I had. We became good friends until later on.

When Celia got wind that we had upgraded our friendship, she picked her moment perfectly for a chat. Fixing me with those huge eyes, she warned me very sweetly that if I messed her daughter about, she’d kill me, adding, ‘Your father was a terrible rogue.’

Noël Coward raved about Celia’s skill, she served him well in three war-time films including the Brief Encounter (1945) with Trevor Howard, of whom she wrote with horror, ‘He’s eight years younger than me.’ Coward’s only caveat was Celia’s ‘maddening habit of having babies.’

In her acting, she had a lightning speed of thought – she could turn on an emotional sixpence. In particular she excelled at being confused or outraged. A renowned Timescrossword addict, she would leave the stage with the audience sobbing or laughing, pick up the paper in the wings and say, ‘I’ve got it – 22 down.’

When curtain-up on the first night of The Kingfisher had to be delayed for an hour because of the three-day week in 1974, the stage manager found her and Ralph Richardson drinking gin and calmly playing honeymoon bridge backstage.

After she left RADA, a producer asked her if there were any weak points in her acting and she told him, ‘I’m not very good at old men.’ Like all actors, she chose to remember only her bad reviews (they were scarce). Her favourite was for her Juliet on BBC Radio when she was 41 . It read, ‘Old actress ruins play.’

She was modest and self–deprecating in her work and in her life. When she saw ‘the rushes’ of In Which We Serve (1942), (google her speech to the ship’s company about being the captain’s wife and have a hanky ready), she was disappointed. ‘I looked like a soused herring,’ she said. With the same modesty, a wartime love letter to Peter ended, ‘Don’t remember me as too nice or beautiful or funny because then you’ll be disappointed.’

She adapted quickly to the challenge of the movie camera: ‘I do like acting even in such an unsatisfactory medium as the films.’ But she found the prospect of Brief Encounterdaunting. ‘It’ll be pretty unadulterated Johnson,’ she said.

Brief Encounter‘s director, David Lean, knew he’d struck gold with Celia. She had the everyman quality that you see in Judi Dench today – never a false note. Imagine her part played by one of the glam pusses, Anna Neagle or Jean Kent.

Despite the frequent parody of period accents nowadays, Celia was not the worst offender of irritating-vowel syndrome. She never pronounced ‘happy’ as ‘heppy’. Diction like hemlines has shifted over the years – even the plum in the mouth of our Queen has softened up. Celia’s trump card was ‘stoic Englishness’. Her voice had an effortless, youthful tone that could switch from sad to funny in the bat of an eyelid. There was something of a gurgle in it.

She had forays away from middle-class posh. Her cockney Ethel Gibbons in (1944) and her fierce Edinburgh headmistress in >i class="yiv7836490252">The Prime of Miss Jean Brodie(1969) were both done with her trademark lightness. She read verse with simplicity and none of the awful pious tones we frequently get.

Often, when she was alone in the house, we would find her sitting on her heels on the floor, playing patience with her glasses on top of her head and her back to the television.

On one occasion, she offered me a lift to London but, after a couple miles, she pulled in and asked me to drive, saying, ‘I’m really not very good at it.’

Even in her seventies, she was physically supple and youthful, with the giggle of a schoolgirl. She was a much adored ‘Gamma’, every child’s dream grandparent. On the tennis court, she was the perfect mixed-doubles partner – gales of laughter and the odd flukey drop shot. She did everything quickly – always moving as if she’d forgotten something. She loved Rod Stewart - on her seventieth birthday, we all danced to Sailing on auto-repeat.

She found fun in almost everything except cooking. Her domestic life was punctuated by the vagaries of one cook after another. She once said, ‘Changing things from raw to cooked is a problem I do not understand.’

She didn’t win an Oscar for Brief Encounter but, years later, by way of compensation, she bought herself a wayward brown Labrador and called it Oscar (so she had one after all). He probably gave her more pleasure than the statuette would have done. She was quietly thrilled to be ‘damed’ in 1981. Asked if she had any unfulfilled ambitions, she said, ‘I’d like to have leant against walls in thrillers.’

Self-mockery was her default position. When the question of an autobiography cropped up, she said she wouldn’t write it because ‘I never had an affair with Frank Sinatra and if I had had, I wouldn’t tell anyone.’

I’m sure she hadn’t and wouldn’t.

Happy 100th birthday to a great Australian. By Mark McGinness