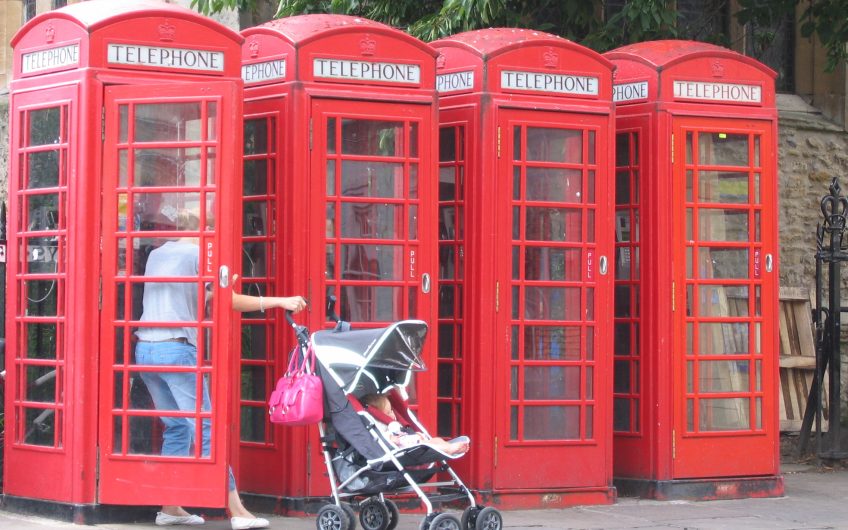 5,000 phone boxes are to be saved by BT. On the centenary of the first kiosks, Justin Warshaw made a staggering discovery

K is for kiosk, a word borrowed from the Ottomans for the ornate but functional covered stalls found nationwide by the middle of Queen Victoria’s reign and adopted by the nascent telecoms industry to describe the housing for public telephones.

The red telephone box, or more properly kiosk, is among the most enduring and ubiquitous of British symbols. Over seventy thousand were installed, of which some eight thousand remain. Those left still have a significant impact on our urban spaces and rural landscapes, despite having no modern purpose: you are more likely to see a defibrillator, village library or mini coffee shop in a telephone kiosk than a millennial making a call.

The most common of the surviving red boxes is the K6 designed in celebration of George V’s Silver Jubilee on May 6, 1935 but rolled out with good old fashioned GPO efficiency ten months late and a few weeks after the king’s funeral. The “K” in the name stands for kiosk and unsurprisingly there were five kiosks which predated the K6. The first in the series, the K1, was launched in 1921. This year is the centennial of the K series, mother of all our red phone boxes.

The genesis of that landmark moment began in 1896 with the gradual introduction of state control of telecommunications. By 1913, the GPO had taken over all local telephone companies except in Hull, which remained independent until the break-up of BT’s monopoly. Telephone kiosks came in many local shapes, colours and sizes, some even with their own attendant. The GPO had plans for a uniform red kiosk matching their red liveried pillar boxes but the First World War and the Spanish ‘Flu delayed the process.

The first attempt at uniformity was a pretty drab affair. The K1 looked like a cheap sentry box, a cream painted concrete block with a red wooden door and red window frames. It carried no government or royal logos. It was unpopular and considered crude and old fashioned. Many London boroughs refused permission for installation on aesthetic grounds.

The Postmaster General, one Neville Chamberlain, passed the problem to a committee of Metropolitan Boroughs. Their proposed designs were uninspiring and ignored. The first Labour Government was more proactive, inviting the newly established Royal Fine Art Commission to give guidance. The Commissioners, under the guiding hand of Sir Edwin Lutyens, plumped for a closed competition of three selected architects: two Scotsmen and one Englishman, called Scott.

The creator of the Scottish National War Memorial, Sir Robert Lorimer, produced a fussy design with a Chinese-inspired double roof. The architect of the King Edward VII wing at the back of the British Museum, Sir John Burnet, proposed a kiosk which looked like a big Beaux-Arts lampshade or huge birdcage.

The clear winner was Sir Giles Gilbert Scott, architect of the Anglican Cathedral in Liverpool and grandson of Sir Gilbert Scott, designer of the Albert Memorial and St Pancras Station. Scott’s K2 is a masterpiece of industrial design.

Although inspired by the tomb of Sir John Soane in St Pancras Churchyard, it is by no means Soanian or even conventionally classical. It represents an adaptation of Classicism to an unprecedented purpose and outshines its inspiration.

The acme of its melding of utility with art is the perforated Tudor Crown, symbolising authority and modernity while providing ventilation. Scott recommended that his kiosk be painted silver. The GPO ignored Scott’s recommendation and the first K2s appeared on the streets of London in 1926, painted red. They were an instant public hit but were considered too expensive to install outside London except in grand municipal settings.

Following his success, Scott was commissioned to design a cheaper model for the rest of the country. In 1929, the K3 was launched, a modest concrete version of the K2, with a lowered dome and no room for a crown. The one surviving K3 still in use is located next to the Parrot House at London Zoo – a rare bird indeed.

The K4 arrived in 1930 without Scott’s input. It was a monstrosity, a modified stretched version of the K2, a call box and mini post-office with stamp machines, post box and grotesque proportions. A handful remain scattered around the country, blocking thoroughfares and obscuring views.

In 1935, the K5, a pop-up wooden version of the K3 for temporary use, appeared. Its use was short lived, and no examples survive. That same year Scott was commissioned to produce a kiosk to celebrate the Jubilee.

With the K6, he simplified and altered the design of the K2 to produce a cheaper and less obstructive version. The Soanian dome was retained, the reeded fluting removed, the central glazing panels enlarged to improve lighting and the perforated crown replaced with a cast version. The effect, although less monumental than the K2, is in many ways more striking and reflects the developing language of modernity in Scott’s contemporaneous designs including Battersea Power Station and Cambridge University Library.
The K6 remained in production until 1968 with only two noticeable changes. First in 1953, the Tudor Crown, used as the regnal symbol by the four preceding kings, was replaced by a St Edward’s Crown to reflect the newly crowned queen’s reversion to the insignia used her great great grandmother. Second in 1955, following a bomb attack on a Scottish pillar box by terrorists quaintly but violently protesting the use of the Second to describe their first Queen Elizabeth, modifications were made to allow installation of the Scottish Crown north of the border.

Scott’s K6 was the last proper red telephone box. The K7 was an aluminium horror without a speck of red paint. A dozen were installed in London in 1962. Production went no further. The last hurrah for the K series entered production in 1968. The K8 was cast iron and red but there the similarities ended. Eleven thousand of these eyesores were installed. Fewer than fifty survive.

Last year saw a marked increase in new hobbies and home improvement. For me it was spring cleaning the dilapidated and heavily graffitied K6 outside my home in Maida Vale.

As I jet washed, I was struck by the integrity and beauty of Scott’s little masterpiece. On my lockdown walks and runs, I paused at every kiosk admiring this prince of street furniture.

The crowns never failed to catch my eye. I noticed two distinct styles of Tudor Crown on the K6. One was more three dimensional than the other, which was altogether flatter. I was hooked and intrigued.

I wanted an answer to explain the difference. The K6 was introduced in 1936, the year of three kings. Did the change in style of Tudor Crown reflect a change in king observable on the crowns of pillar boxes and military ranks? None of the literature addressed the question.

I consulted the greatest experts, authors of the seminal works on phone boxes. To my unbridled excitement, the distinction had not been noticed. A kindly professor of Telecommunications warned me sternly about the perils of my new obsession and, predictably, on one cold December morning, I was a caught red handed inspecting foundry marks on a K6 in Covent Garden by a rival lawyer. I rather hope he thought I was collecting massage cards.

After extensive similar investigations all over London, I found the answer to my conundrum and demonstrated to the satisfaction of the experts that only two of the five manufacturing foundries produced the flatter Tudor Crown, an exciting new kiosk discovery made in the nick of time for the celebration of the K series Centennial.