My Irish home is a ghost town - John McEntee 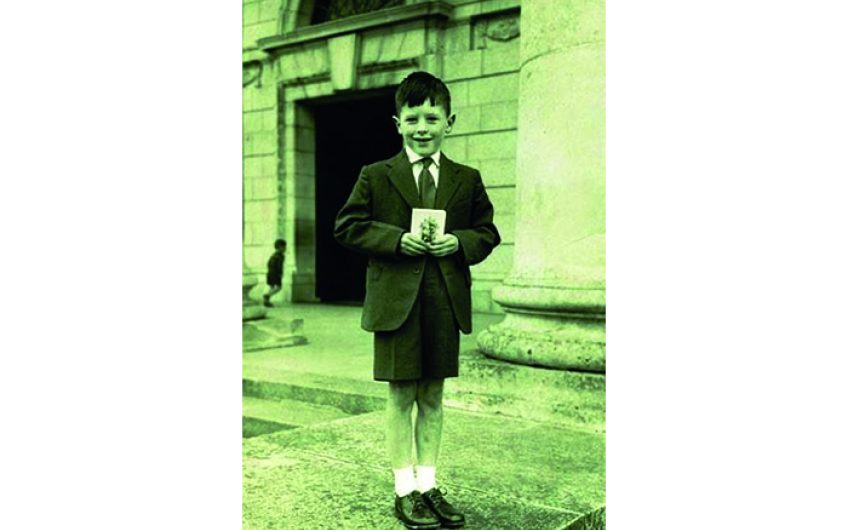 When John McEntee’s sisters bought back the family house in Cavan, he found the place unchanged – except his friends are in the cemetery

Returning for Christmas for the first time in 40 years to my home town, Cavan, was a curious experience.

My sisters, Ann in Boston and Grainne in Brazil, had joined forces to buy our family terraced house in Church Street. They were coming home – so why not me, too?

Nudging 70, I’m afraid many of my friends are no longer alive. The town is mostly alien to me. It remains much the same architecturally, just with new people occupying all the familiar bars and shops and homesteads.

But nearly everyone I grew up alongside is gone, resting in Killygarry or Cullies cemeteries, whose serried boulevards replicate the streets where I grew up. Paddy Elliot, John Sullivan, Baby Whelan, Margaret English, Mollie Soden, Tommy Brides…

There are too many memories. Church Street, where I was raised, still, in my memory, retains the Surgical Hospital, Paddy Maloney’s palatial house, Gheoghan’s, Gough’s, Phil Gargan’s Ritz Bar, the post office, Whelan’s. Further afield, there are the ghosts of the old market in the square, Foster’s newsagents, Murray’s garage, Mrs Cullen atop the Town Hall, Woolworths, the Ulster Arms, the County Hotel on the corner opposite McDonald Hub Bar…

Onwards to Railway Road’s Rivals Inn – later the Lakeland – within earshot of phantom steam trains departing for Clones. And the long-gone wall opposite, where Edward English showed me the finger imprint in wet cement where

his sister memorialised her finger

shortly before she drowned in the adjoining river…

Frank Conlan recorded the visit of two farmers who, on Fair Day, were told by Eugene, ‘We’re stocktaking – come

And there, atop Farnham Street, resides the old De La Salle primary school, where long ago my favourite Brother Francis tickled my privates, exhorting me to join the football team and the recorder band.

All is the same but different. My head fills with the laughter of growing up. Stealing golf trollies at Cock Hill and discovering that the buckled wheels at the bottom of the hill belonged to Surgeon Maloney. The garage proprietor known for his profanity, ‘Double F’ Donoghue, trying to sell an Austin A40, farting oil, to my cousin Michael and me.

We were trying to buy a staff car for our dance-hall empire – neither of us had a licence. We auditioned go-go dancers for our disastrous disco in a hall behind the Rivals Inn.

At Christmas, this was the haunted town where I nudged my Avis car down a rainswept College Street to meet my sisters, Ann and Grainne, and brother Desmond in the Abbey Bar. I pointed the hired motor towards Main Street and a kebab shop next to the road leading to the peak of Cock Hill and the reservation housing Ireland’s dispossessed travellers.

Wishing the Turkish and Croatian kebab-providers a merry Christmas, I clambered into the car. Suddenly the passenger door opened and a young man clambered in. He said, ‘I’ll give you anything to take me up the hill. My mother is sick.’

In tandem, the back doors opened. Two easy-on-the-eye girls and two teenage boys piled in. My travel bag was perched on one of the back seats. My new female traveller simply lifted her elegant legs and placed them over the bag, either side of the headrest. Fait accompli.

I started the car and turned left towards the sick mother’s home. ‘Left, right, left again,’ declared my navigator next to me. ‘Pull up here!’

He offered me money. I declined. As they evacuated the car, I declared, ‘Consider this a festive gift from the McEntees of Church Street.’

I finally arrived at the family home, gloriously bought by my siblings. Ann asked, ‘What took you so long?’

I explained, telling her about my parting exhortation.

‘Thanks, John,’ she replied, drily. ‘Now they know where we live.’

In defence of clichés