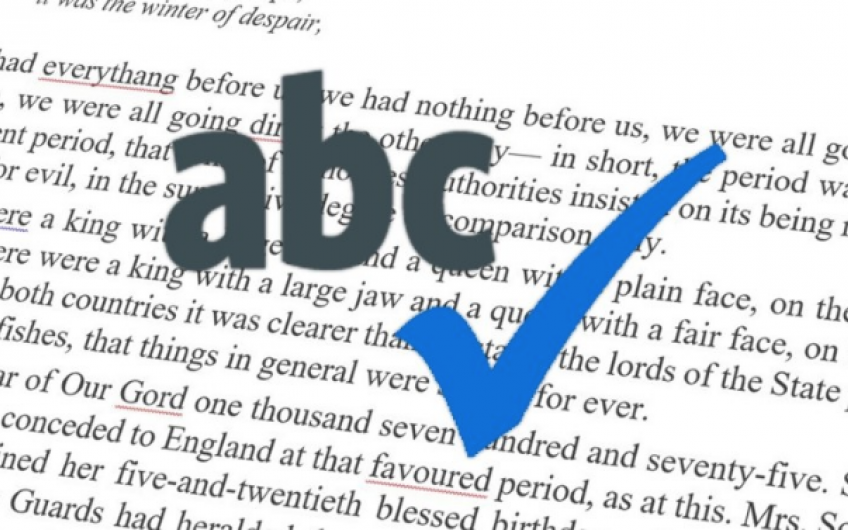 Yesterday the spellchecker on my computer decided to question the name Grossmith – as in George and Weedon, the authors of The Diary of a Nobody. It offered me four alternatives, including Grossmont and Ironsmith. I decided to ignore these suggestions and added Grossmith to my ever-expanding working dictionary.

Ignoring, and correcting, the spellchecker is a daily ritual now. My robotic adviser, or advisor, and I have developed an ongoing relationship. I picture my designated teacher as a man with a crisis of identity. In his particular case, it’s (I am poised for him to suggest its) to do with language. For example, the instructions for this computer always refer to a ‘program’, which is recognised American; yet, the other day, when I wrote about the New York poet Frank O’Hara and quoted a line containing the word ‘color’– he’s querying it again! – he got indignant and asserted his English right, so to speak, to use ‘colour’. Whose side is he on? Oh yes, there’s the continuing problem with ‘whose’ and ‘who’s’ – my regulated teacher advises the latter in almost every circumstance, even when I am not contracting ‘who is’ to ‘who’s’. He often seems determined to make his reluctant student look foolish.

The only matter on which the spellchecker is reliable is spacing. He can be trusted with the design of a paragraph. That’s what he’s been programmed to do with prose. Try writing out a poem in which the opening word in most lines has to be set in lower case and he will be insistent that ‘the’ or ‘but’ has to be ‘The’ and ‘But’. It’s then that I tap ‘Ignore once’ a dozen times before those little blue squiggles under the offending ‘the’ disappear. Thank God I take a pill to steady my blood pressure.

He’s useless with foreign languages and unacquainted with the way certain English words were spelled, or spelt, in previous centuries. He’s more hindrance than help. I’m told that I could delete him with one tap on the keyboard. Yet I haven’t the heart to dispense with his irritating services. I must be mad, but I have to confess he makes my day. Every cliché I’ve set down is for his benefit and I hope he is duly grateful.

What is Heavy Metal? - Jessica Berens